Odroid is secured in place

It's time to mount everything in place.
I've cut several straps out of 1mm aluminum, each is approx. 1x2cm 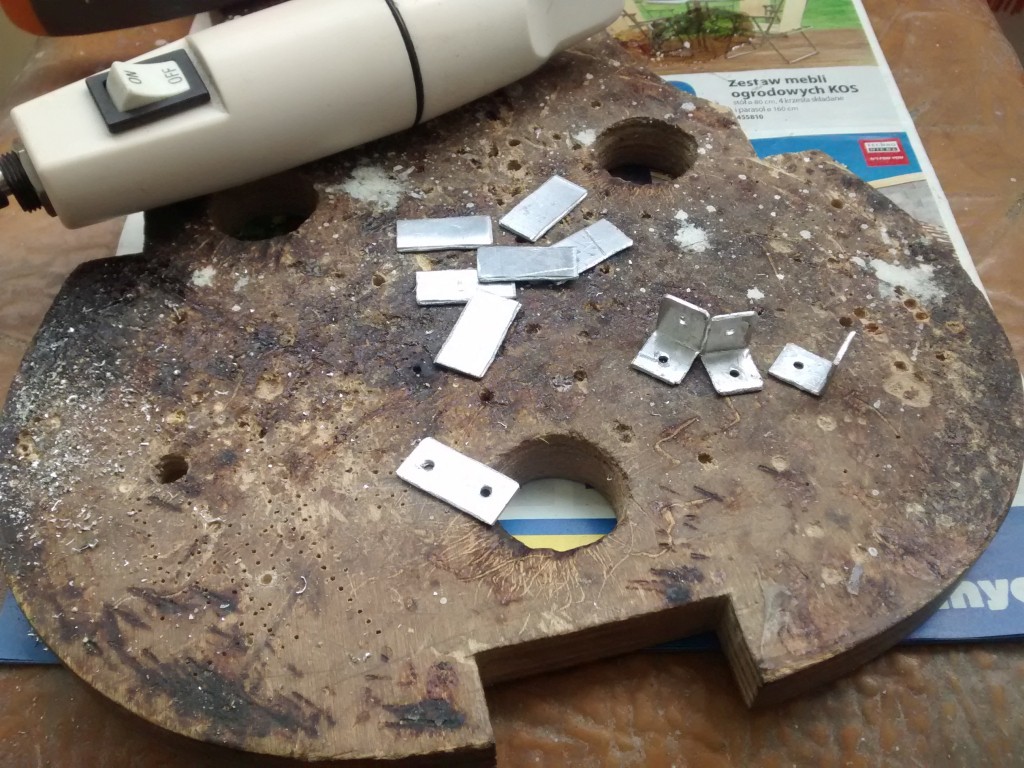 Bent ones are used to hold the DVD: 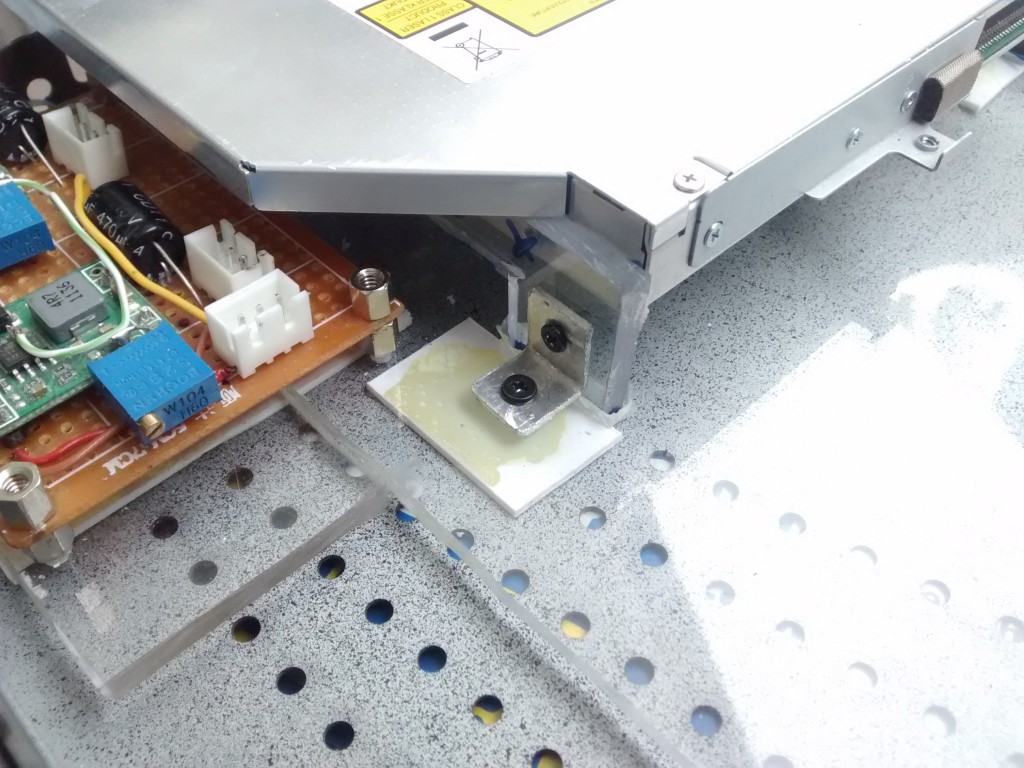 4 straps are attached to the Odroid cooler,. Each one is screwed to the cooler and to the main plate using M2 screws: 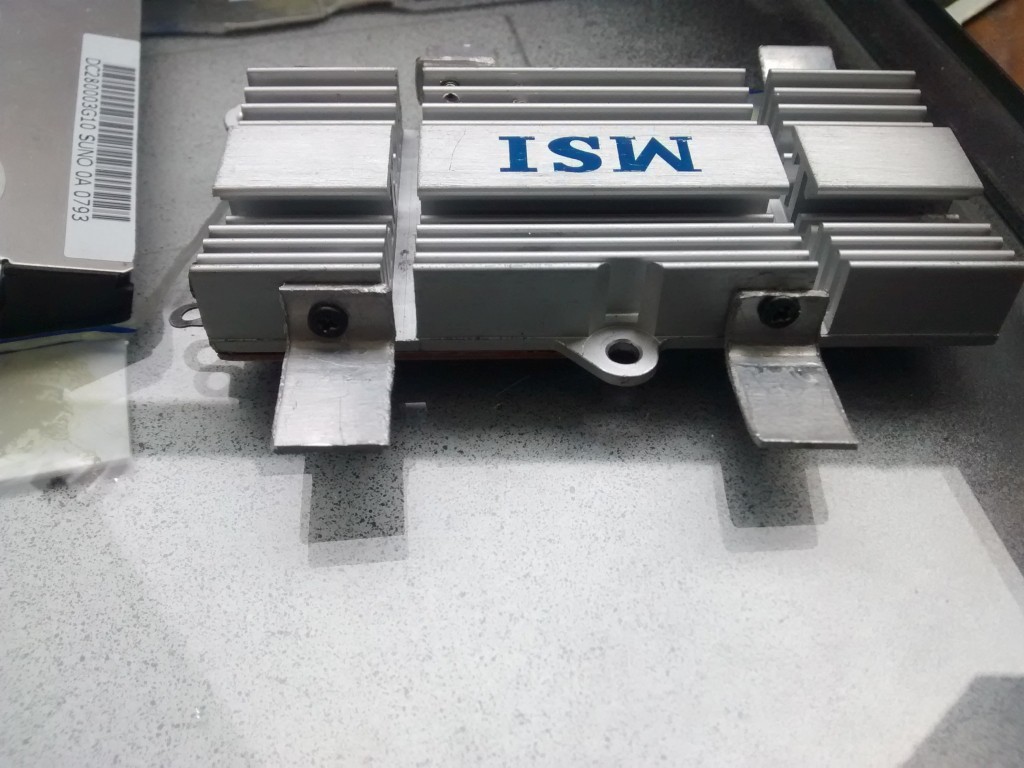 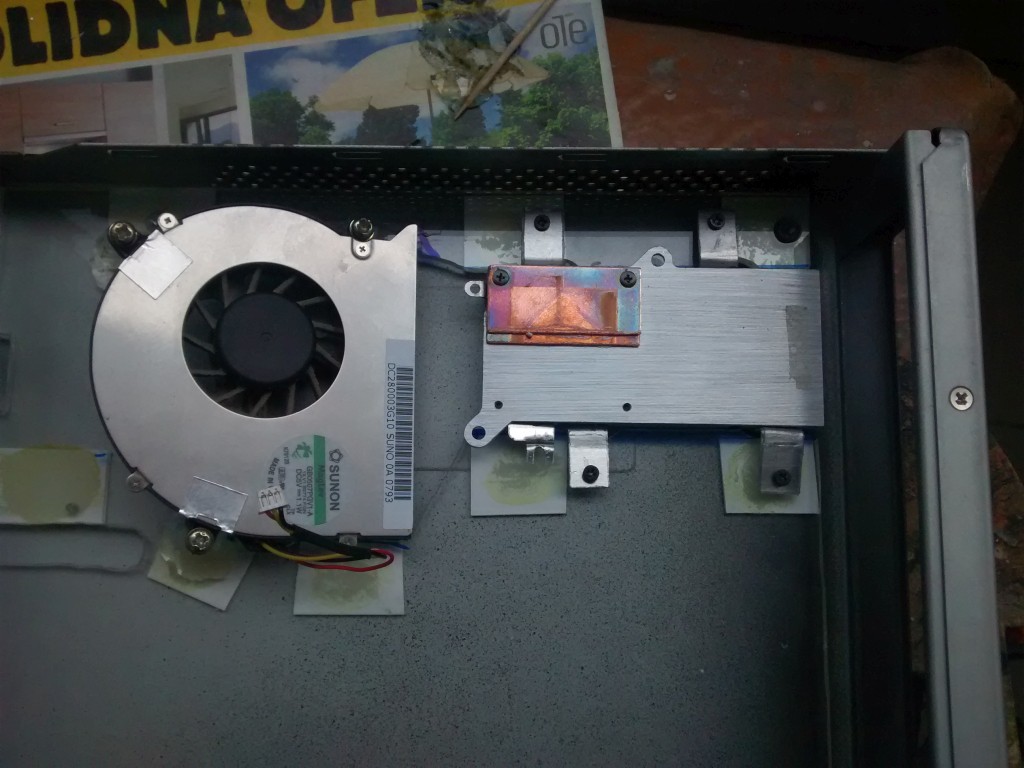 They are bent unevenly, horizontal part is long enough to allow attaching cooler to the main plate with Odroid in place,also they do not touch Odroid: 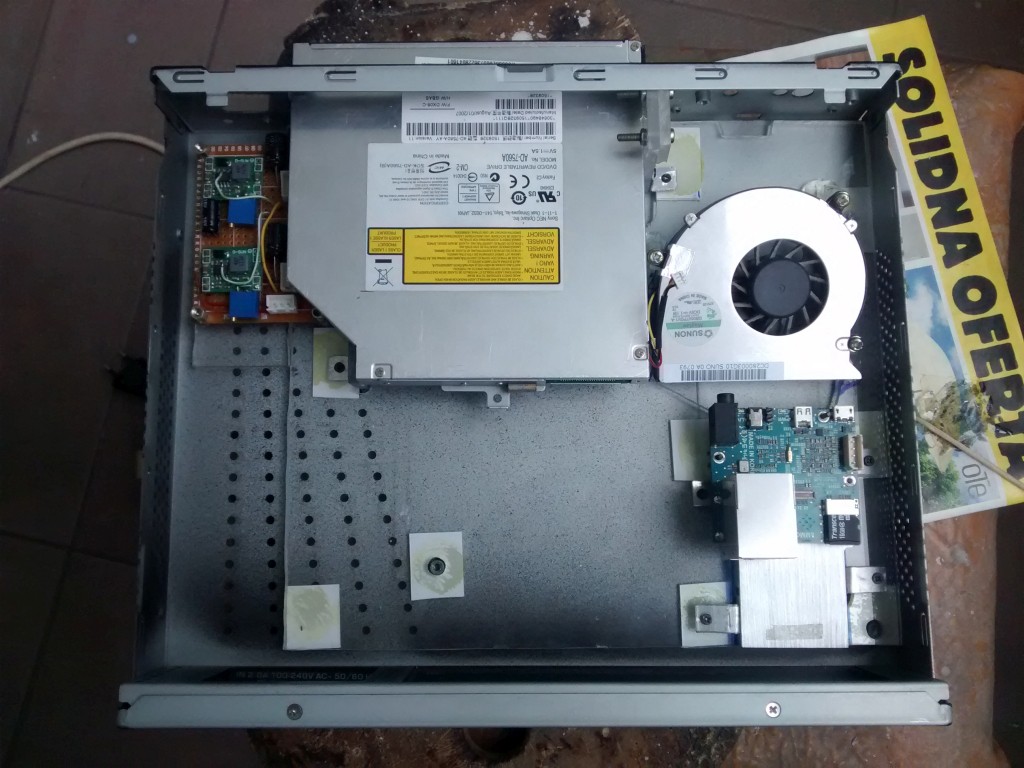 Cooler straps have some free space above the main plate, when screws are tightened they will press the cooler against the case which should (hopefully) help in dispatching the heat.

Photoresistor mount- made from acrylic leftovers, 2 screws are used for each surface to prevent it from moving: 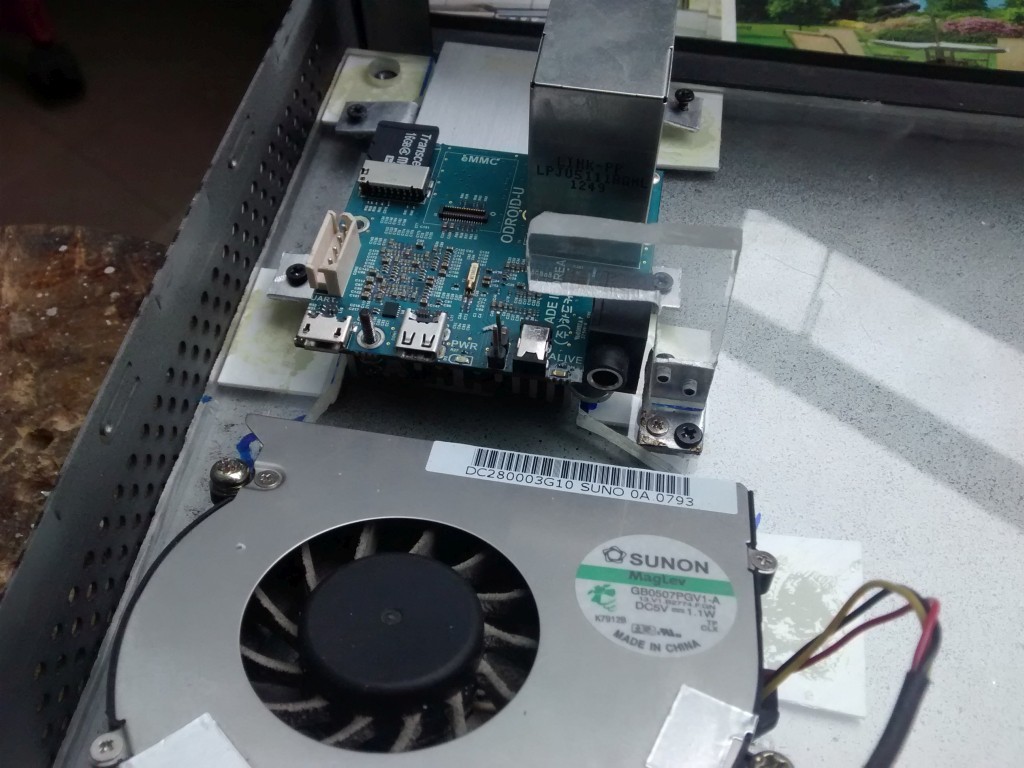 PowerCtrl board is shrinked in half :) I didn't mount the calibration led, it will be attached temporarily only. On the left side the old board for comparison: 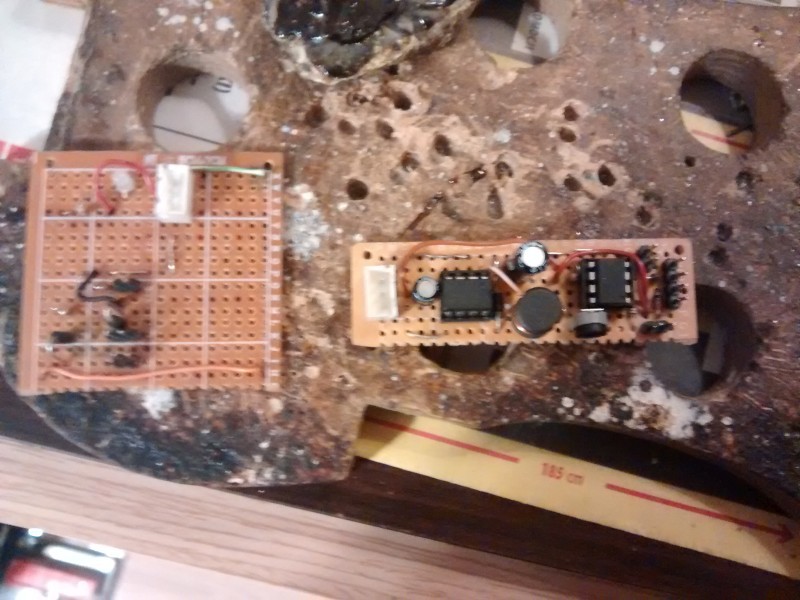 Board is mounted right beside the fan. This will lower cable clutter- power switch (and led) are attached using original short cable, photoresistor won't have to have a long one too: 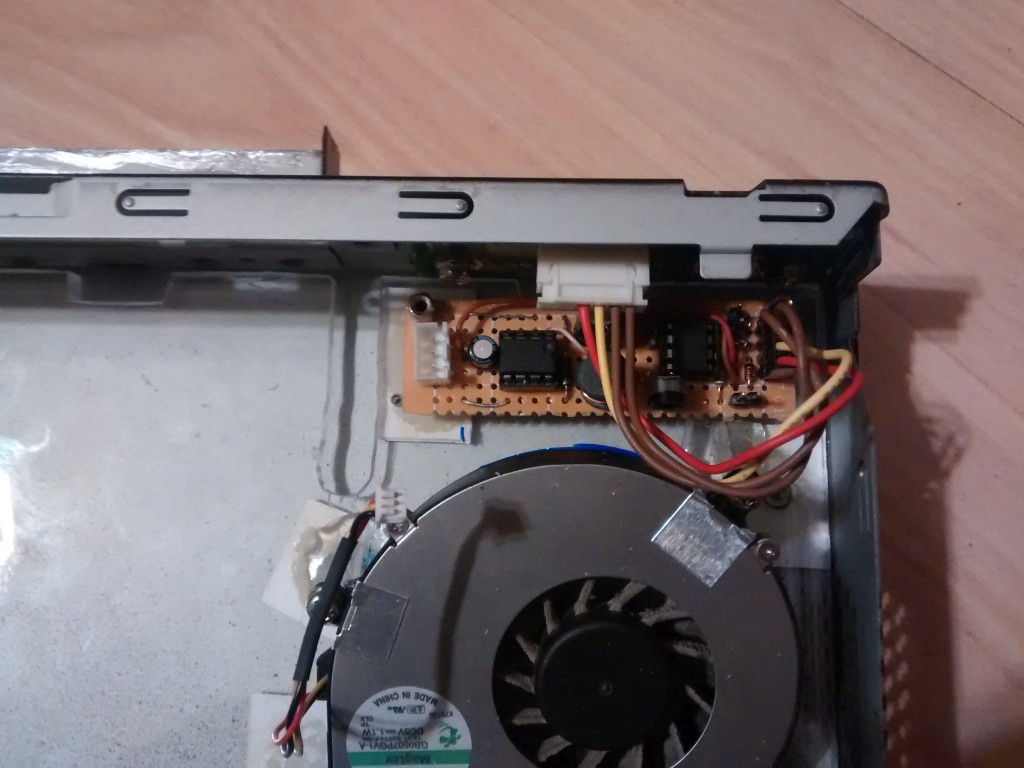