ALS and the Mk5 hand

Myself and Steve both have ALS. When you've had it for a while, like we have, your health becomes very fragile. Steve had pneumonia recently, which prevented him from working on Eyedrivomatic for a month. Last week was my turn. I can no longer swallow, and for the last two years I have been fed through a tube in my stomach. Last week I stopped being able to tolerate the food at all. After three days without food I was rushed into hospital. The doctors fiddled with my medication, and the situation improved a little. I am out of hospital now, and feeding again - enough to keep me alive, though with a distressing amount of nausea attached. This makes perfecting Eyedrivomatic all the more urgent. While it works well now, there are too many loose ends for others to take over easily were I to die unexpectedly. The system works well, but it needs more fine tuning on the electronic hand, and time spent making the software more plug and play.

The Mk5 electronic hand is now in it's fifth sub prototype. The left right servo was moving excessively compared to the forwards backwards one, so I redesigned it. I moved the pivot point for the main cradle one centimetre lower, which hopefully will restore the balance between the x and y movement. I'm posting it to Steve for testing today. Meanwhile i'm redesigning it a further time as it's too hard to build at the moment. An easy build process is very important to us, as the end user is unlikely to be an engineer. 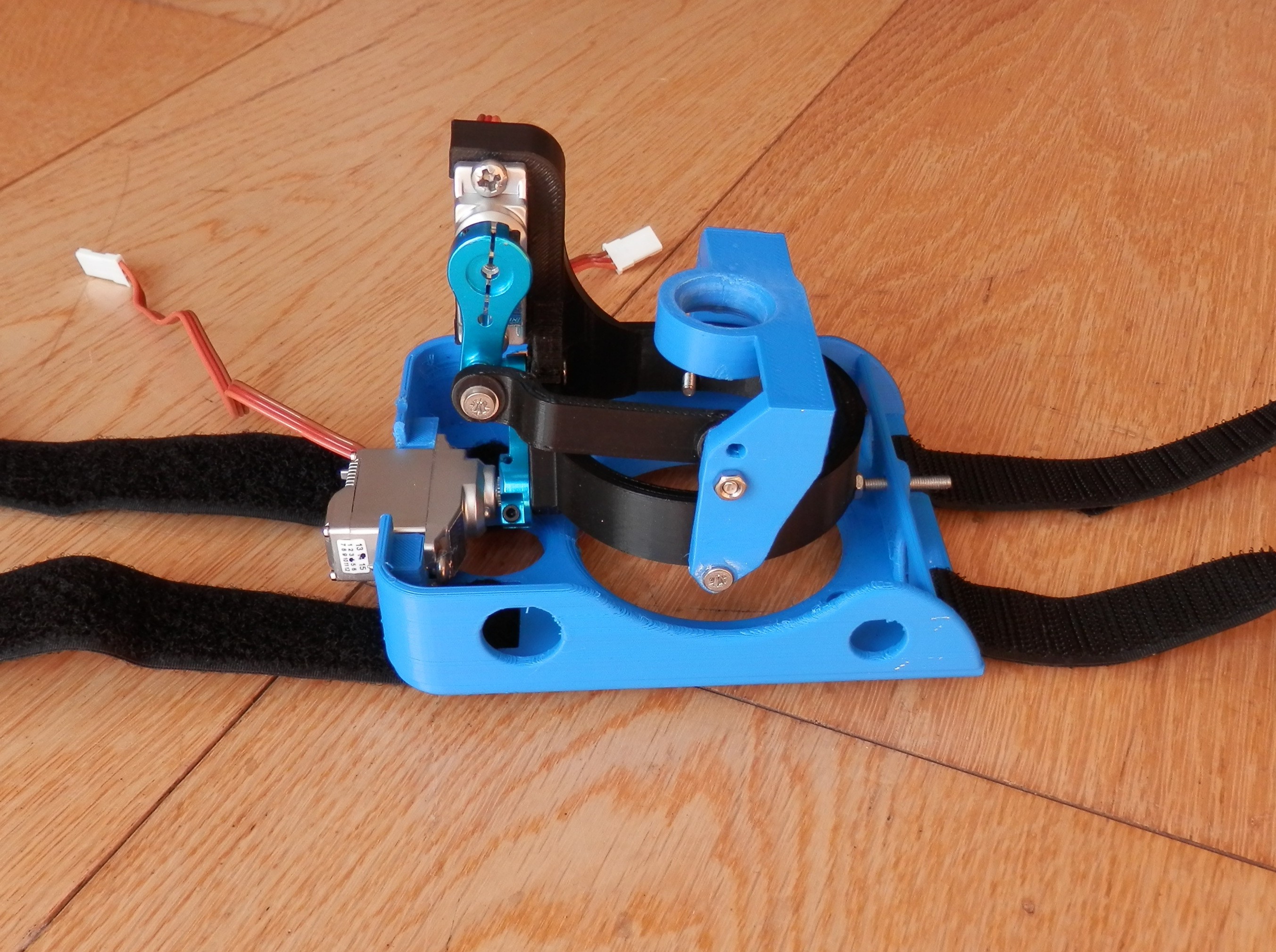 We've had a lot of interest from disabled people wanting their own Eyedrivomatic systems. As soon as the Mk5b has proved itself, we'll start producing units for beta testing.

Eyedrivomatic at the Race Track