First off, I received the LightBlue Bean from Hackaday's weekly prize giveaway so a big thanks for that! I'm continuing with the design of seeing if I can mesh it with the lightning sensor.

I'm working (well, trying to work) with Autodesk Fusion 360 to modify the starting design to accommodate the width of the breakout (it's a rectangle about 2.4 x 2.6 cm), so it's a bit wider than the LBB (which is a svelte 2.1 cm wide). Sadly however, my Fusion 360 skills are not yet up to snuff at reshaping that part. I was at least able to remove one of the tabs, and increase the hole size in the other one so that it can be clipped to a keychain or lanyard.

Here's where the progress is so far (still very much a work in progress): 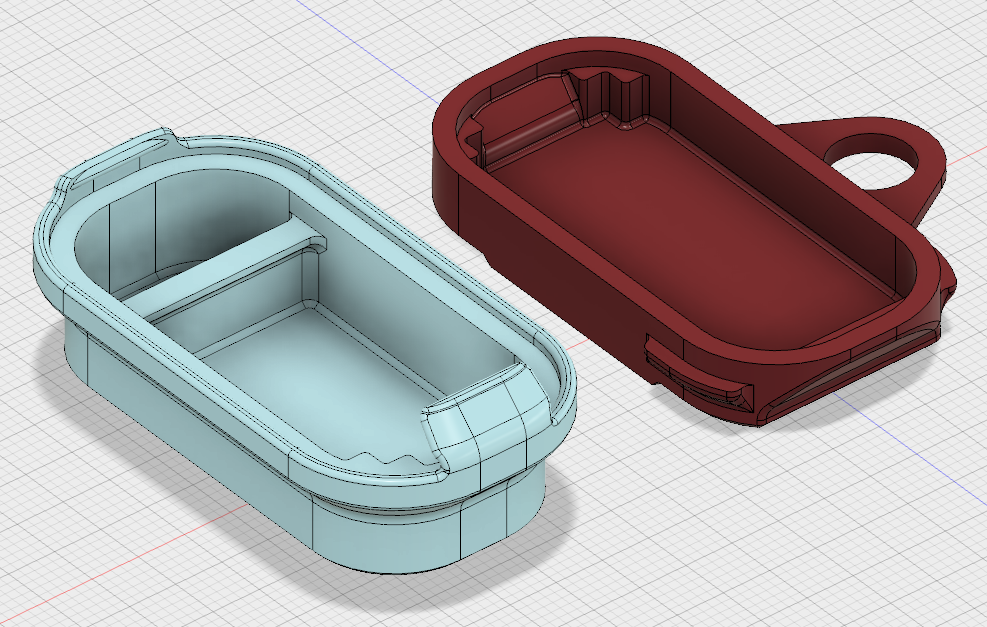 Now I apparently need to figure out how to convert the "model" to a "mesh" so I can use the sculpt tools and pull the sides of the blue part wider (without changing the lip size, if possible). I may try using another CAD/modelling tool as Fusion 360 isn't as intuitive as I'd like (and I've used other 2D CAD tools in the past, plus years of Photoshop experience, but I'm still struggling with this one)

I think I'll also try to raise the lanyard tab so it's closer to the center of gravity of the combined case. The original design was meant to be screwed onto a surface, not worn hanging. The current design I screenshot (screenshotted?) above would hang kinda lopsided.

Since I don't own a 3D printer (not yet, anyway, but eventually I hope to) I'm hoping to also score some of that Shapeways gift credit that I could use to start prototyping the enclosure designs with.