Node 0 (right in the image) and node 1 (left in the image) are now up and running. I have made node 0 using an arduino nano and NRF24L01 with an antenna, this is now plugged in to my server and connected to openHAB. Node 1 now has a DHT11 temperature sensor attached and transmits information to node 0 which shows up in openHAB. 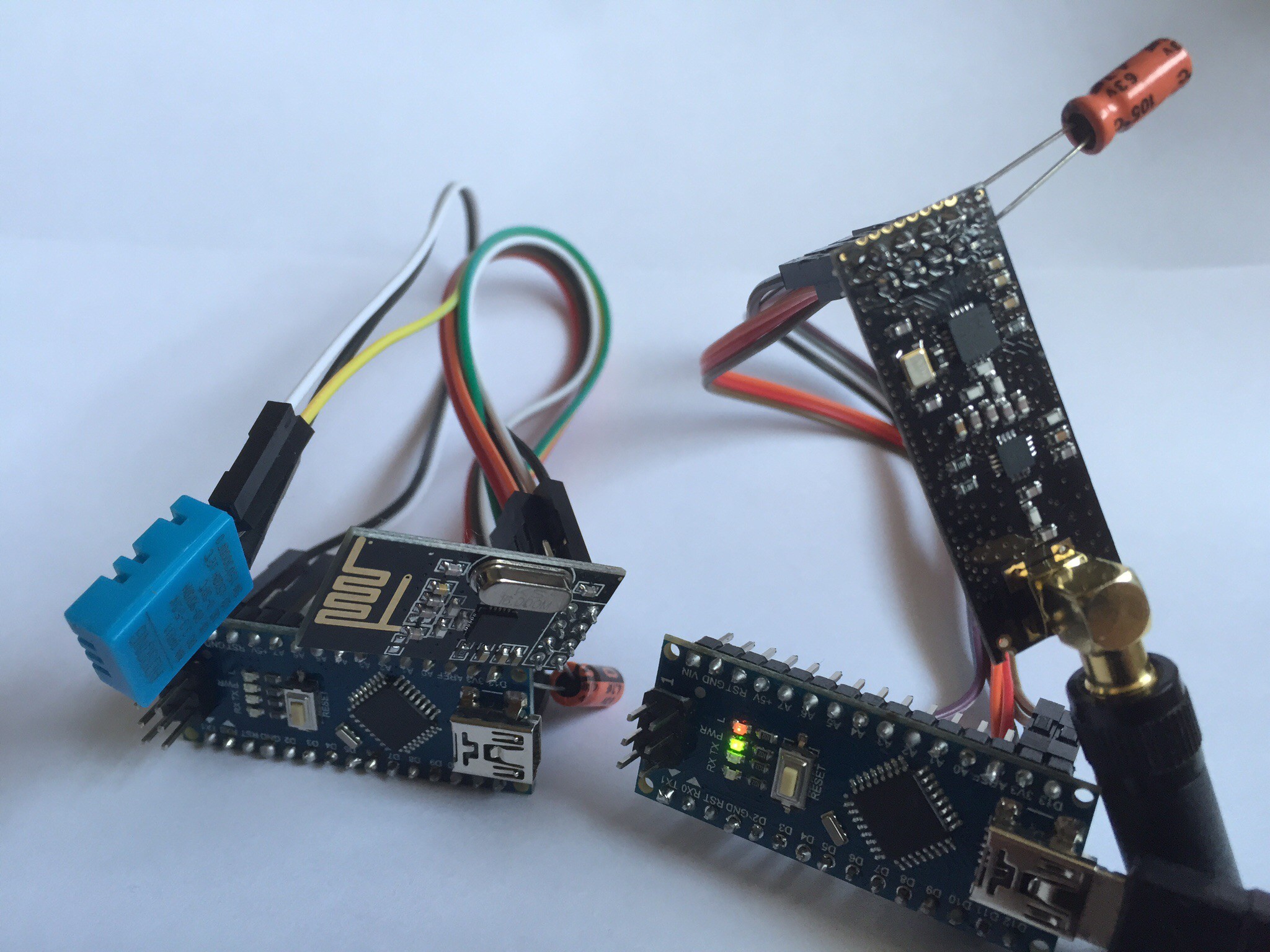 My next step is to create more nodes and add extra sensors so that I can gather information from around the house. I will also be working on a circuit board when my prototype boards arrive so that these boards can just plug and play. The board will have female header pins for the arduino and the RF radio with capacitors, resisters and LED's. There will also be a few inexpensive sensors on board including a DHT11, an LDR and maybe a PIR. All of this will be housed in a custom designed 3D case. I am currently designing this as a slim case with the two boards end to end (approx 30mm x 90mm) with holes for the sensors and LED's. Once I get my cases custom-printed it will change my project from a pile of electronics to an actual product that would look good in any room.

Searching for a smaller arduino