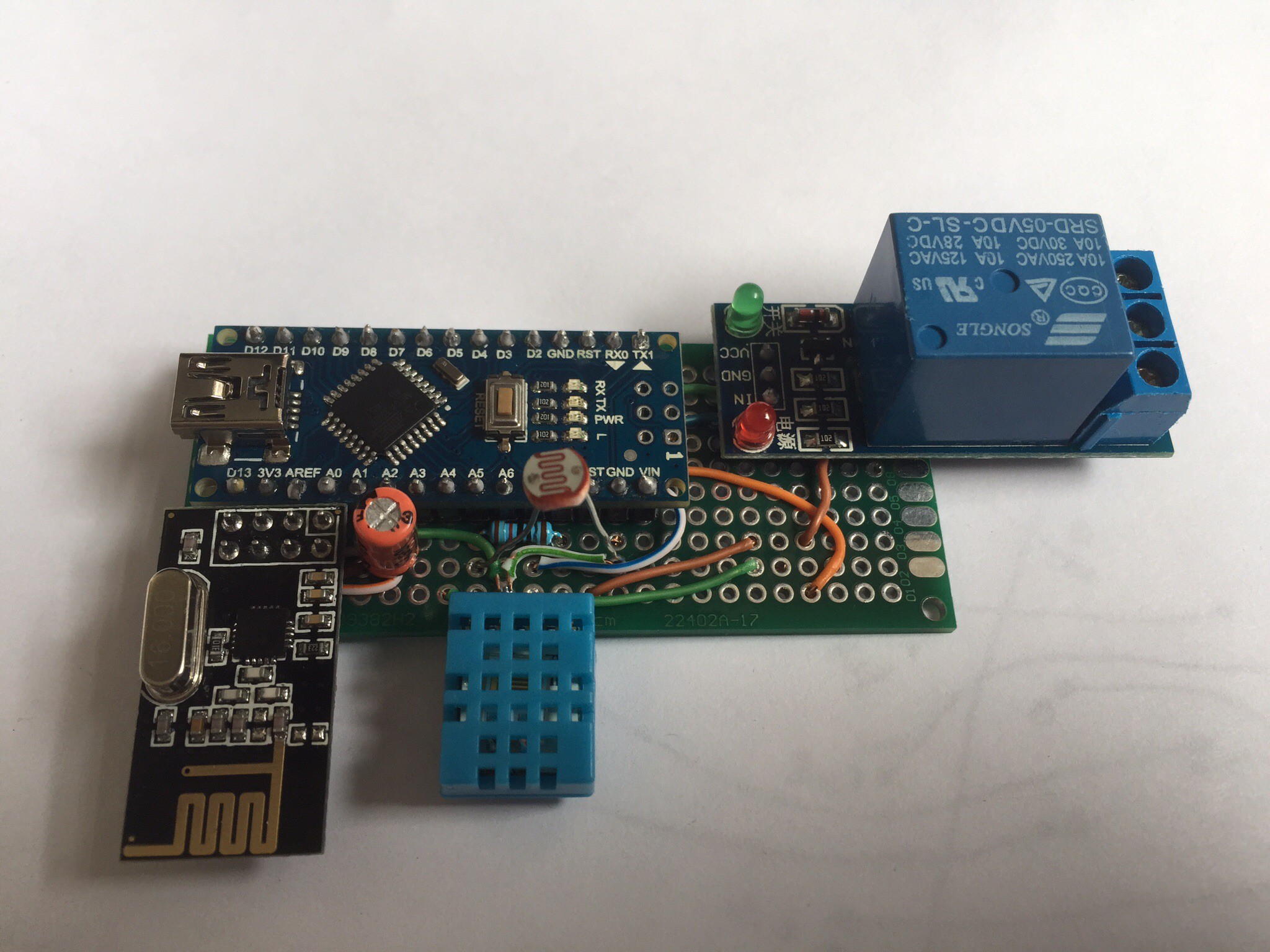 Seven days after my prototype boards arrived I have planned which sensors and controls to add to it and where to put all or the wires. This node is a hybrid sensor and controller combining three sensors (temperature, humidity and light level) and space for two relays to control electrical appliances. Finally a 2.4Ghz RF transceiver is attached to the arduino nano to communicate with openHAB. I am currently powering my sensors from a USB battery pack and even with the built in RF aerial they work all around the house and outside. I will have to see how they cope when I move to the new house with thick stone walls that don't even let a wifi signal work in the next room.

Once I have decided which sensors and controllers to use where I will produce some PCB's to make the sensors slim and neat enough to hide in the room. The controllers will be made into light switches in the rooms, with just one problem, how to get power to them. This one may leak out into a new project as I have already come up with some ideas 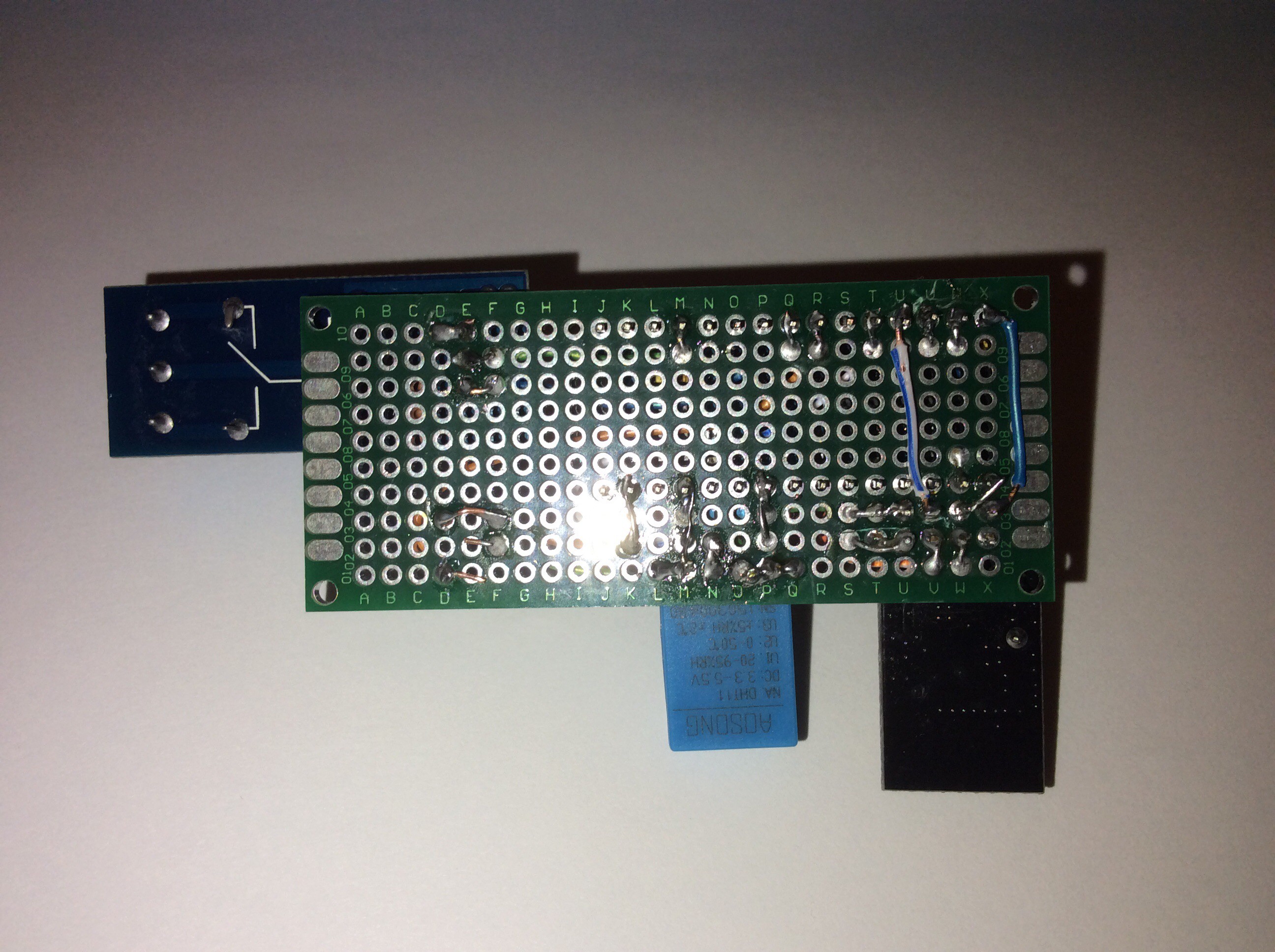 Pi 2 up and running