The first batch of samples came back from Small Batch today. Here's one panel out of four that arrived: 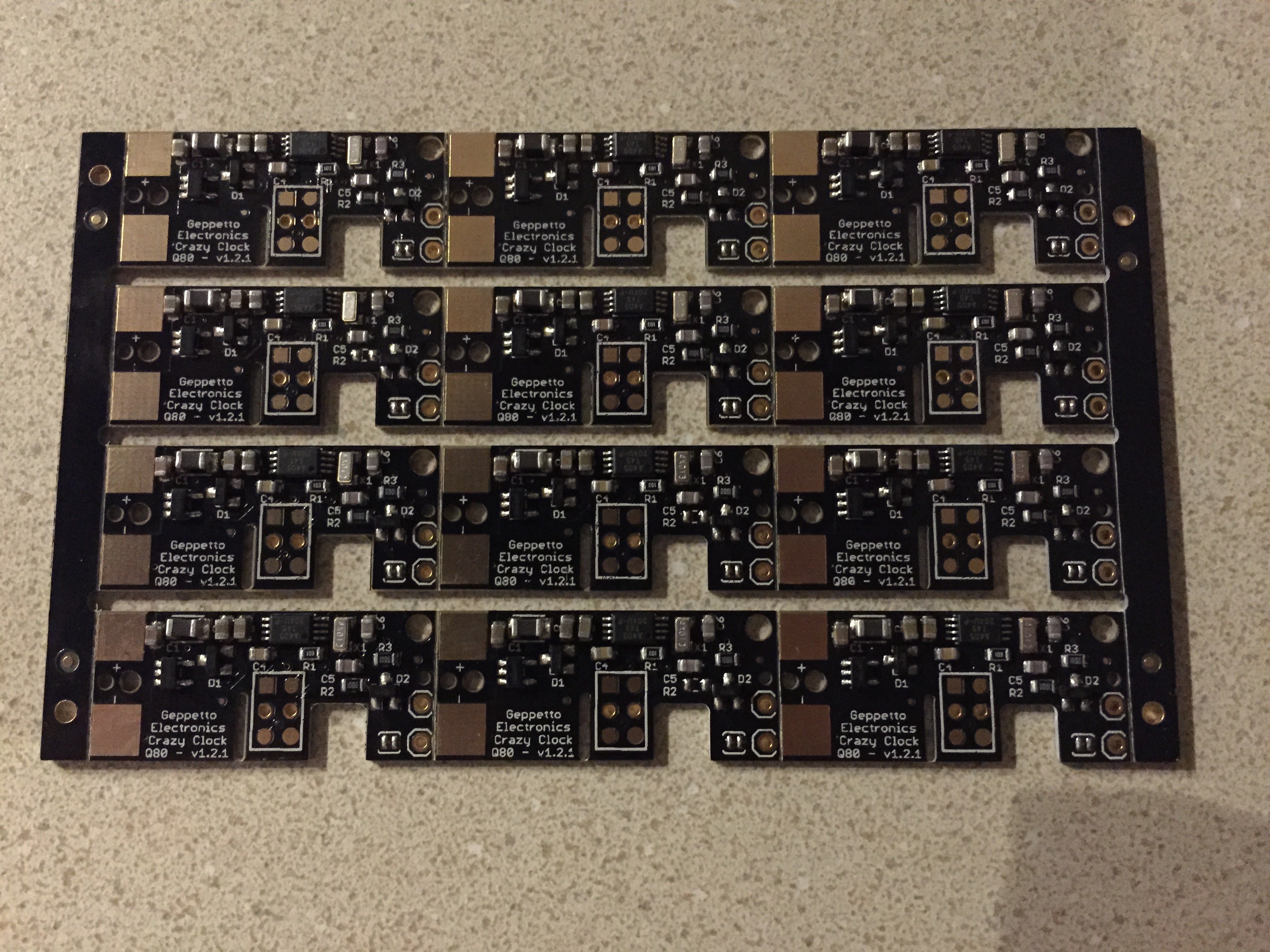 I pulled 6 out of the batch semi-randomly to see how their initial drift came out. All of them were functional without any rework. Of those, all but one were inside of ±10 ppm. The last one was at +15 ppm - a bit of an outlier. I didn't do the math rigorously, but the average for the batch was on the positive side of 0, so on average, they're running a touch fast. That indicates that the loading is on the low side. An astonishing conclusion given that the loading caps are 15 pF on each lead for a 12.5 pF crystal (and the micro imposing 18 pF on one lead and 8 pF on the other). Recall that the loading is (Cl1*Cl2)/(Cl1+Cl2), which in this case works out to 13.55 pF - and that's not counting any parasitic capacitance on the board. Still, if you take the +15 ppm outlier as one end of the range, it would span from there to -5 ppm, and all of the samples *were* inside that range, so it's conceivable that the average for the whole batch is something like +5 ppm or so. Of course, it would take sampling all of them to be completely sure. I don't know statistics well enough to know how many I need to sample to obtain sufficient confidence that the average and standard deviation are representative. I do have confidence that all of the boards will have a normal distribution. The only task is to determine what the mean is and make that the 'standard' calibration for the batch. If people want the initial drift zeroed out for their specific movement, I can do that too.