Let's begin with the Guitar Hero controller. Thanks to the insane popularity of these games, there are probably now more of these plastic guitar controllers than there are humans on the planet - at least, there were enough for one company to drop hundreds of the damn things into a volcano as a publicity stunt. Search your local Craigslist and thrift stores, you should be able to snag one for five bucks or less.

I caved and dropped a whopping $6.95 on this grody red Gibson SG knockoff from the local game store. Such is the price of progress, I guess. The clerk tells me there's a warranty but guess it's voided now. 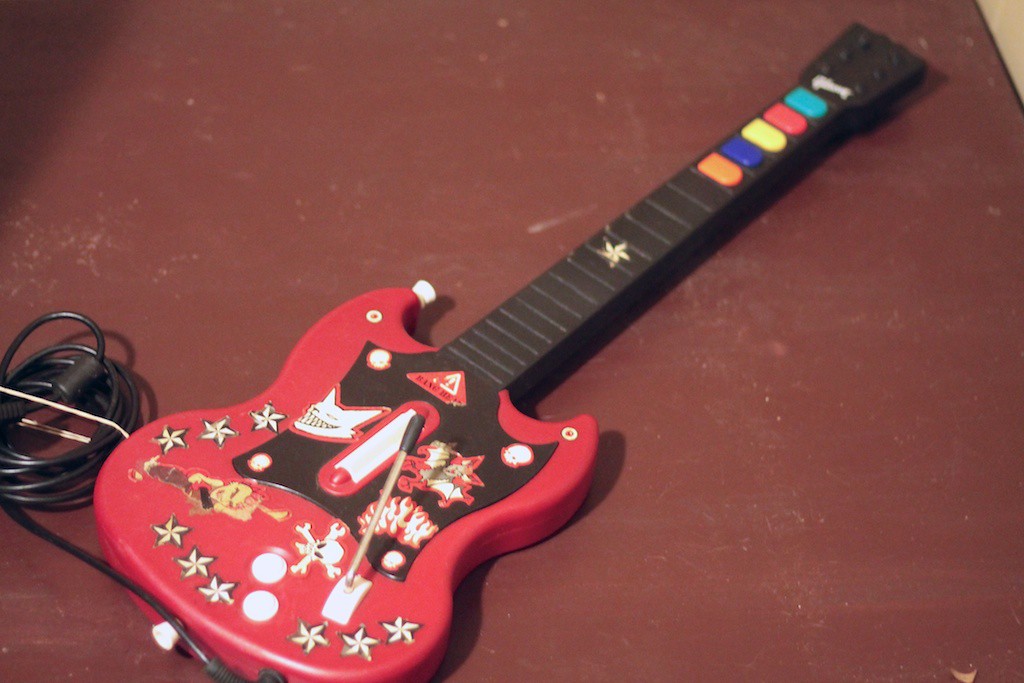 This version is for the PS2. Older versions are probably better for our needs: the new ones are wireless and include all kinds of proprietary chips and other nonsense. Let's take this thing apart with a Philips screwdriver and see what kind of parts our unwise investment will get us. 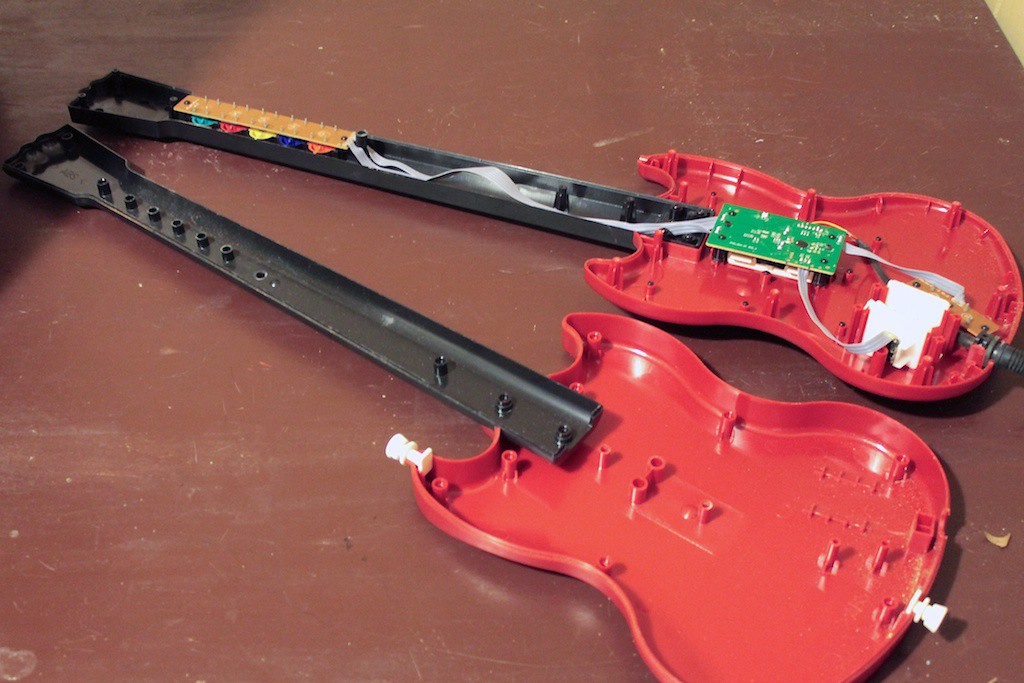 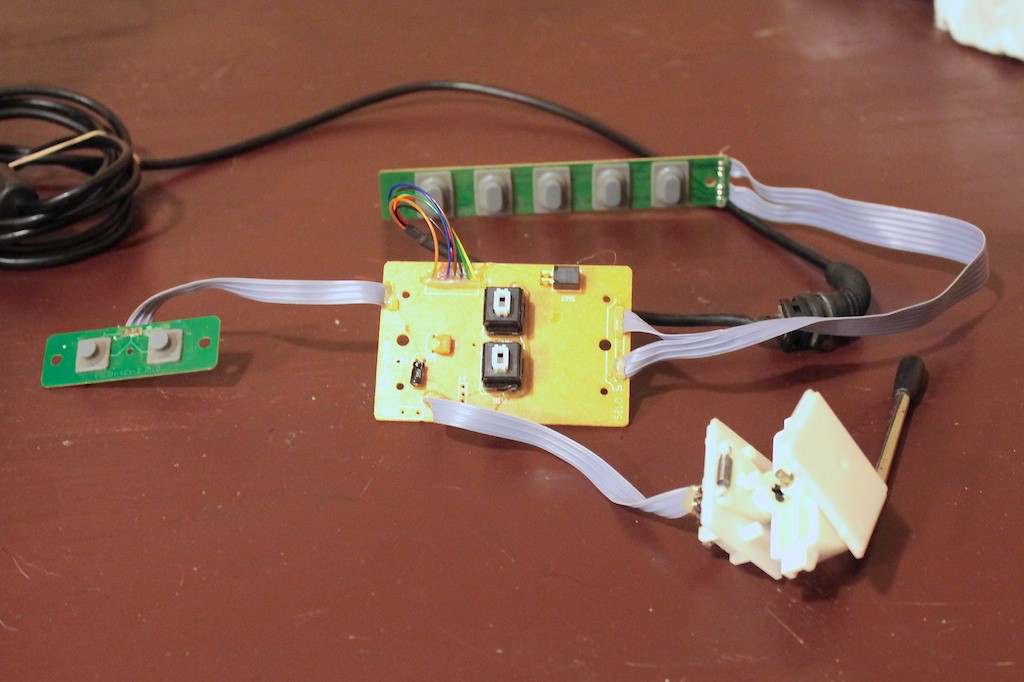 The case got a thorough bath. Though the stickers no doubt added all kinds of awesome street cred, I peeled them off anyway.