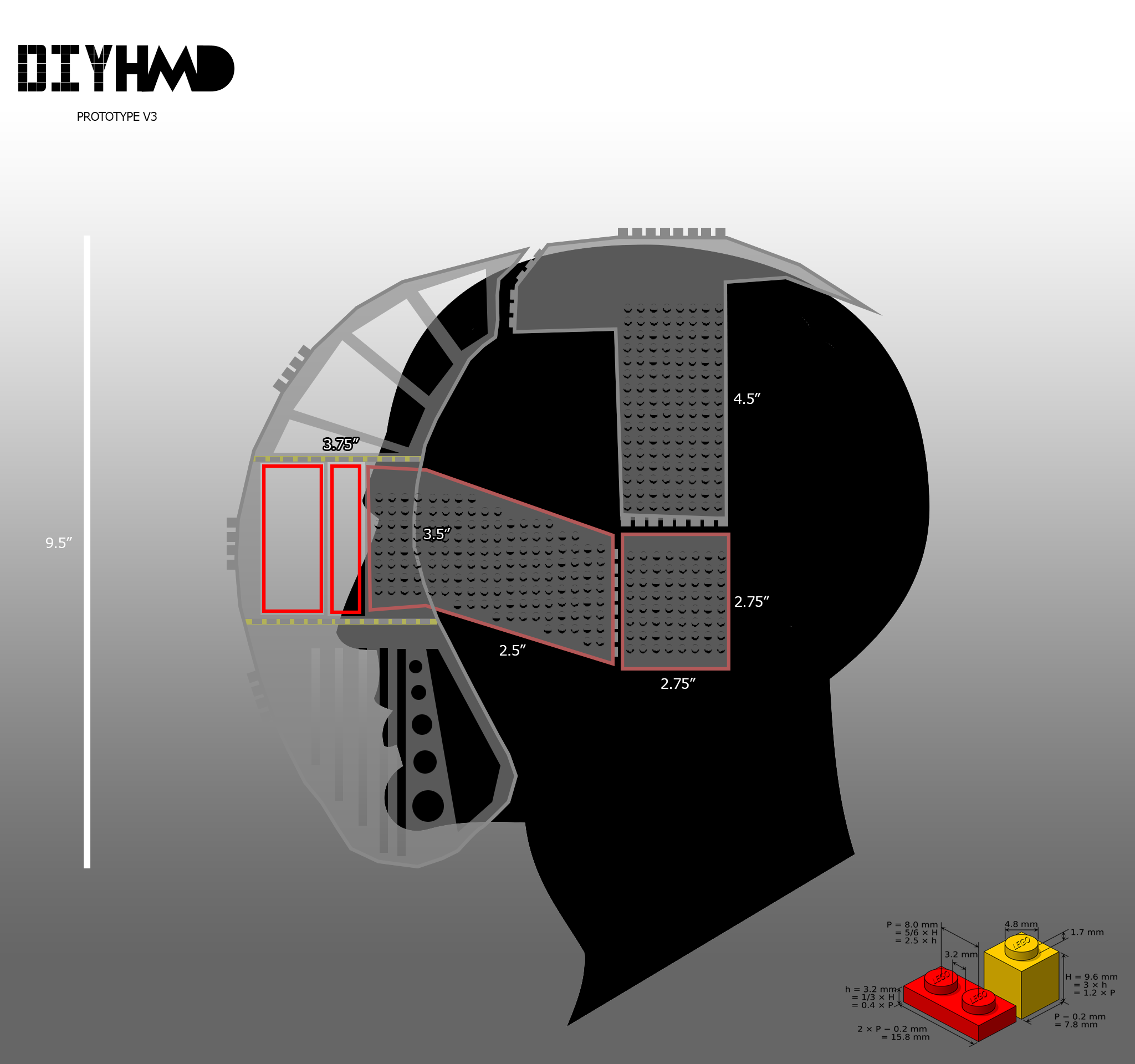 The goal of version 3 was to revisit the modularity & alternate configurations by sketching them out in a more clear and functional manner before moving back to 3D. 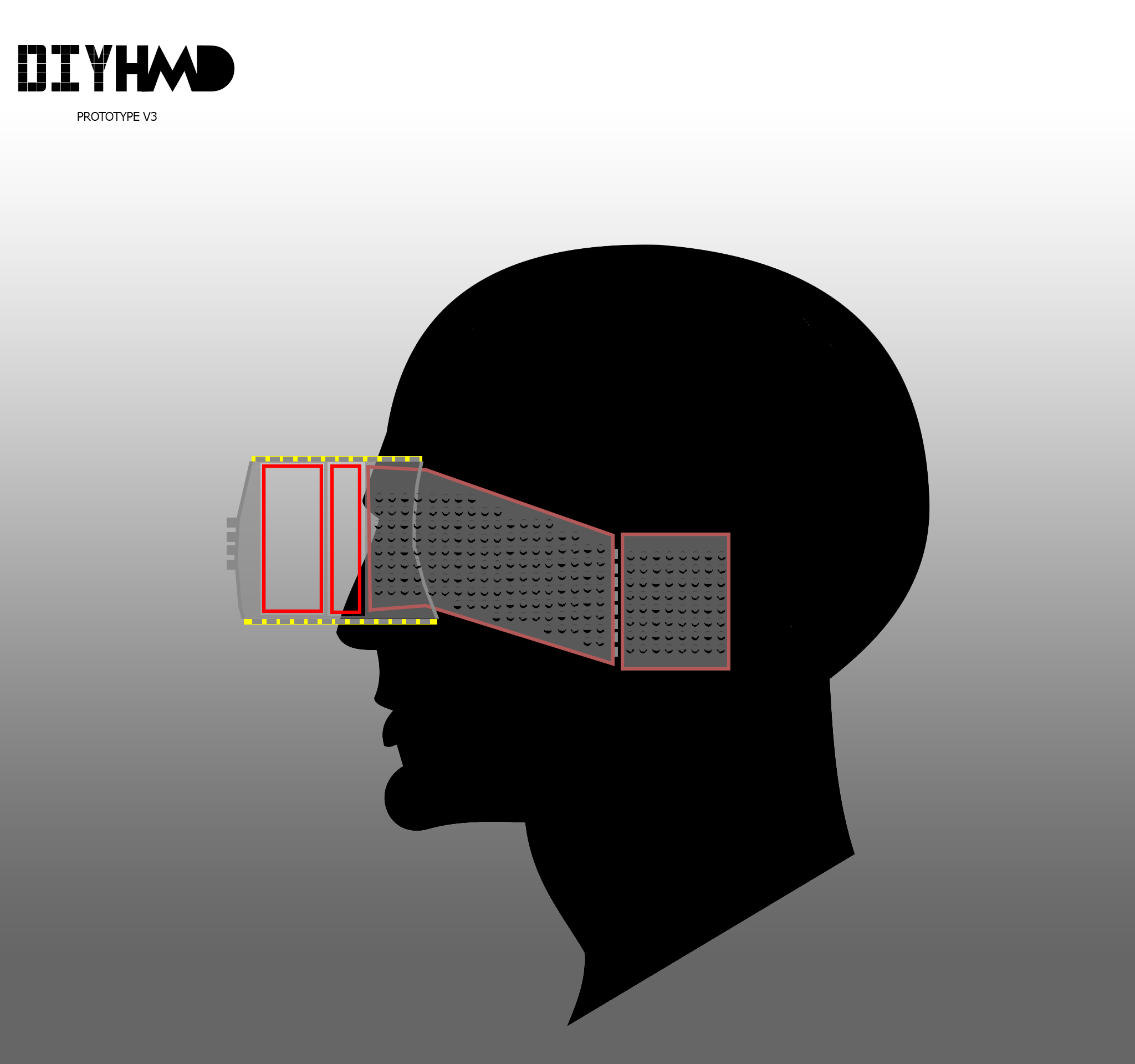 Proper modularity would allow the HMD to function in a standard configuration, full helmet and anything in between. Keeping material costs in mind, the first step towards a minimal design was optimizing some of the surface area. This idea would become the swappable surfaces in V4. 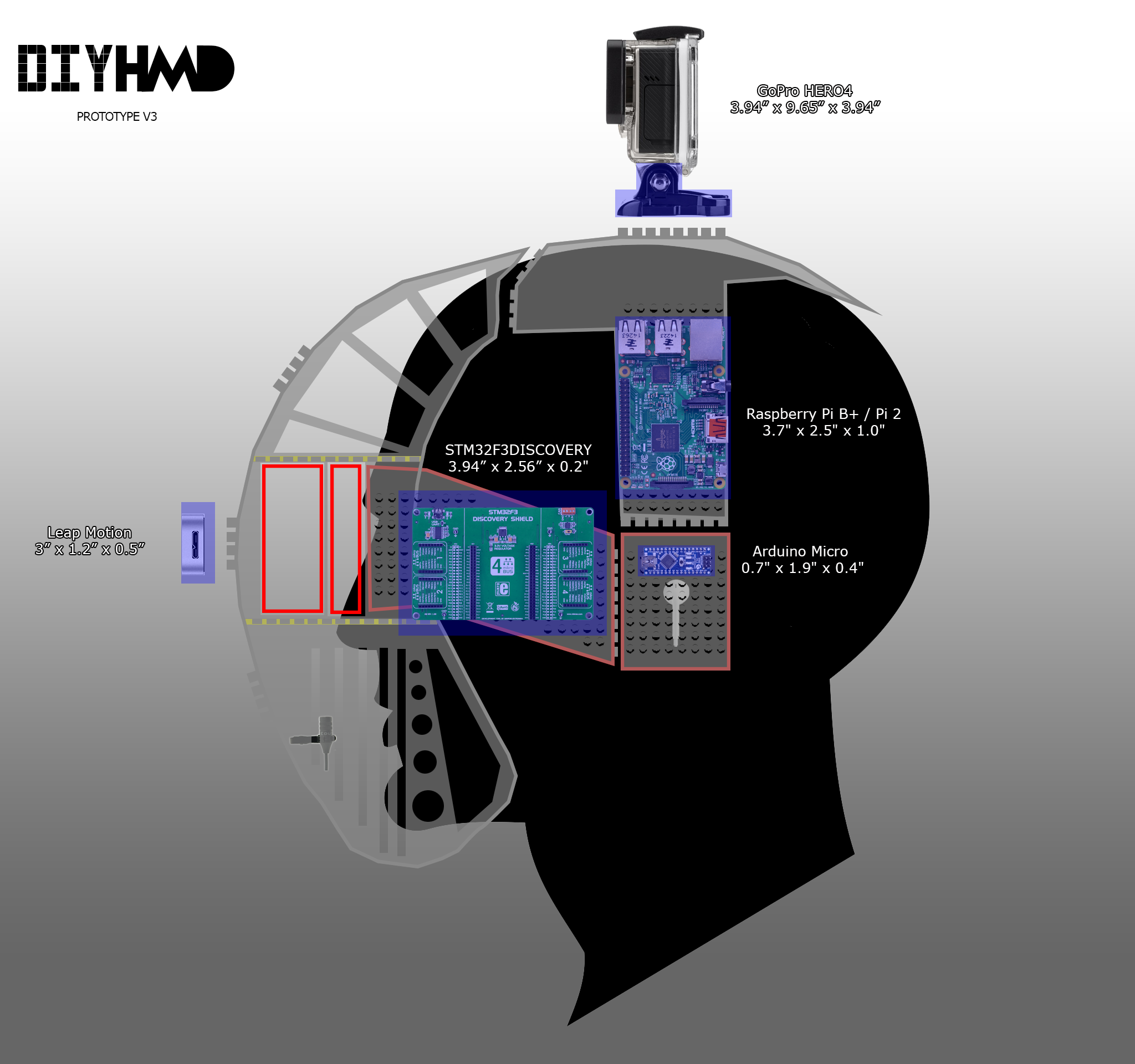 By visually representing some of the hardware a user might want to integrate at a relative size to the HMD, the proposed functionality of external component housings attaching to modular surfaces with the ease of building bricks seemed to be justified. It also helped present why a full helmet configuration might be wanted in certain scenarios. 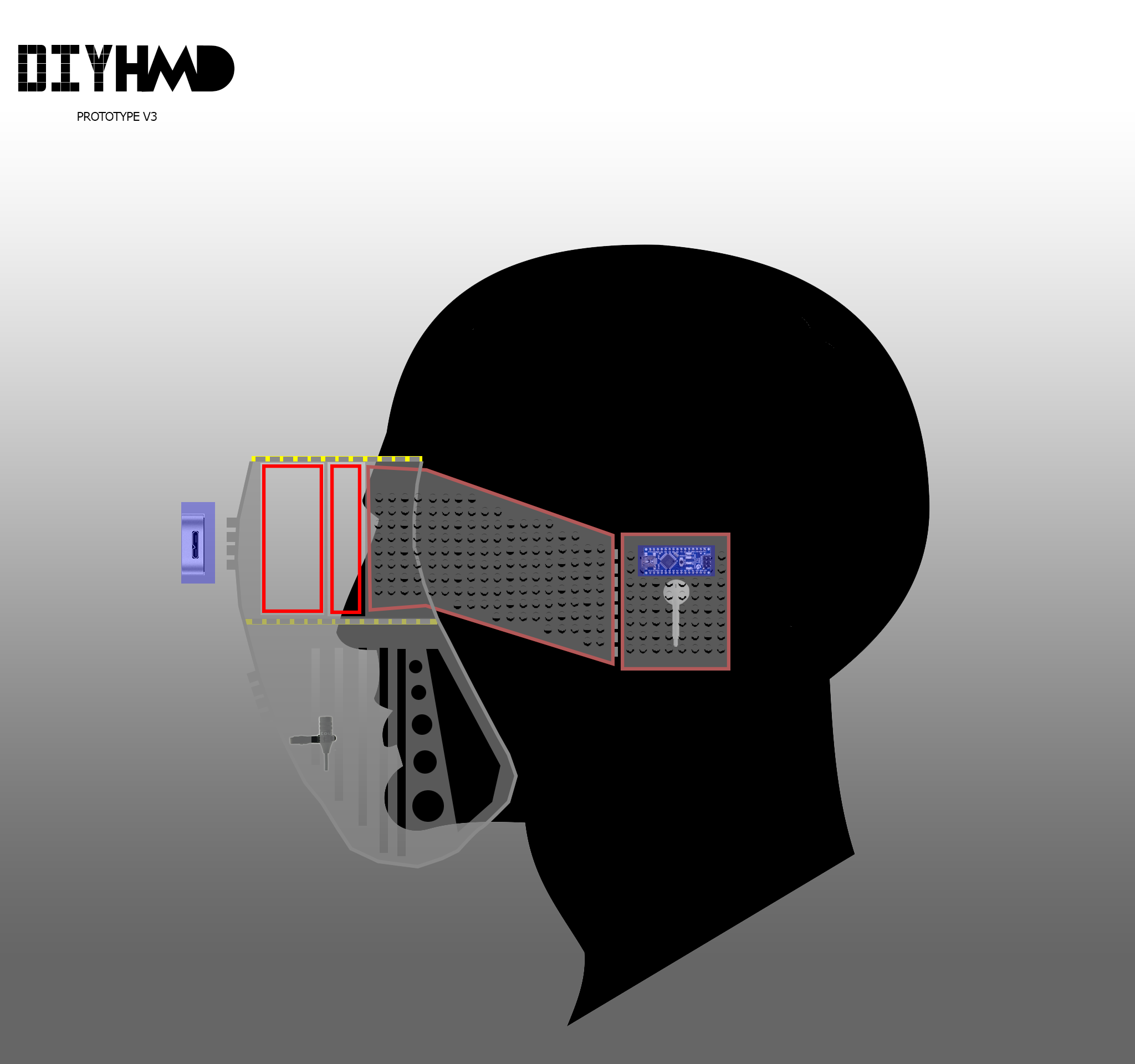 Supporting different configurations for different needs would provide choices to users and that is always a good thing. A user would be able to pick and choose components, while having the option to integrate their own ideas without having to design an entire HMD from scratch. 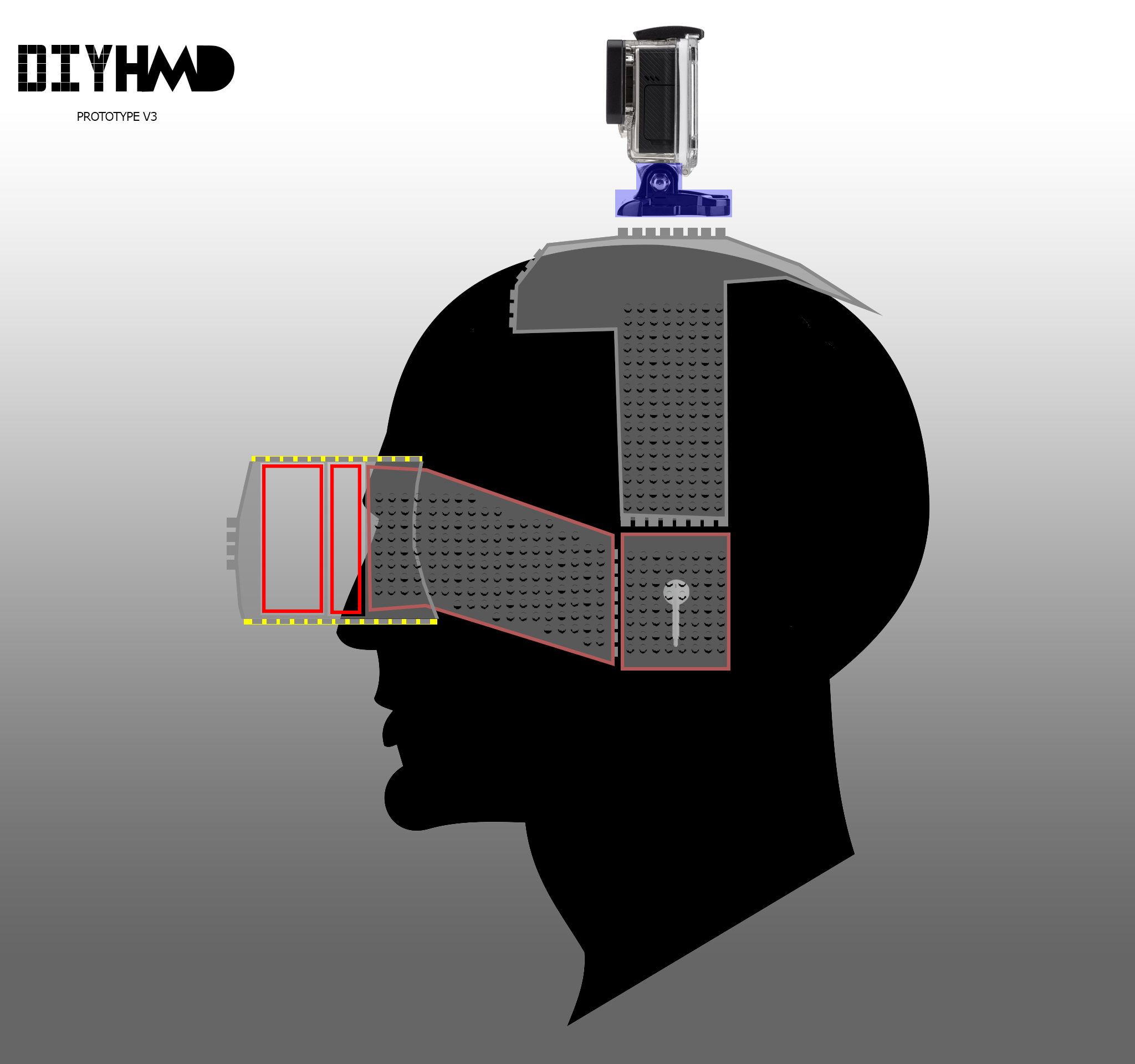 These designs needed to ultimately produce a tool that would actually be helpful to those wanting to prototype an idea or the hobbyist hacking together experiments for fun. Moving into V4, it was necessary to target testing these concepts in reality with a 3D design that could produce a functional physical prototype.