I've been asked for a Tote kit for a Christmas preset by a friend, and I realized I no longer have any version 4 boards. So I had to go and order some. But if I'm ordering boards anyways, why not make some improvements here and there? So here's a version 5. 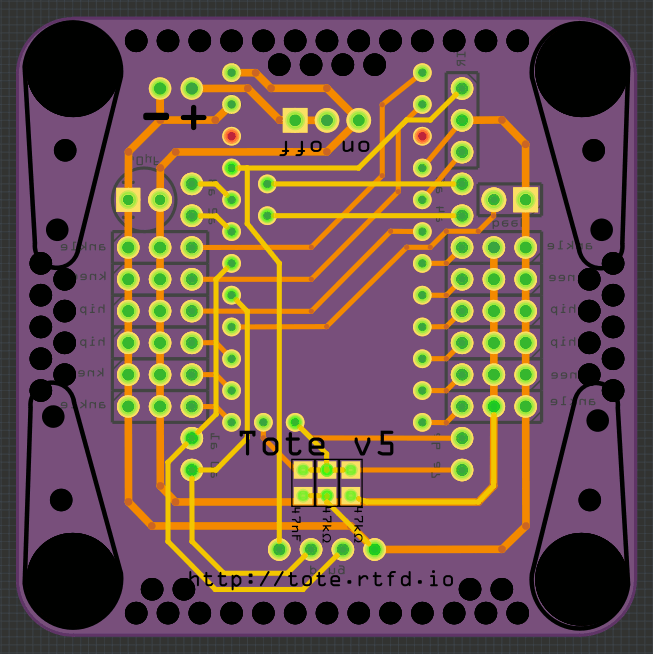 You can see the board is much simpler now. It's basically just the servos, the battery, the pro mini, power switch and ir sensor. There are still the optional battery monitoring, piezo, distance sensor and extra capacitor, but by default they are not used. I also switched some pins around, so now using the serial pins for servos -- but all the analog pins are free, and broken out close to each of the legs. That should make it easier to use them for sensors.

There is also a new step-by-step assembly tutorial for this version at http://tote.readthedocs.io/en/latest/assembly_v5.html and slightly modified code at https://bitbucket.org/thesheep/tote/src/tip/v5. 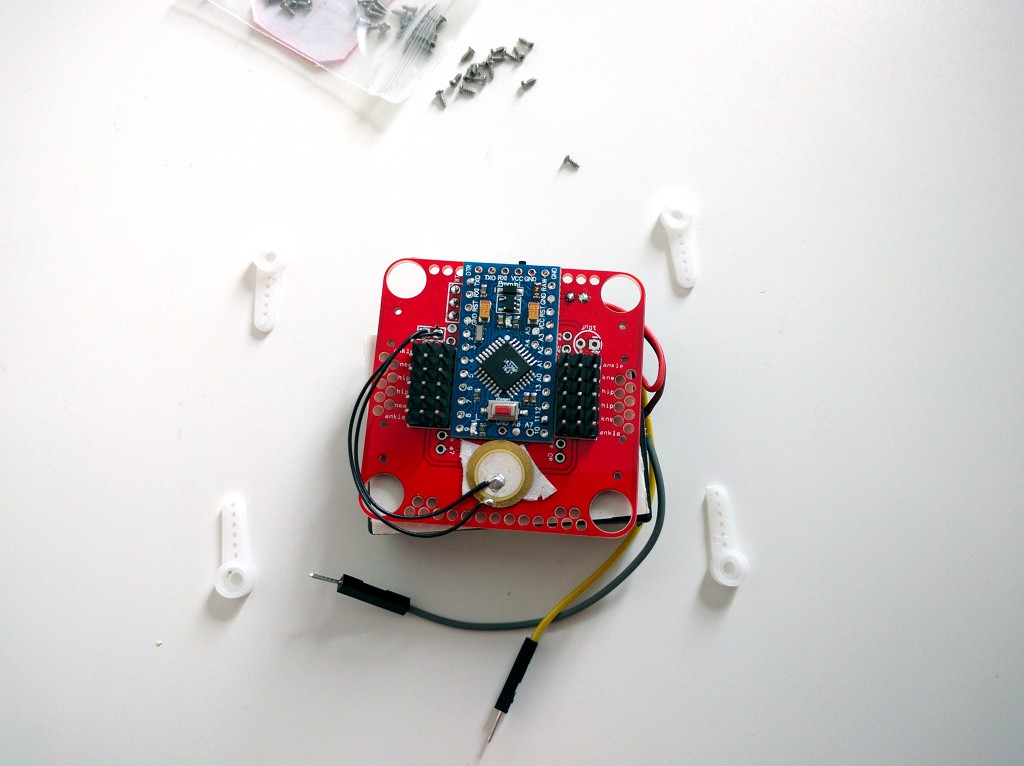 And I still have the other 9 boards to give away.