The second phase of design is ideation, after spending a while researching existing solutions I started to form an idea of what I wanted my design to be. I wanted a modular design that was adaptable and expandable so that it could easily hold a single pair of headphones, or later be expanded upon to hold more. 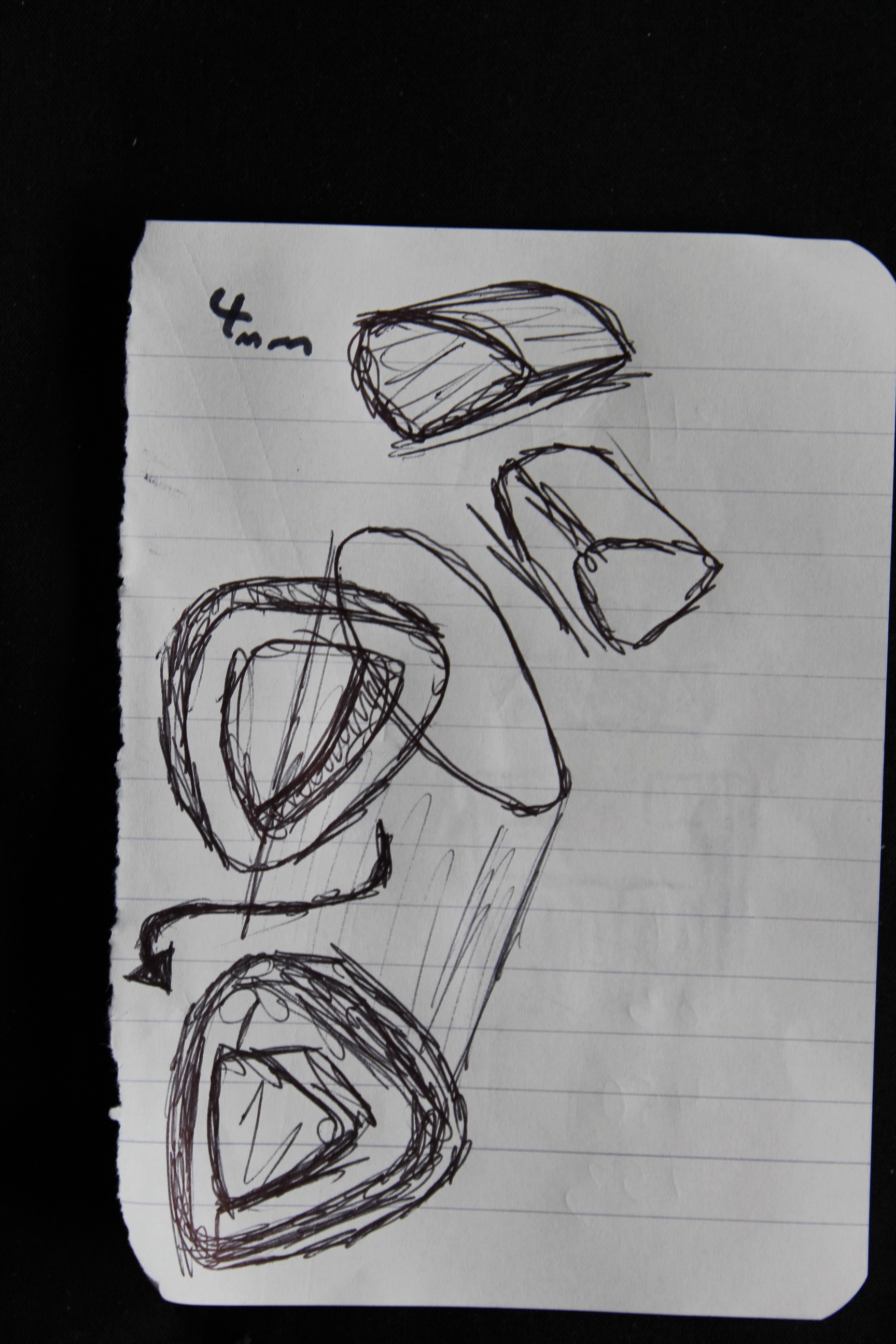 I started by thinking about how the headphones would be held, simply a bar, next was thinking about shapes, sizes and how it could be expanded. This rough sketch is just an example of what I do during these times of thinking, I draw out quickly what is in my head, try to visually represent it. Since I wanted the design to be expandable I thought about male and female, plug and socket connectors as a means of having the bar expand. 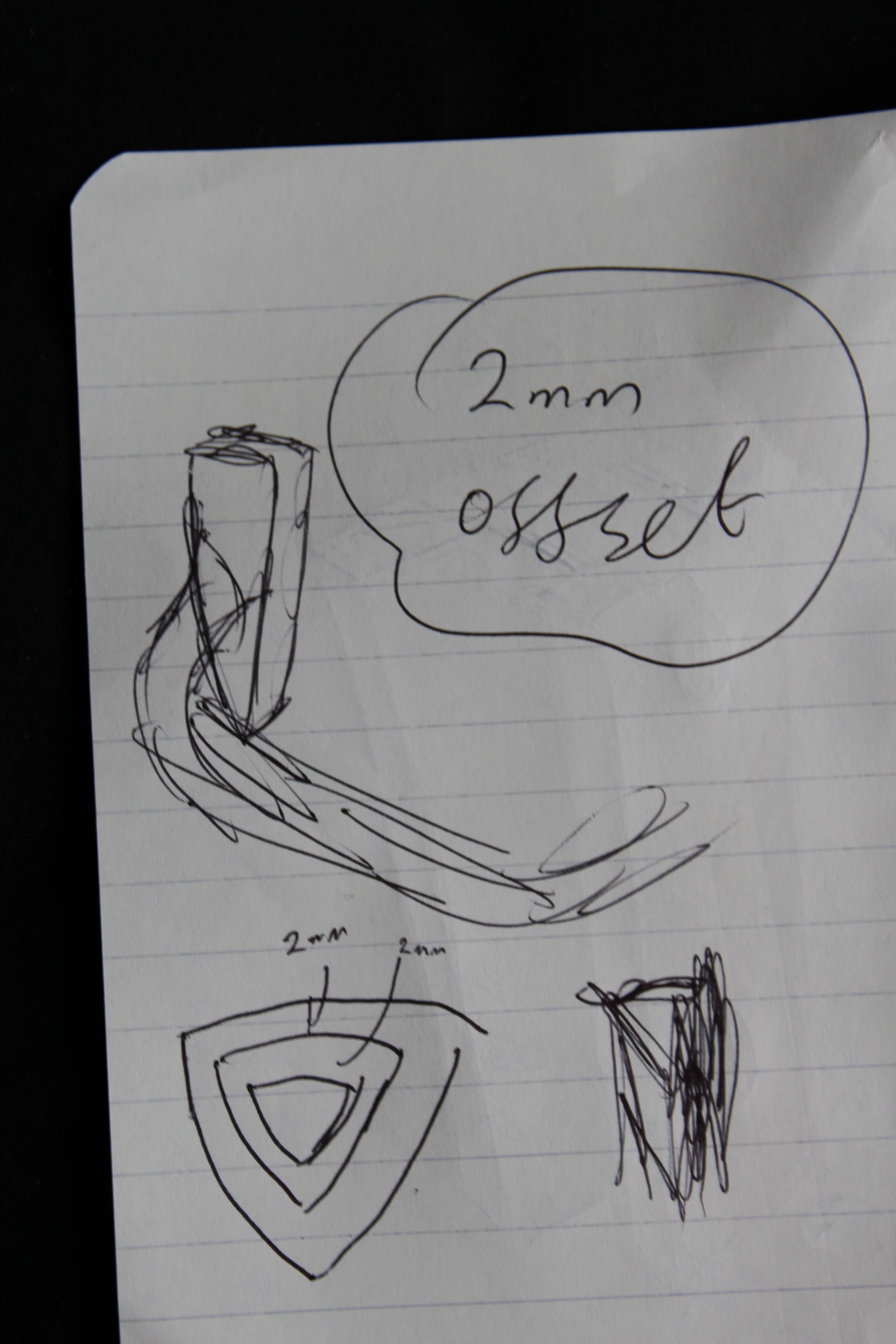 During the research phase I noticed most of the existing solutions were simply a bar sticking out of the wall, a hook, to hold the headphones,

"Existing solutions are no more than a hook on a wall to hold headphones, my design should avoid this trend if at all possible",

thinking about this, I thought about other products like towels and hand rails, while towel hangers can be hooks, they can also be round bars in which the towel is draped over, I started thinking about applying this to a wall mounted headphone stand, what about a design with two arms that hold out a bar in which the headphones rest on. 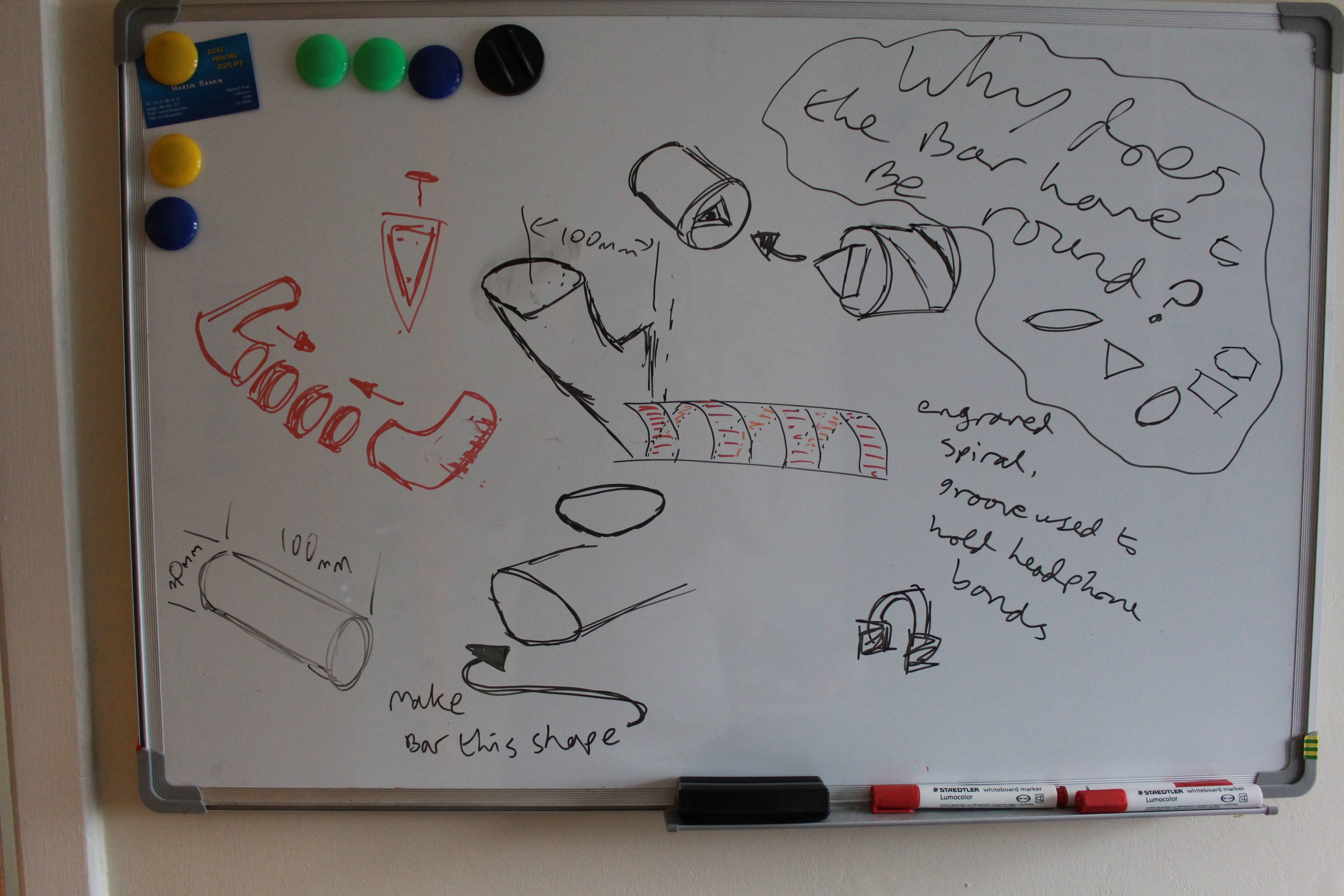 Besides sketching on paper, I like to use large whiteboards as a means of rapidly sketching and tweaking ideas, during the majority of the ideation phase, I was concentrating on the segmented modular bar concept with the bar being round, I later started thinking about alternative shapes, I settled on a curved triangular form for the bar.
Previous Log