Building Something That Matters... and/or Selling a Product

Let's discuss this year's prompt: Building something that matters. And, yes, the secondary prompt: is this a useful product?

Is This Something That Matters?

The card itself probably doesn't matter much on its own - but, hey, if it saves someone some time developing something bigger, or getting them started on a GPU project, or easily adding graphics to something larger... it matters. Everything is documented - from the drivers on the platform, to the firmware on the CPLD and the Microcontroller, to the protocol itself - then even to the hardware level if you choose to build a board. That's worth something, and if time is fungible, it's worth freeing up someone else from the hours I spent - just as I didn't have to reinvent VGA to get VGATonic working.

So if you see this post and need easy and cheap graphics with a cheap and easy connector and protocol ubiquitous on cheap hardware, follow and click through to the GitHub link to see what we've got.

And, yeah, it works fine today in this limited release... if you want to integrate something quickly: 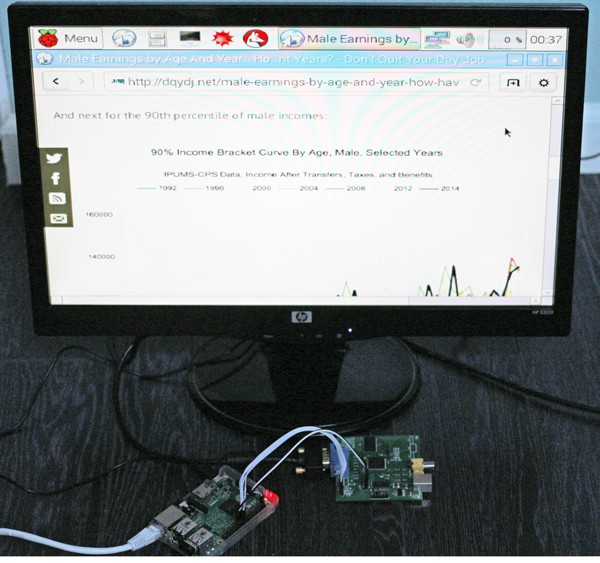 And the Product Part?

Well, that's the easy one. Since this year's logs will likely concentrate more on firmware, software, and platform support (and perhaps new protocols?) than board revisions you'll see the most improvement in these arenas - the "productization areas". Don't rule out hardware changes, though - we'll discuss that if/when it comes up.

Sure, forcing a processor to do graphics may seem like a bit of a step backwards and a relic of the 80s, but there are places where it makes sense to plug something like VGATonic in... you know, on hardware that doesn't need to play 3D games.

But an < $25 graphics card which can drive VGA (and maybe-even-NTSC) monitors? That's a product right there.