@SUF was so kind as to send me some breadboard compatible modules he designed but since he's quite occupied with his other projects I am writing the logs about them. The files have been merged into the existing repo but you can also find the original files here.

The first of the two modules is a for 3.5mm TRS jack breakout: 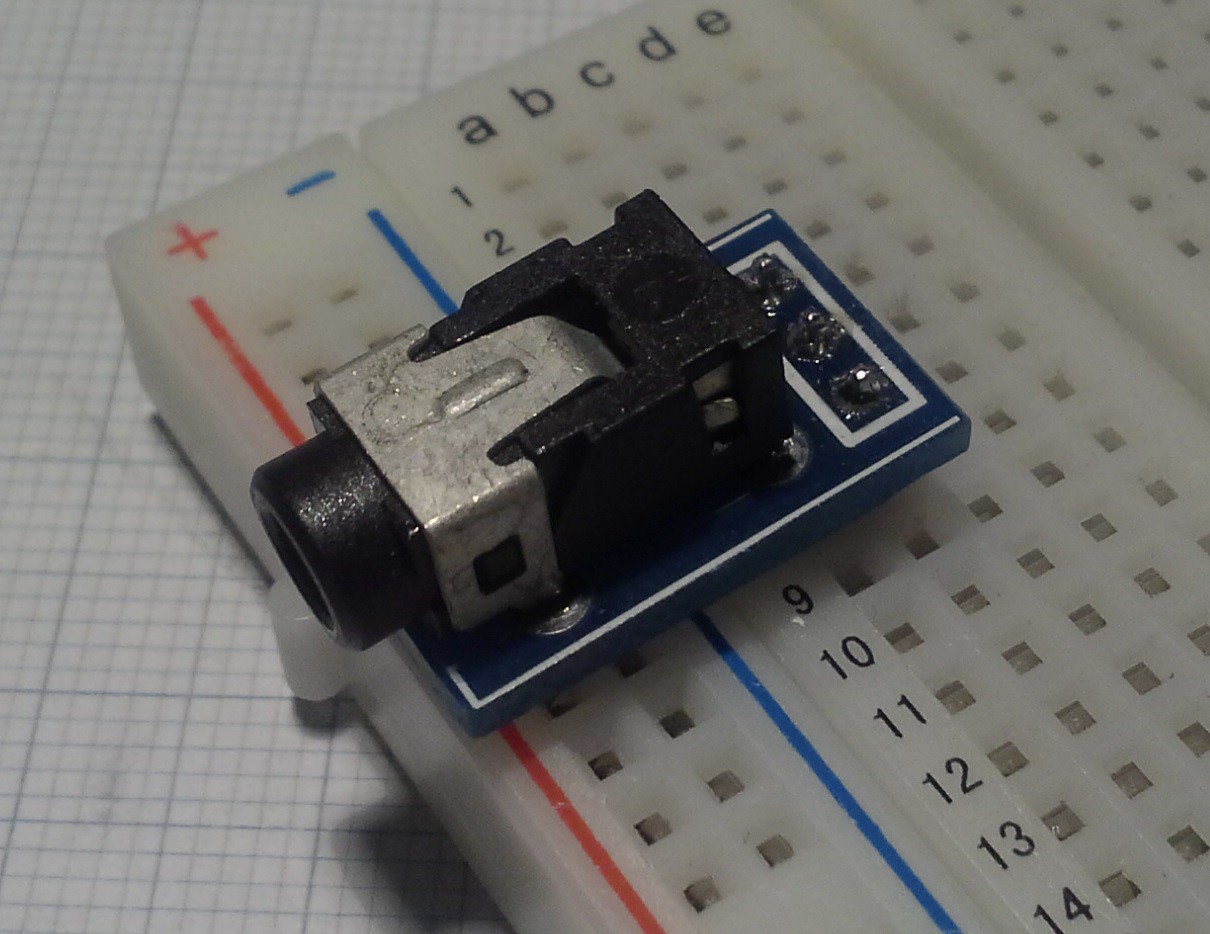 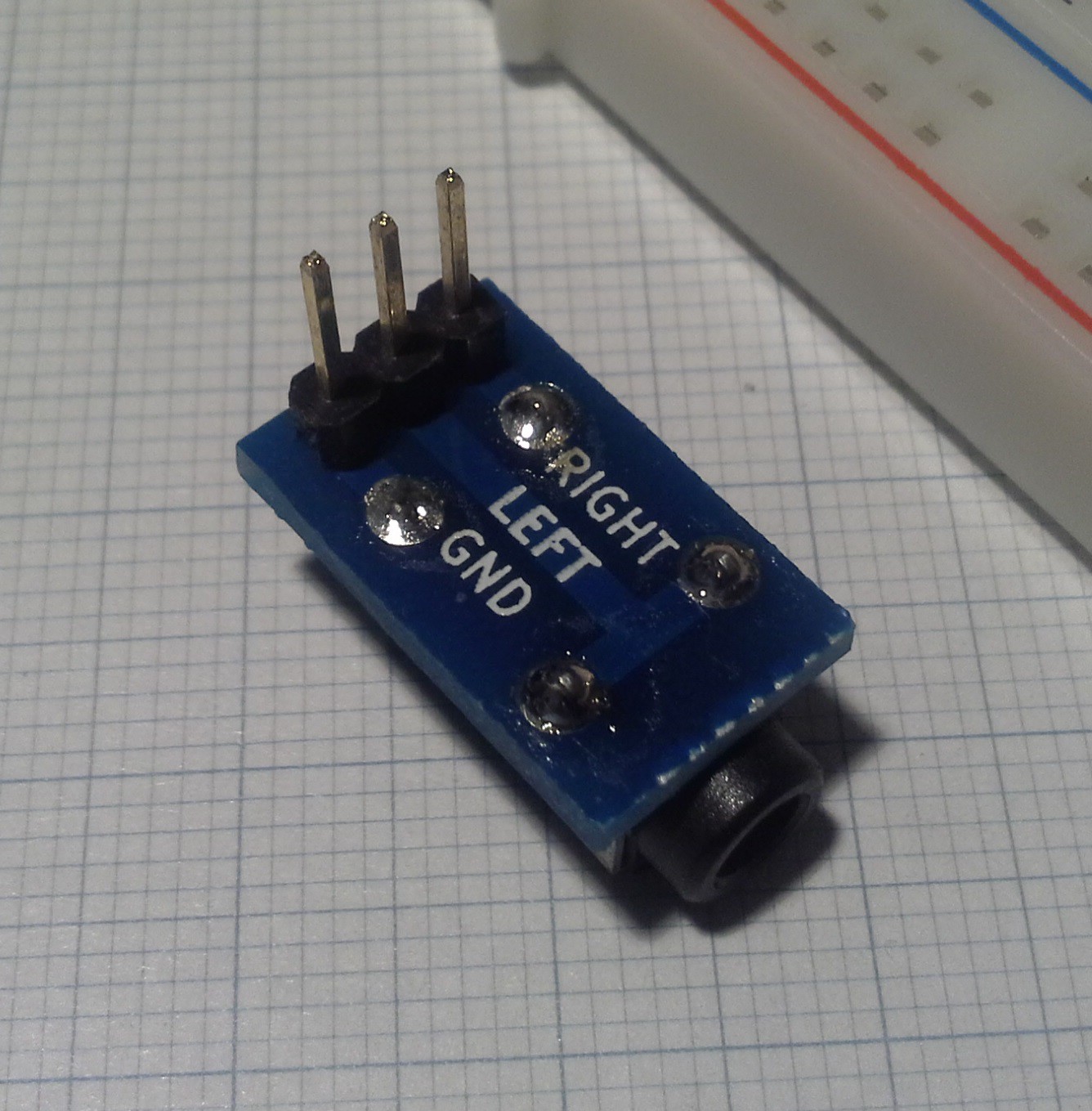 It's a straight forward breakout so schematics shouldn't be necessary but the board files are in the repo and look like this: 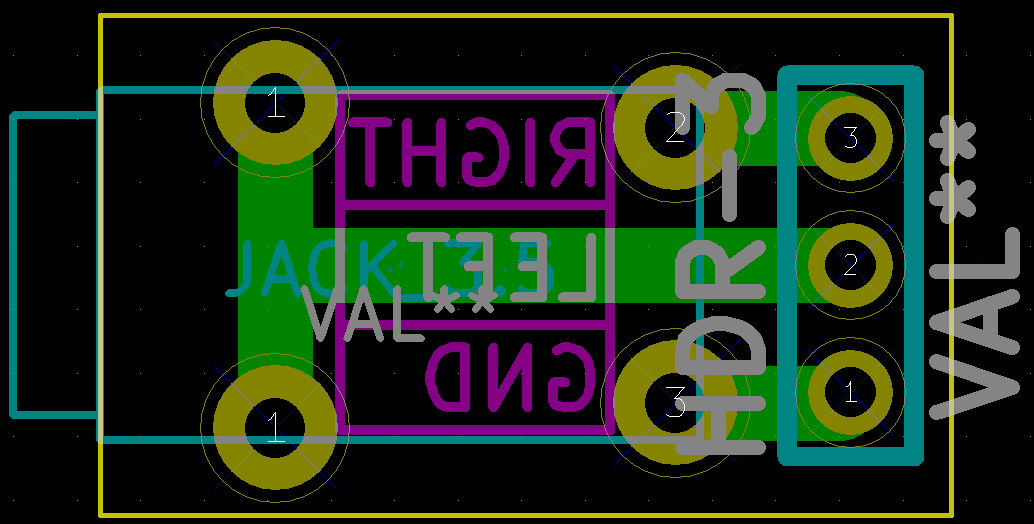 The second board is a stereo RCA jack breakout: 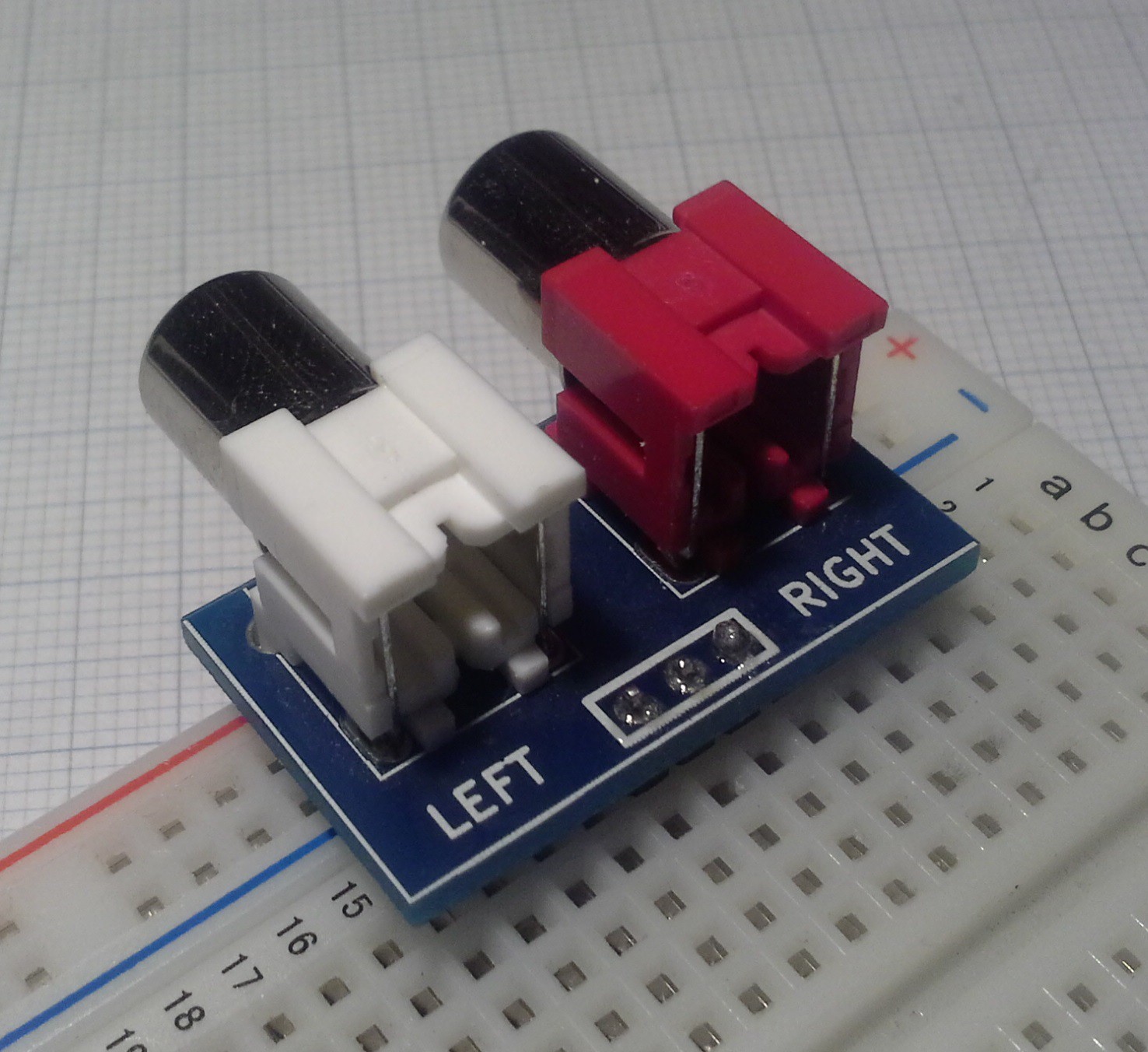 Again, schematic is self explanatory. Board looks like this: 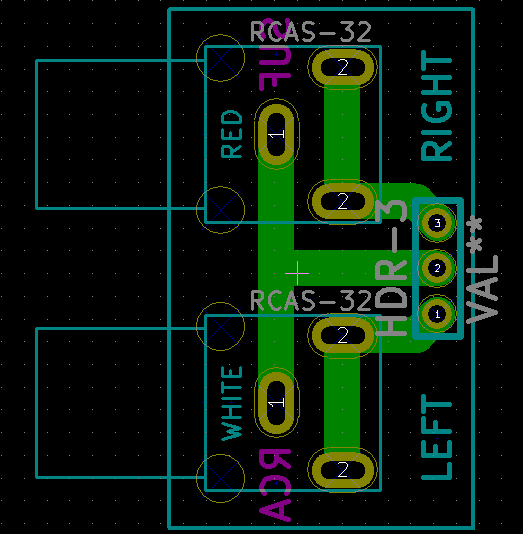 Despite this log being called audio breakouts, you could of course also use this board for composite video.

Since both of these boards do the same thing and to maximize the number of different boards that will fit on a panel, I combined them into a single board: 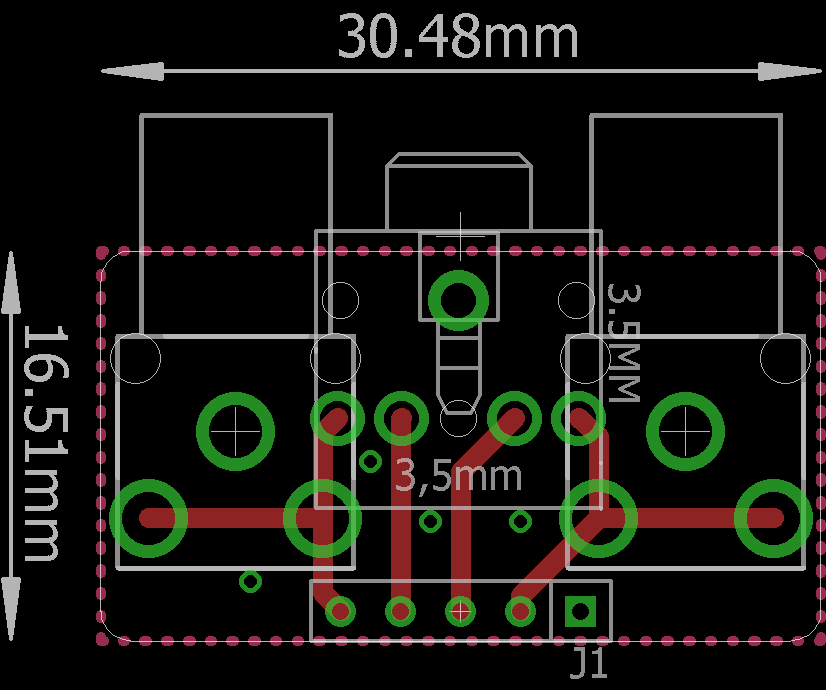 The reason for the changed footprints is that these seemed to be more widely available (e.g. from Adafruit or off of eBay). I also broke out the sense (?) pins that let you detect if something is plugged in, cause why not. This seems to also be possible for the RCA jacks which I will add in the next version.