This one went from the simplest SOIC-16 breakout to a way over-designed board that will hopefully serve all* my SMD prototyping needs. I uploaded a couple of versions to the GitHub repo but the ones shown above are the only ones I had made so far.

Basically it's a SOIC and TSSOP 16 breakout but I couldn't bare all the empty space so naturally I filled it up with SMD pads and additional headers. The idea was to also be able to use it to make various adapters like this:

I'm planning on using this board to make another ESP-01 adapter, this time with a CH340. One could mount a USB-A plug to the 5x1 header footprint on one of the short sides but since I like µUSB so much I think I'll use my µUSB breakout instead. (It's not really recognizable in the second image but I substituted the USB-A plug of the USB to UART converter with one of those µUSB boards so it's pretty much the same concept.)

Just another quick example of a use for this board where the additional headers come in handy: 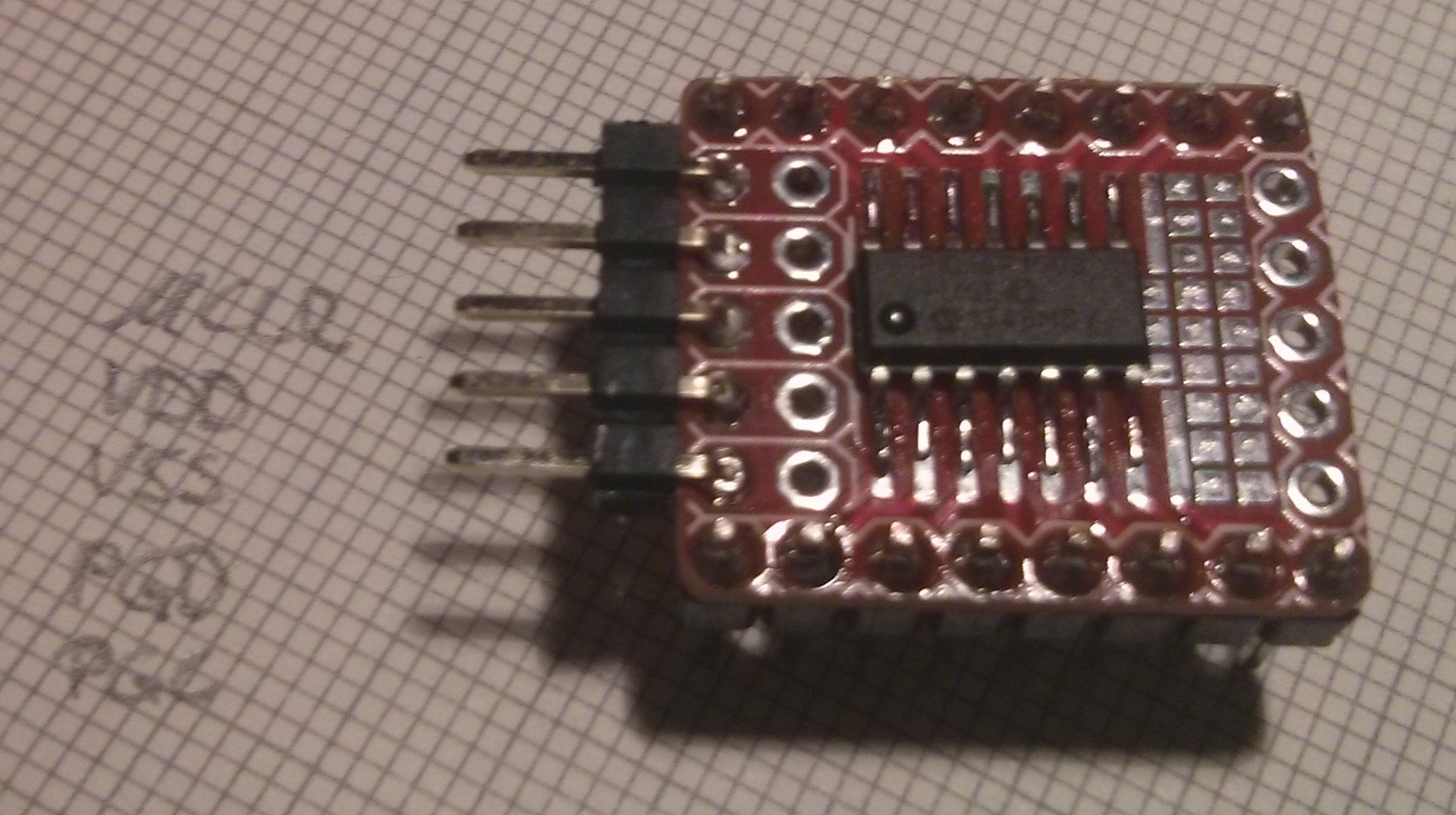 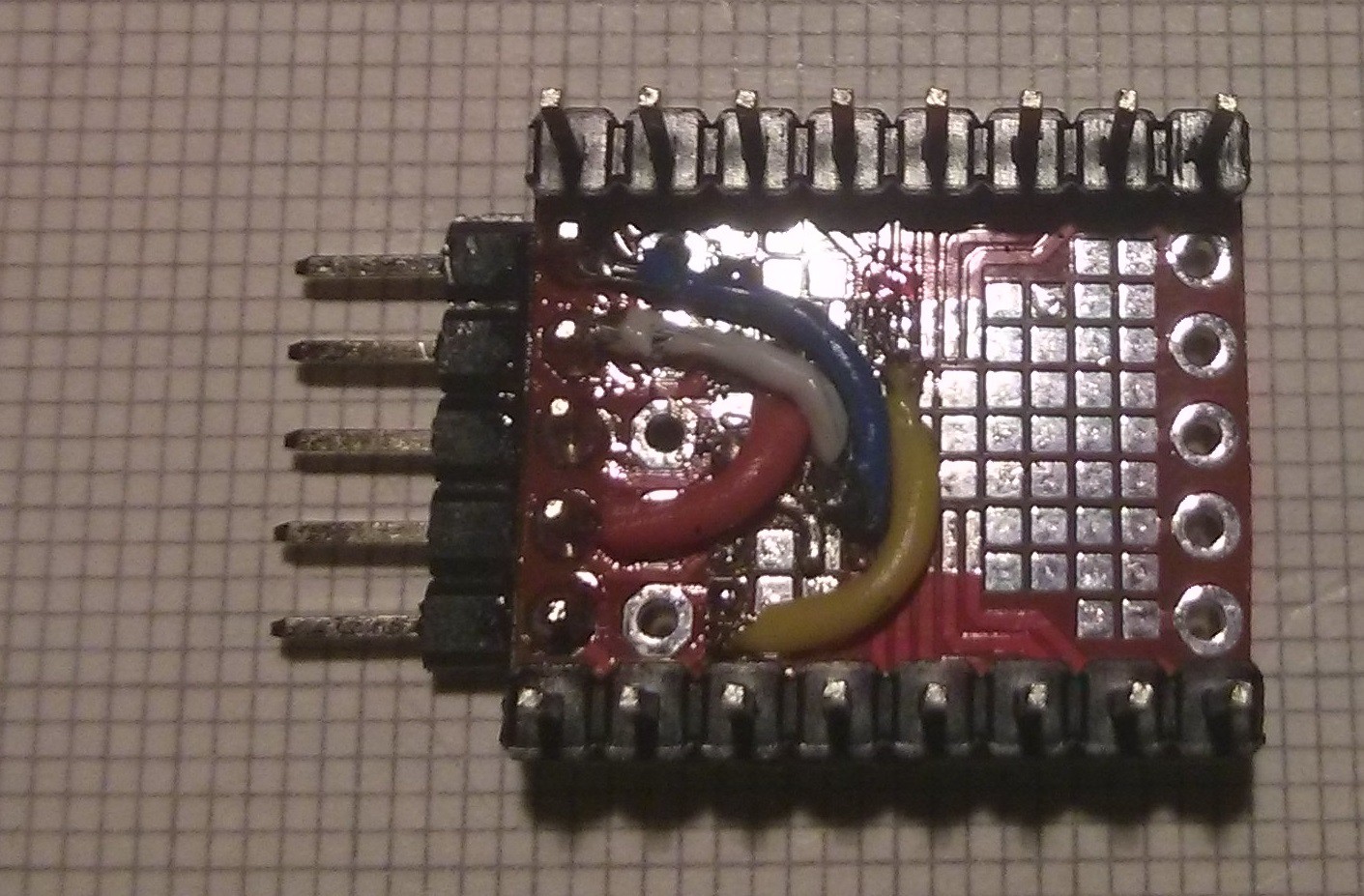 Basically it's just a breakout for a PIC16F1503 with some of the pins connected to an ICSP header. It's not shown in the 2nd image but I later added a pull-up on !MCLR and a capacitor on Vdd. There's some more space for a power LED, a LED connected to one of the pins and/or an external crystal. See also this log for the 'project' I used it for.