This project was originally envisioned as RPi2 specific, and prototypes were developed which included the 40-pin header on the vLabtool itself. However, it was later decided to stick to USB, and make the software work with the RPi2 since it has 4 USB ports, and one can be dedicated to the vLabtool.

Some problems were encountered, and deemed necessary a few firmware changes. The receive buffer of the RPi is much smaller than full blown desktops, and this caused overflows, and data loss. The software has to bring large datasets after splitting them into smaller chunks.

No detailed testing has been carried out yet, and here's a picture of the oscilloscope GUI running on an RPi2. 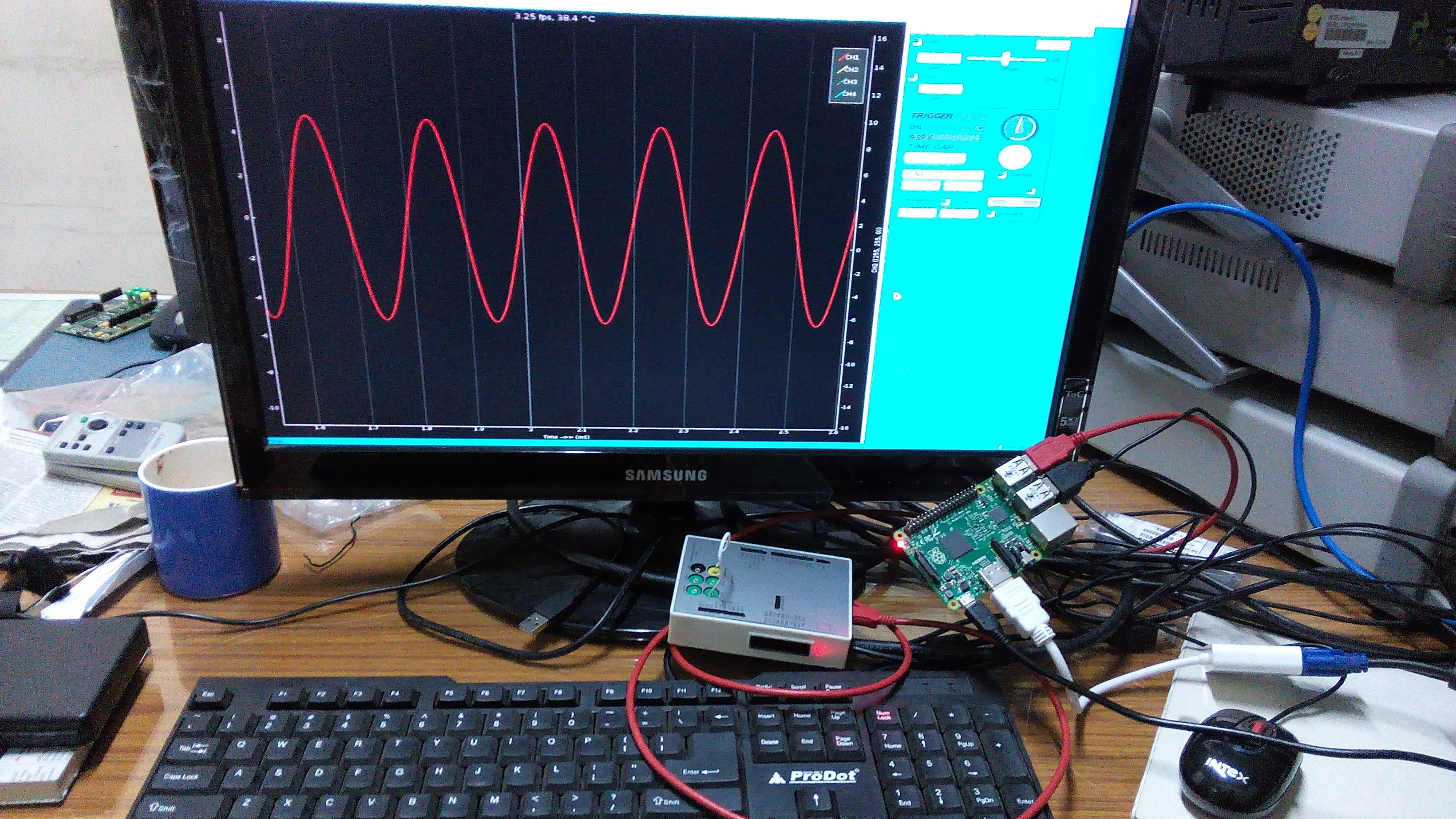