The capacitive touch isn't working reliably. I thought maybe it was my implementation. I was using a strip of copper tape with a wire soldered to it and connected to the PCB. In testing, this worked just fine. I tried a breakout board from Adafruit that uses the AT42QT1010, and while it worked fine in testing, it also had the exact same problems at the museum. 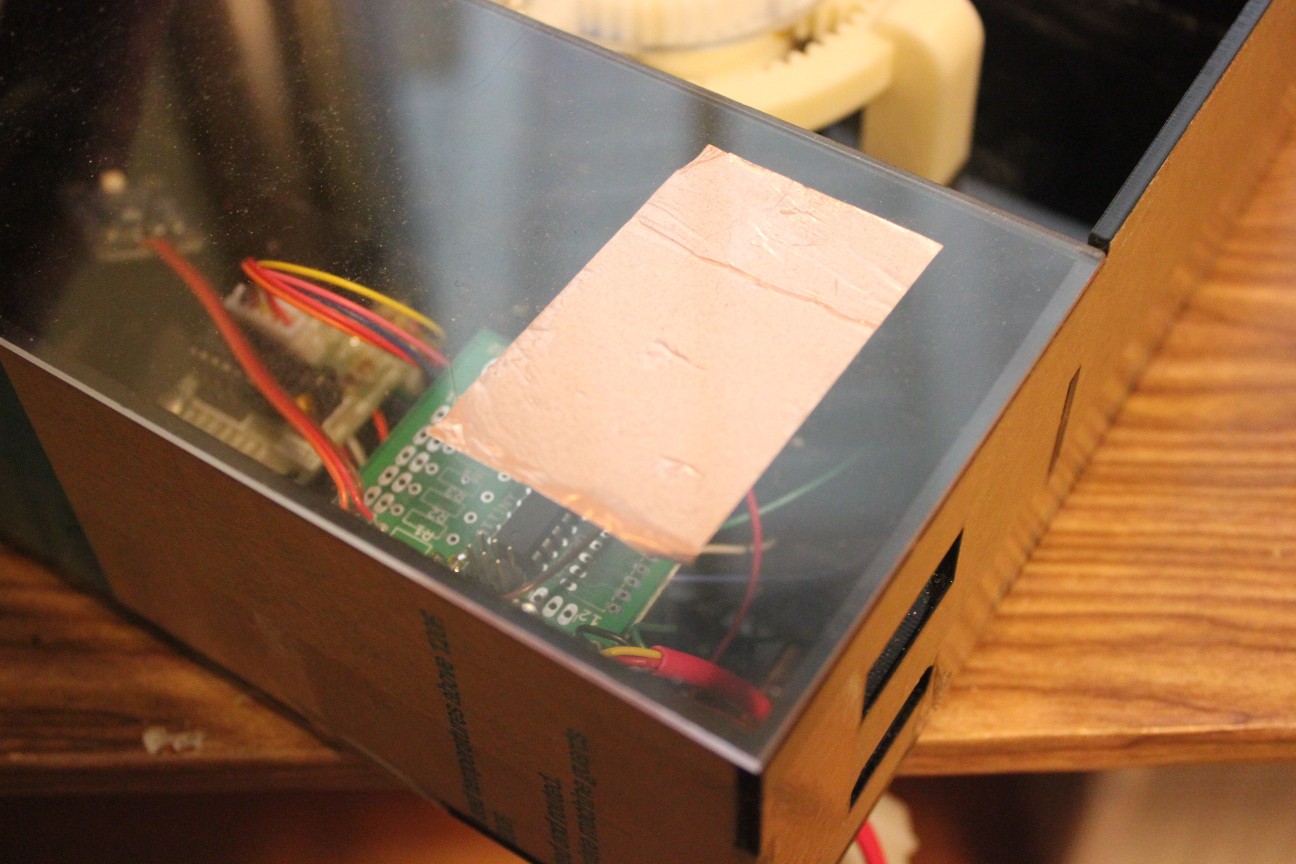 I'm now working on a photoresistor implementation. Fortunately, the circuit is easily modified to support the photoresistor instead of the capacitive touch sensor, and all the code for detecting touch was in a custom library, so fixing all the cells requires just a single change to the library (and uploading to each cell of course).

I tested out the photoresistor behind paper like it will be in the installation, and it was still easy to detect the changes. I also put in some code to have a moving average and moving threshold, so it looks for quick change. This will help with people holding their hands over for a long time, or with changing light conditions as lights are turned off or on, or the sun rises and sets. I still need to test this in the museum to make sure it works, but it's promising.

I'm using a similar approach for flashlight sensors on a forest walk. I use an array to store past values then calculate an average from these. The array is updated while waiting for a trigger. It's outdoors so has to cope from dusk 'till dawn ambient lighting. I considered capacitive "buttons" for some things but then there's how rain affects the pads to consider.

I sympathise with your travails. Kids just hammer on the buttons while the parents stand mutely watching.  I have used arcade machine buttons for other "child proof" stuff. Some get broken but they are cheap and, relatively, easy to replace.