Designing stable firmware for embedded devices is always more complicated than it first appears. The goal with this project is simple - read the solid state meter and toggle the relay ON and OFF over WiFi. Should be easy right? Well.... 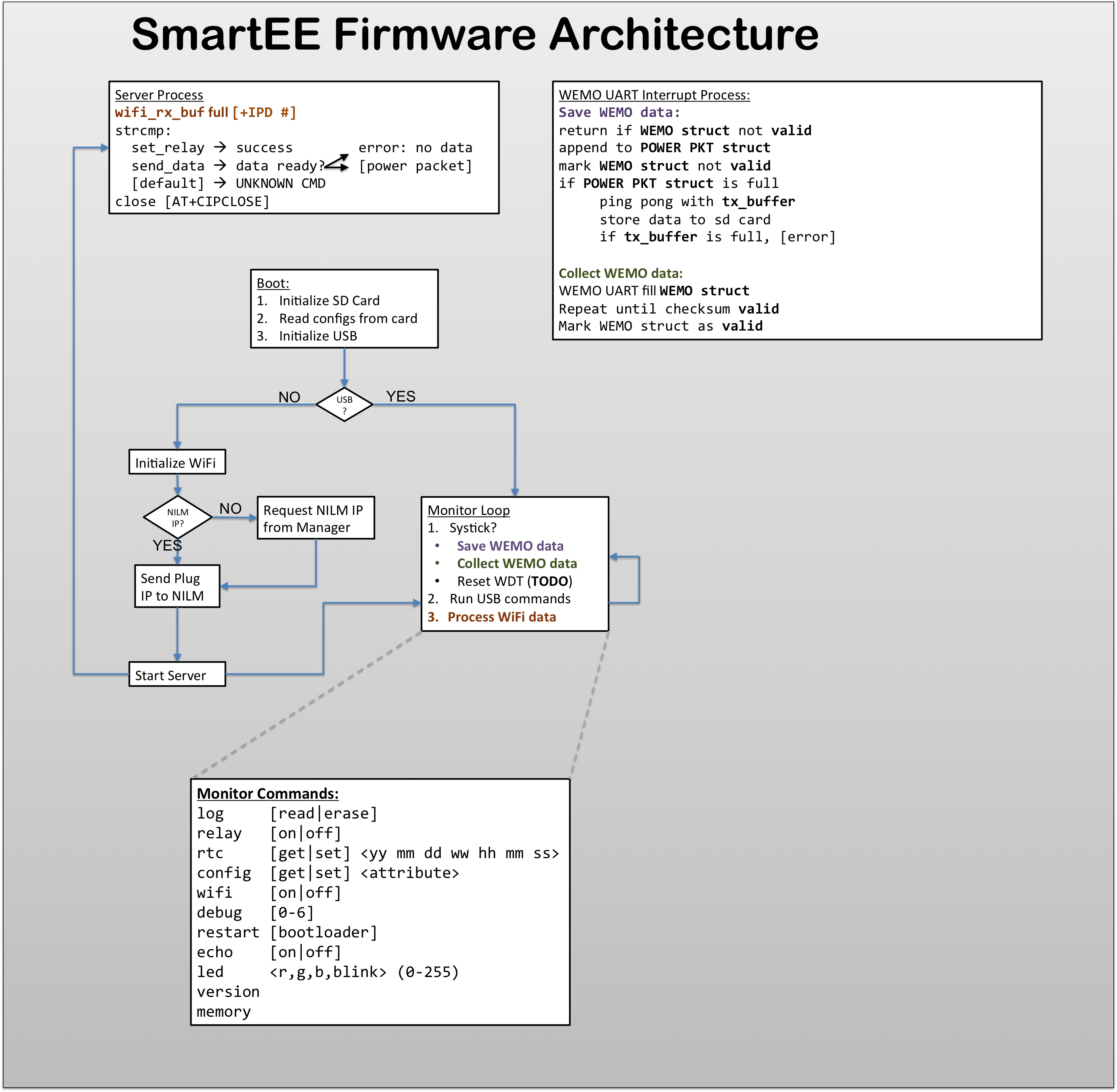 The solid state meter auto reports data quite fast - several packets per second. This is too much to transmit so only one packet every other second is actually recorded. Sampling at 0.5Hz seems to be a good tradeoff between resolution and WiFi bandwidth. Each time the monitor loop runs it checks if a valid meter packet has been read, if a new packet is ready it is stored in the server buffer and also recorded to the SD card. The monitor then sets up the UART for a new meter reading. Since the meter chip sends data asynchronously to the monitor, the UART might receive a garbled packet depending on when it starts to listen. Fortunately garbled packets can be detected by their corrupt checksums and discarded.

The ESP8266 uses AT modem commands which, while simple, are surprisingly tricky to handle in C. Manipulating strings and handling the asynchronous arrival of data requires some careful coding. Oh memory leaks.... The ESP8266 commands are all in [wifi.c] safely abstracting to gory details of AT commands from the rest of the code. Hopefully this will also make it easer to replace/upgrade the wifi portion of this build in the future.

The monitor loop is the main [while(true)] loop that coordinates the execution of the other processes. Additionally it handles USB TTY commands which are used to configure the plug and retrieve data. The figure shows some of the supported commands.

Of course you can only really get a feel for the code by looking at the code! I'll be posting the full firmware to the github repository soon!

If you have any questions please let me know!

The Hardware is Yours!

The Firmware is Yours