Once I got the fan mechanics finished I had to install them in the helmet, which was really tricky because they needed to be perfectly aligned with each other and there is a separate angled piece that fits in between the fan blades and the side of the helmet that also has to be aligned correctly. I made Aluminum mounts for each of the fan mech base plates and secured them to the inside of the helmet with some ProPoxy20 (great stuff) and then applied a layer of fiberglass cloth with epoxy resin (I like West Systems) over it to reinforce it.

To fit the fan mech caps I had to hollow out the resin castings and then reassemble them with magnets and and a locating tube epoxied in. I also had to fit some brass trim that covers the gaps left as the fans rotate.

Once I got all of this done I realized the linkages that drive the fan blades were too large so I had to make new links from brass sheet in order for the caps to fit correctly. 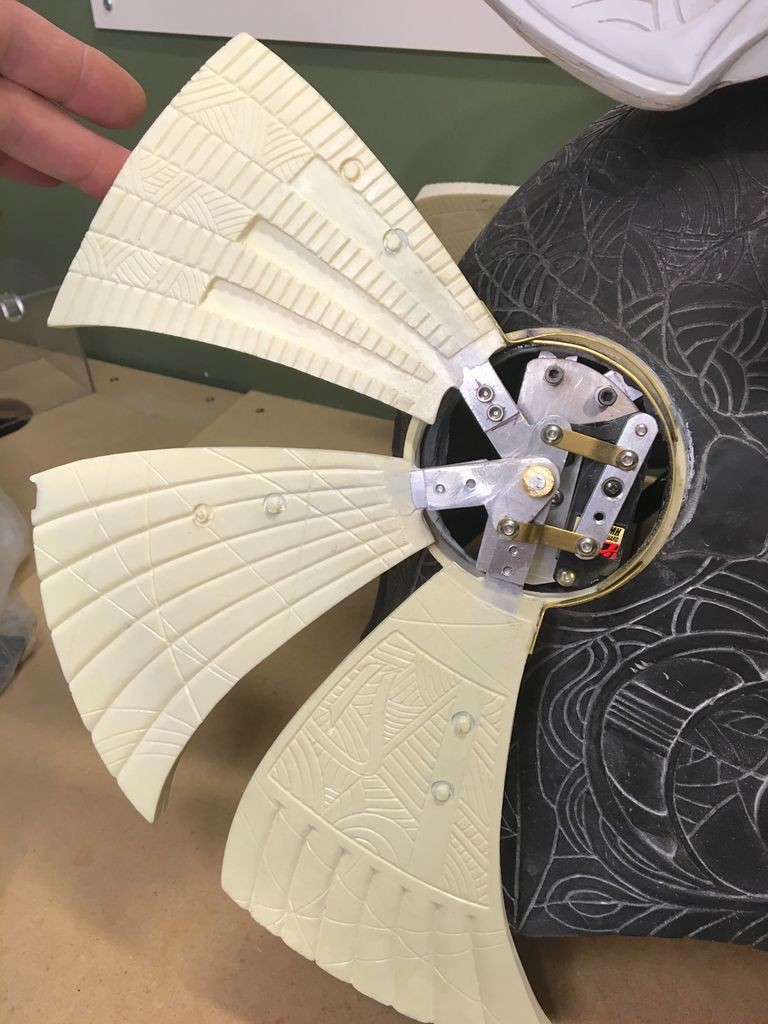 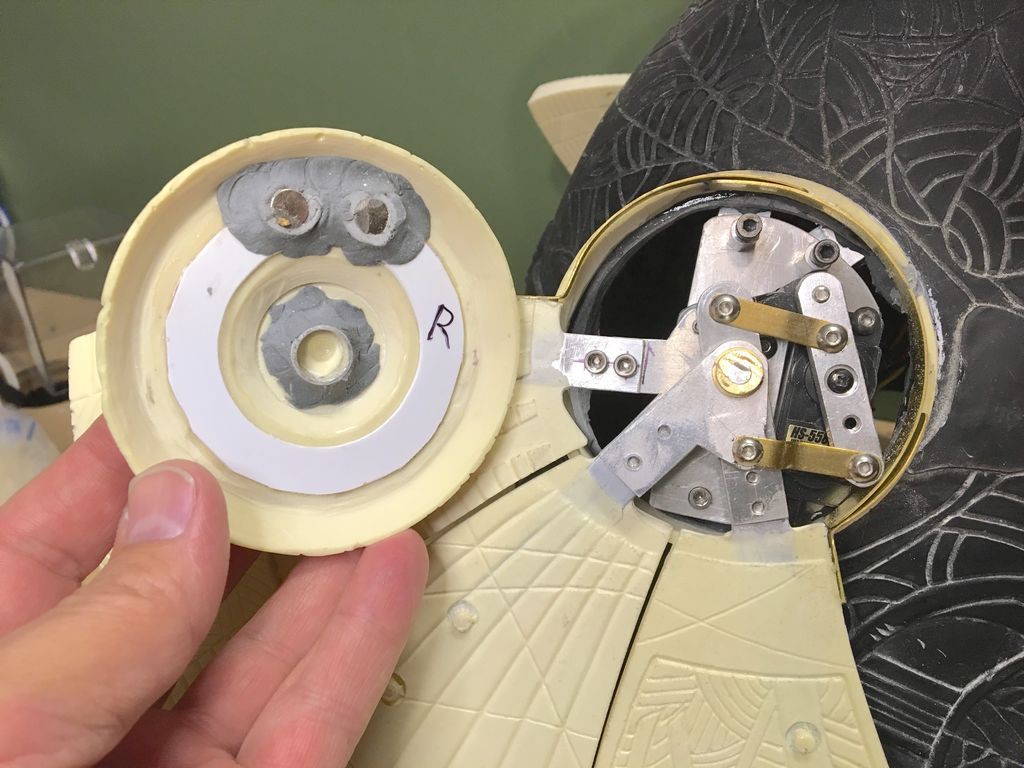 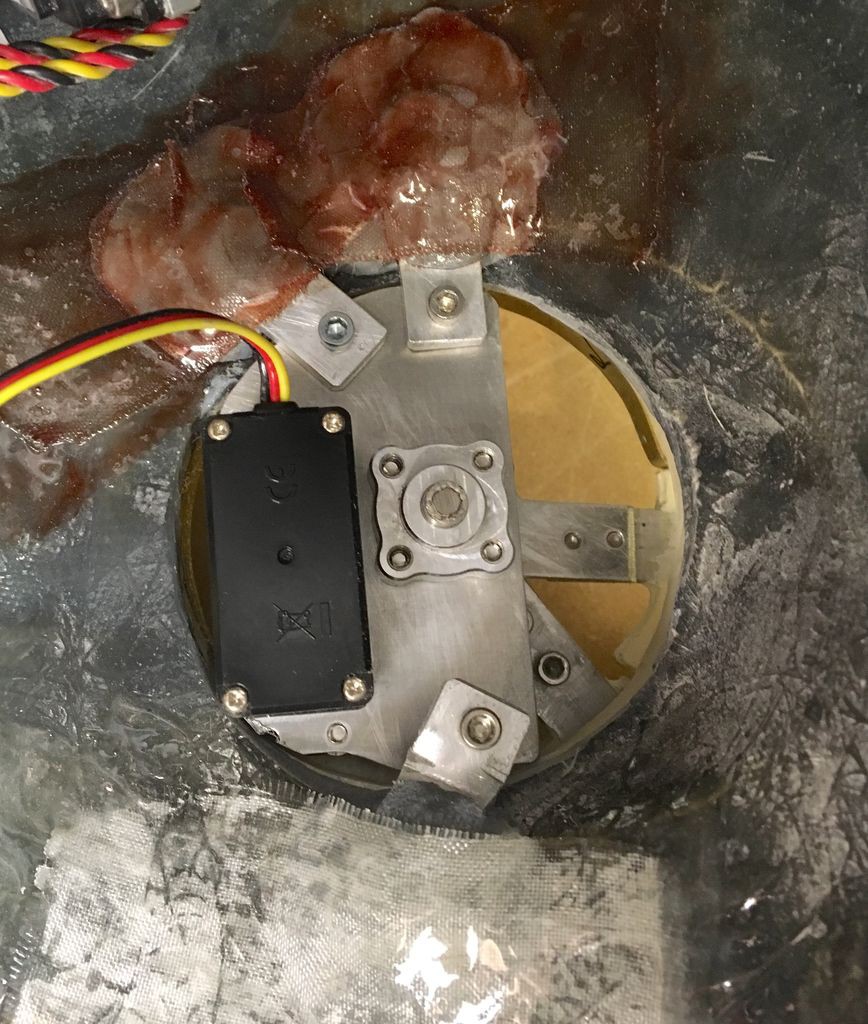 With that solved and the fans moving correctly I realized the head now sat too low and too far forward so I had to machine a new neck joint that raised the head up and moved it back a bit. 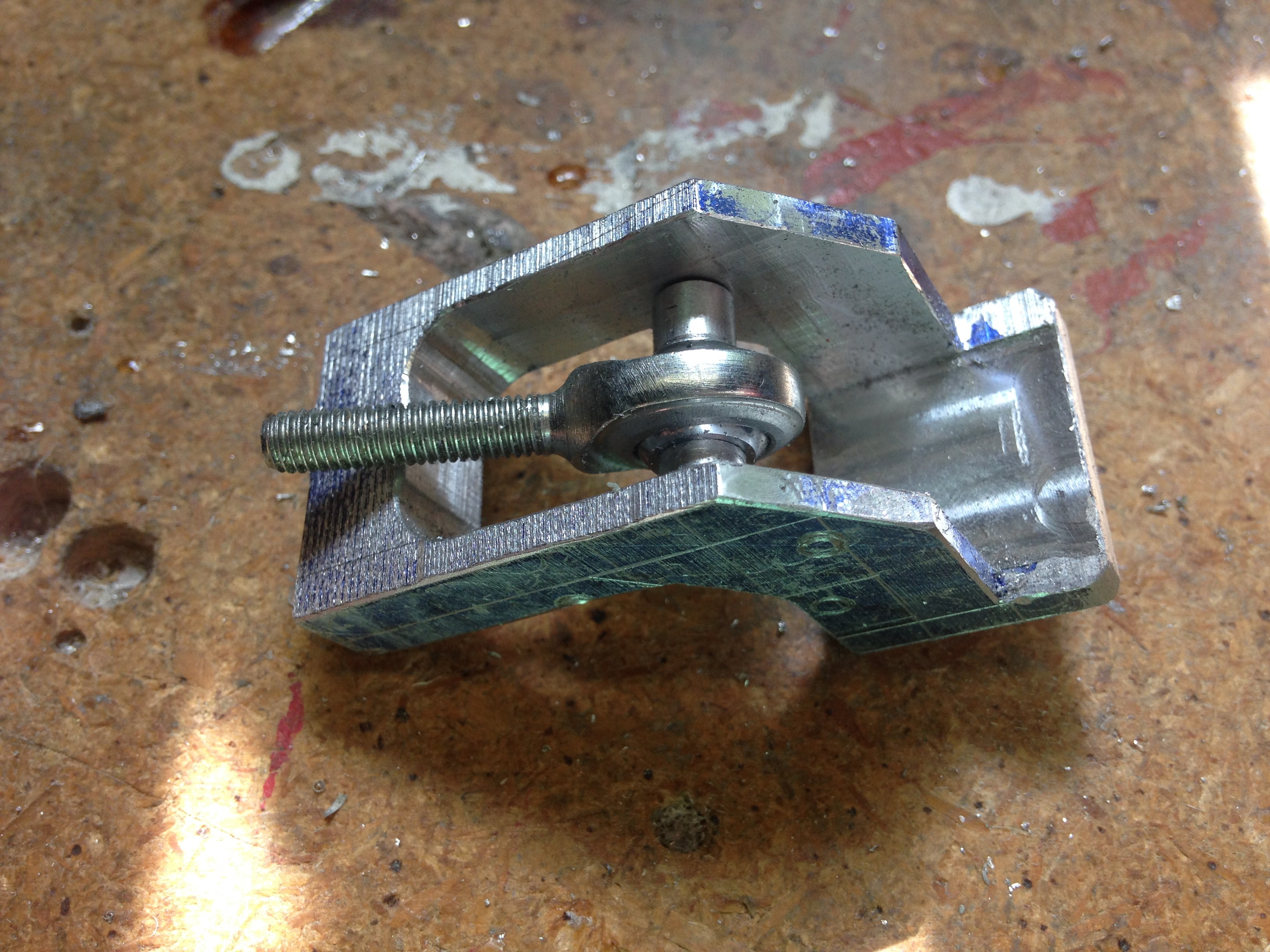 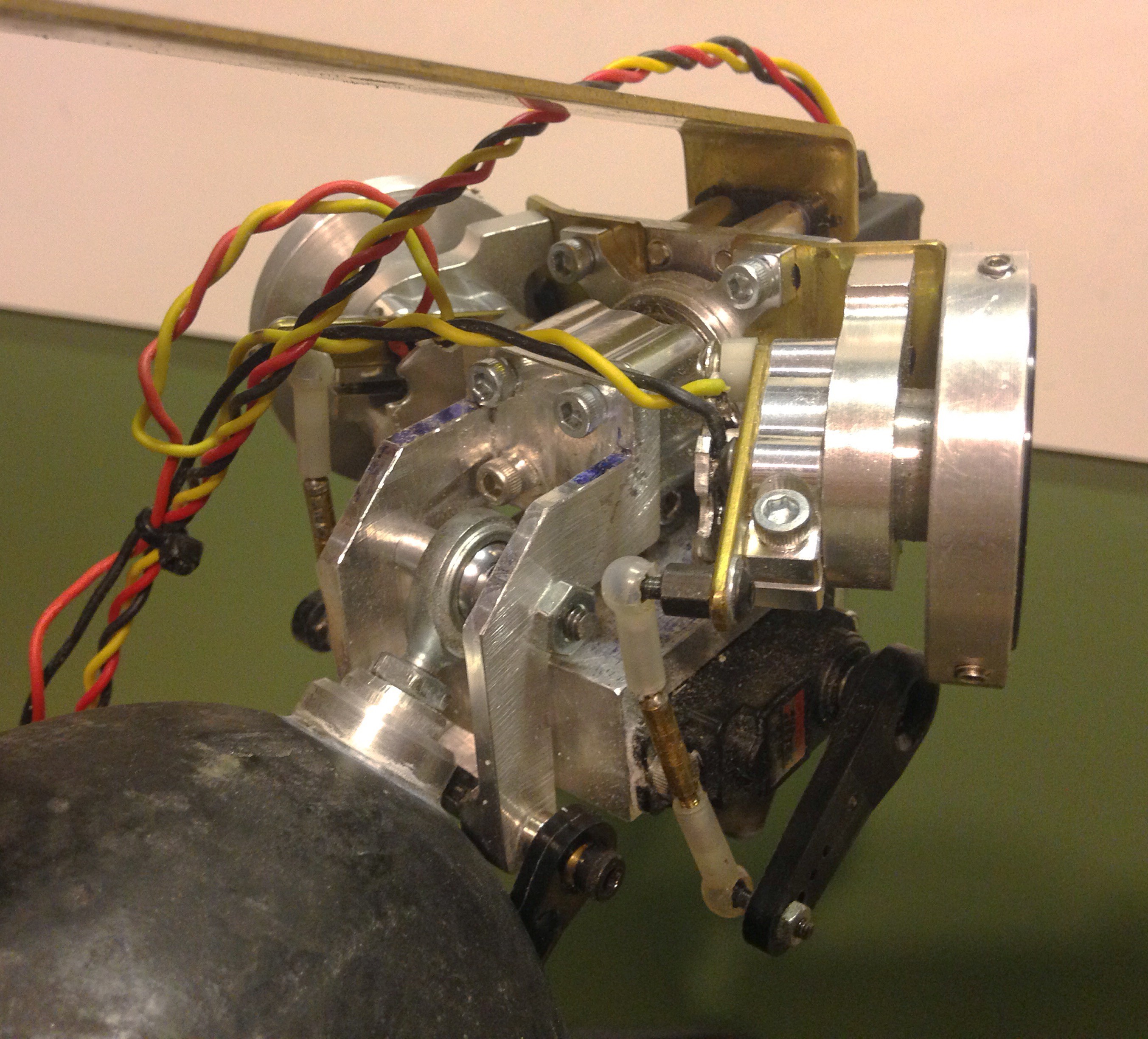 I drilled two holes in the brass sheet that mated up with two screws mounted to an Aluminum plate inside the head. The Aluminum plate was first attached inside the head with some ProPoxy20 and then reinforced with fiberglass cloth and epoxy resin. With this system the head could be removed by simply unscrewing two thumbscrews. 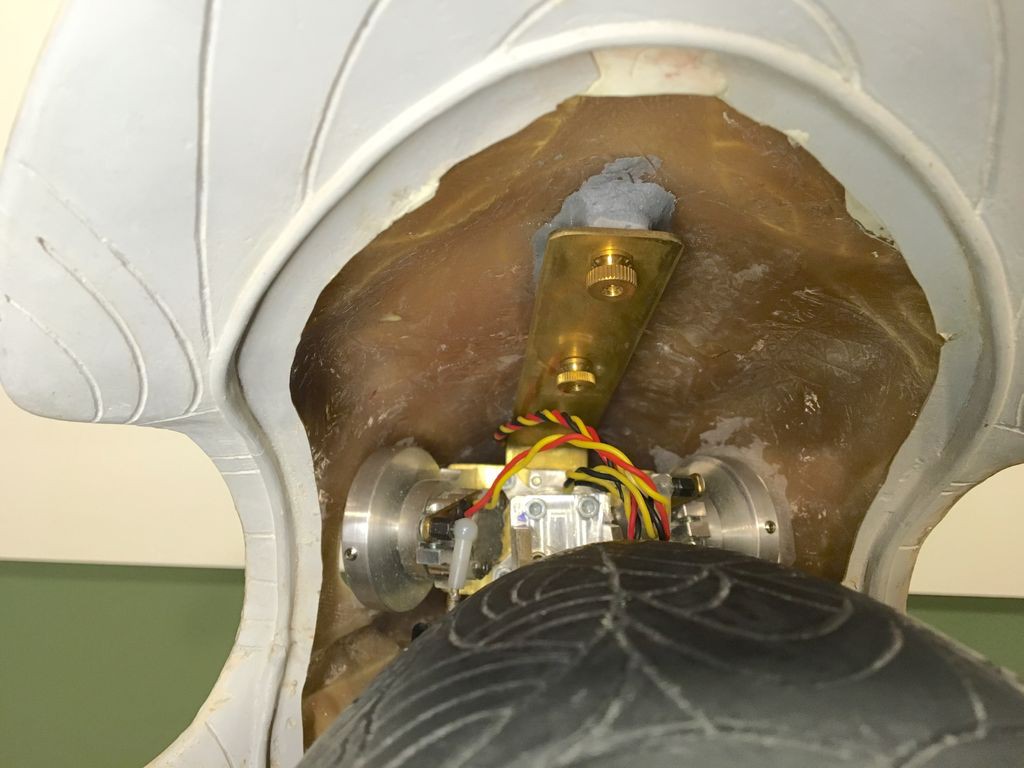 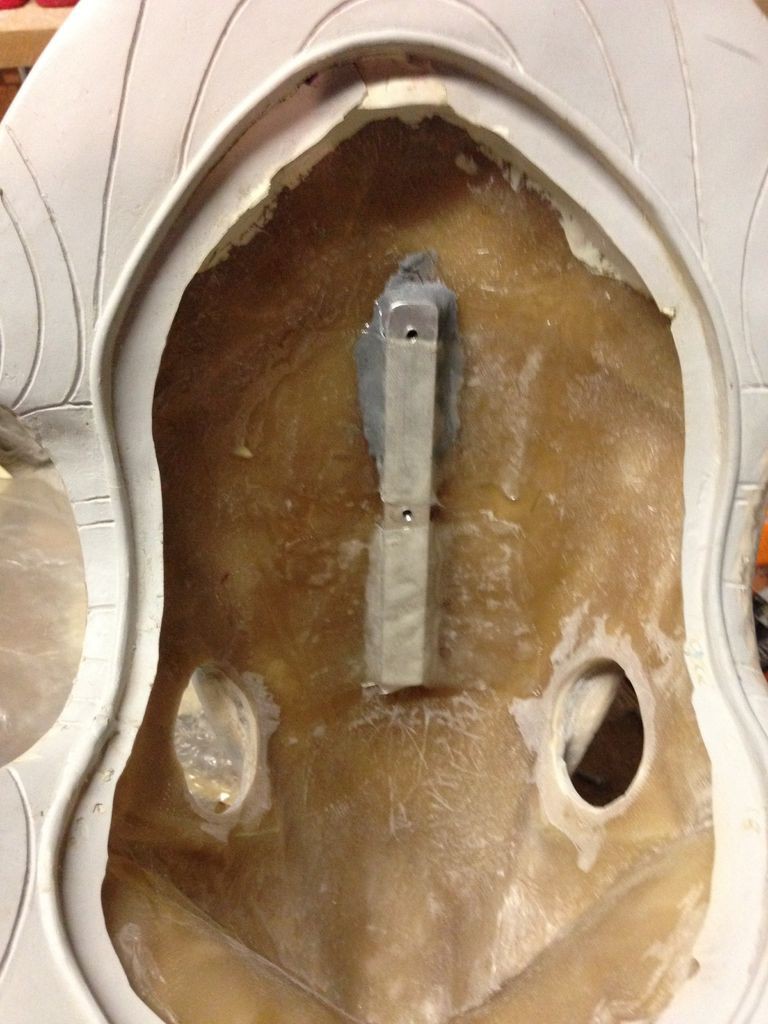 And with that the animatronic system is finished and good to go! 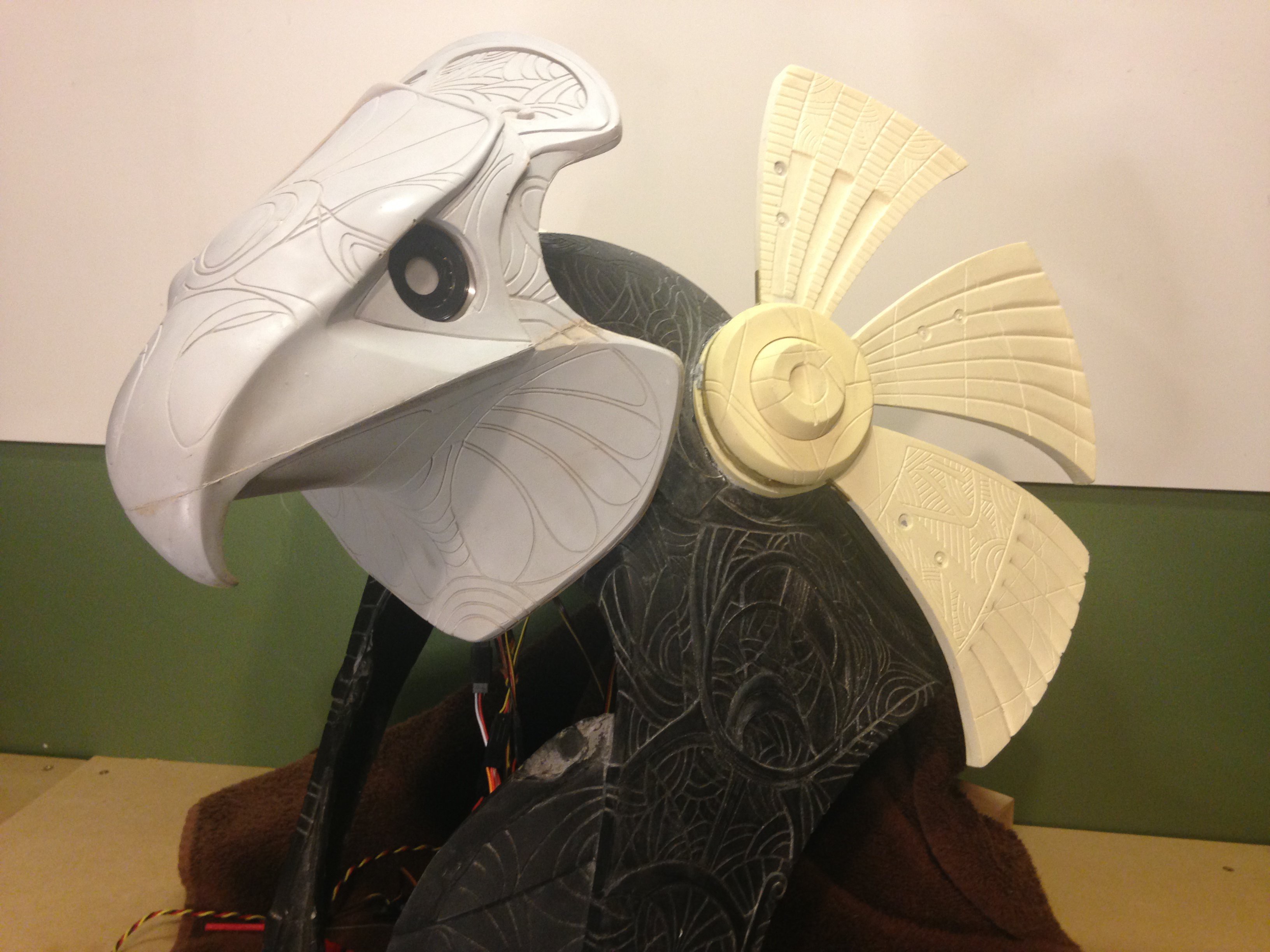