I'm about to start assembling the first revision of the Motorola 68000 motherboard. This revision, rev1 (I start my revisions at rev0), includes a few fixes for minor problems in the prototype. None of these problems were show-stoppers, and I was able to craft fixes where necessary in order to get the rev0 (prototype) motherboard working. More importantly, rev1 adds some minor new features to the board. Here it is. 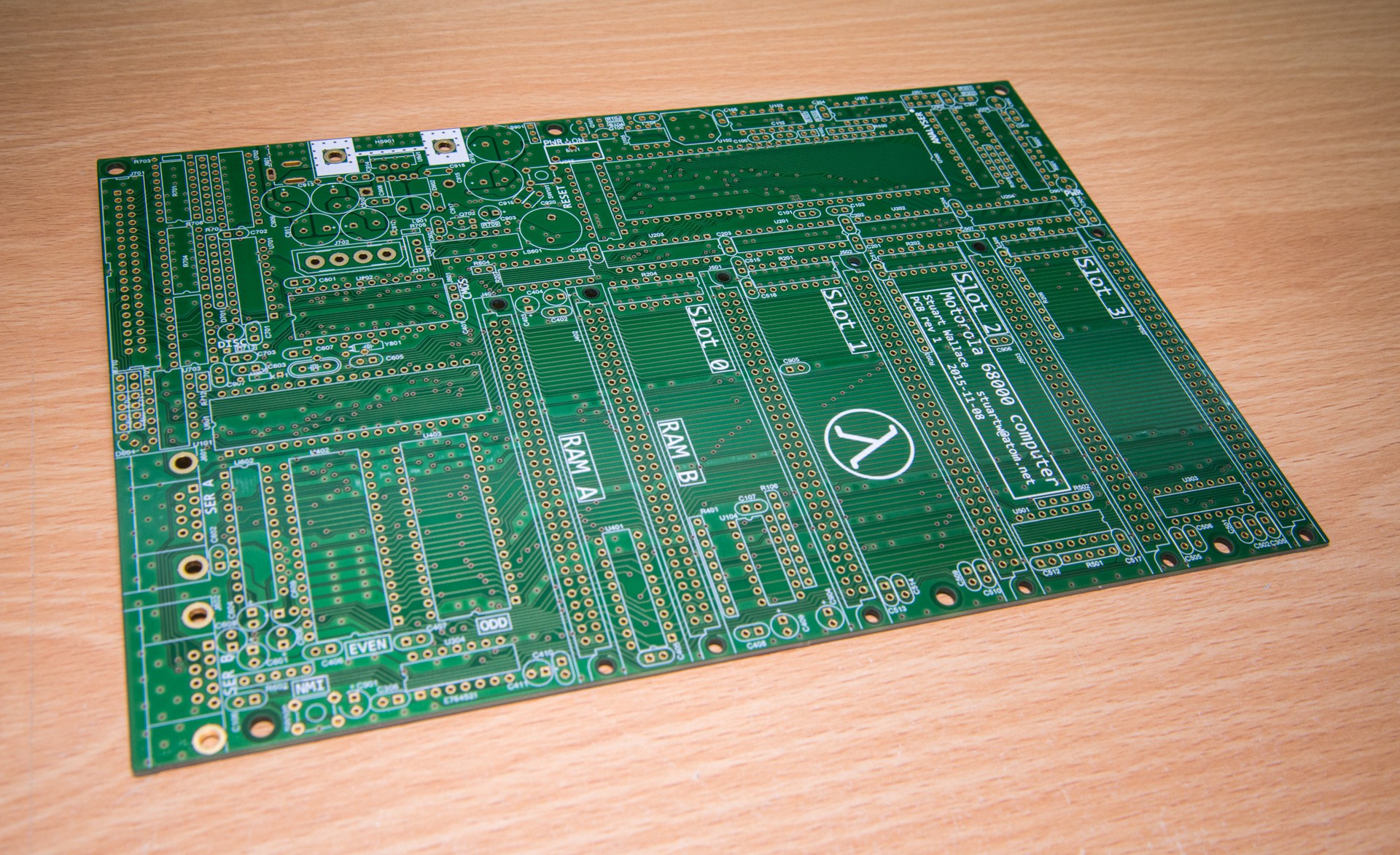 Here's an example of a rev0 bug I needed to fix. This is my hacky fix for a wiring error in the capacitor network which the MAX238 RS232 driver/receiver IC uses to drive its internal voltage converters... 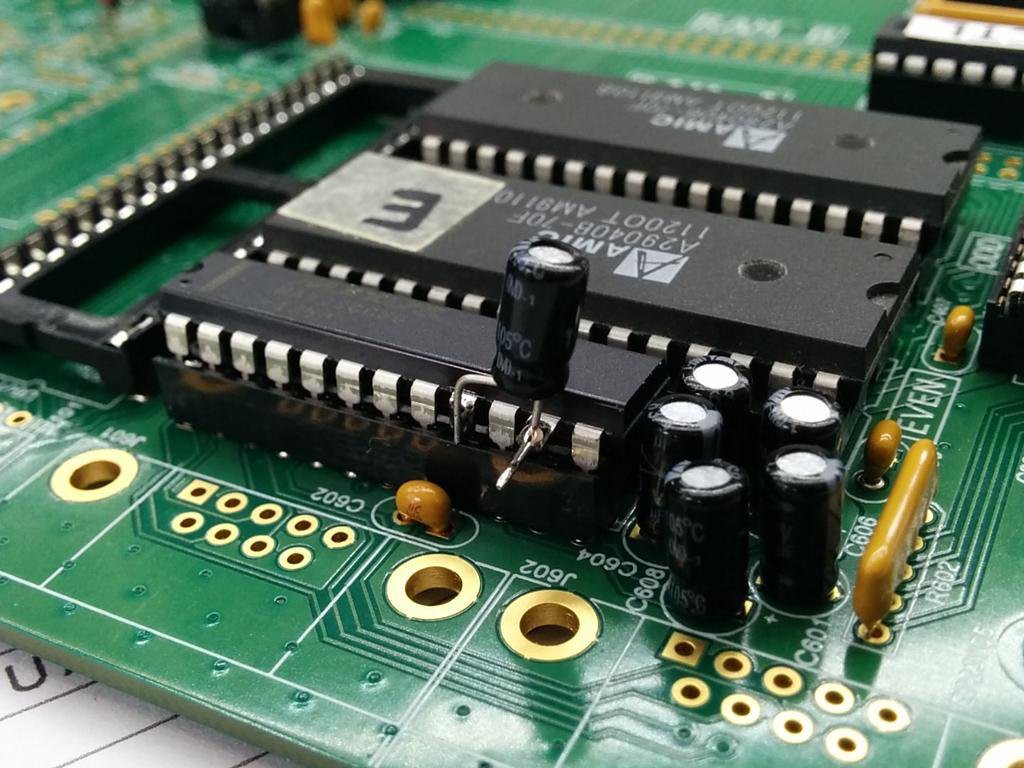 The second revision fixes these bugs in the prototype:

A few other, more cosmetic, problems are also fixed in rev1:

New features in rev1 include

So: I'm about to start populating the board. The last one took about 8 hours to solder; this one should be quicker, as I will be doing a lot less testing as I go along. I also won't be socketing all the ICs this time around; I'm only going to socket the expensive ones.