It's dark, you're out late, and can't find your bike. Press the button on your phone or remote and the bike lights up and lures you back.

In the last log, we had the firmware working. Previously we had the mechanicals and the electronics done. Now it's time to install!

I purchased a steel rod from the raw stock section of the hardware store for a couple bucks. Then I bent the end into a hook and tied the sphere to it. I'll tie it better later, and probably soak it in glue so that it can't go anywhere. A long term solution is warranted, but for a one-off, this is fine for now. 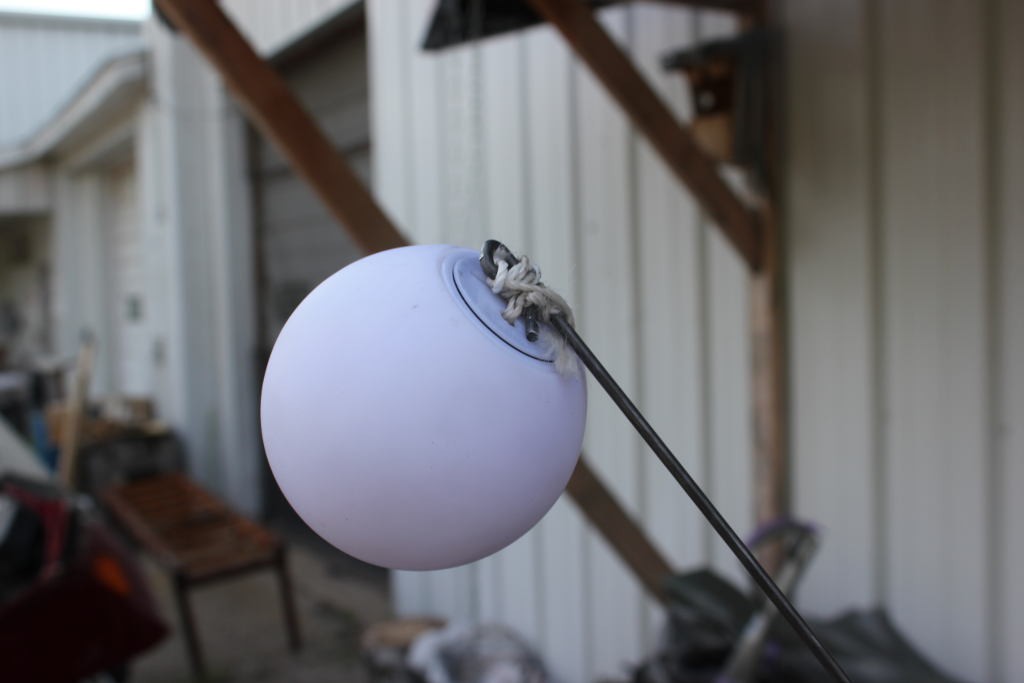 As for the other end, I used a hose clamp. The nice thing about this option is that it's easy to take on and off, and when tightened I could lift the bike by the rod. 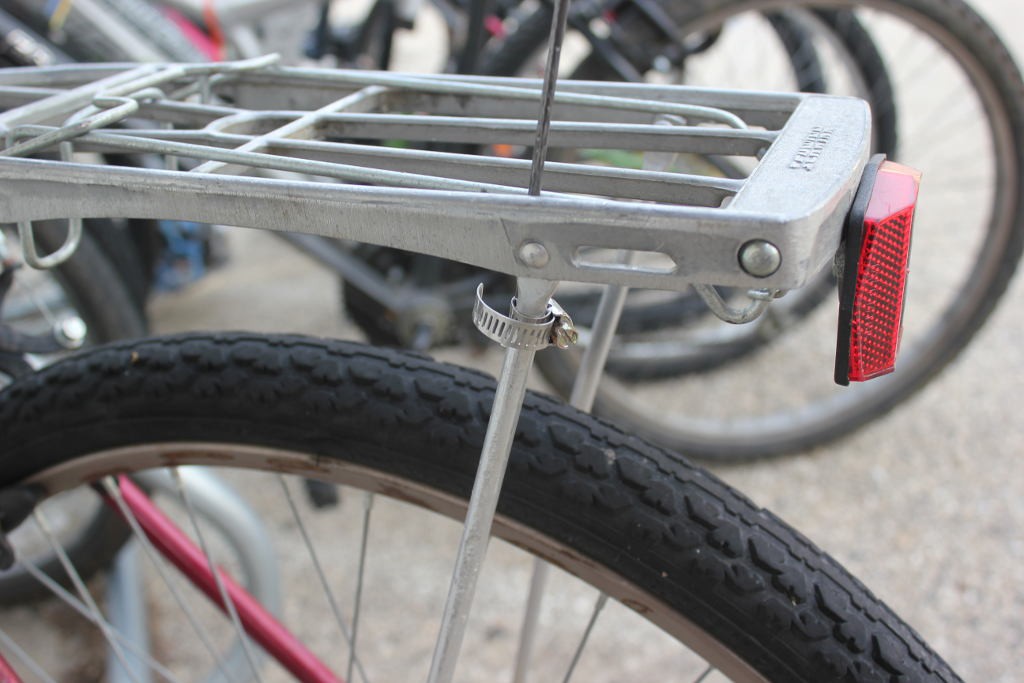 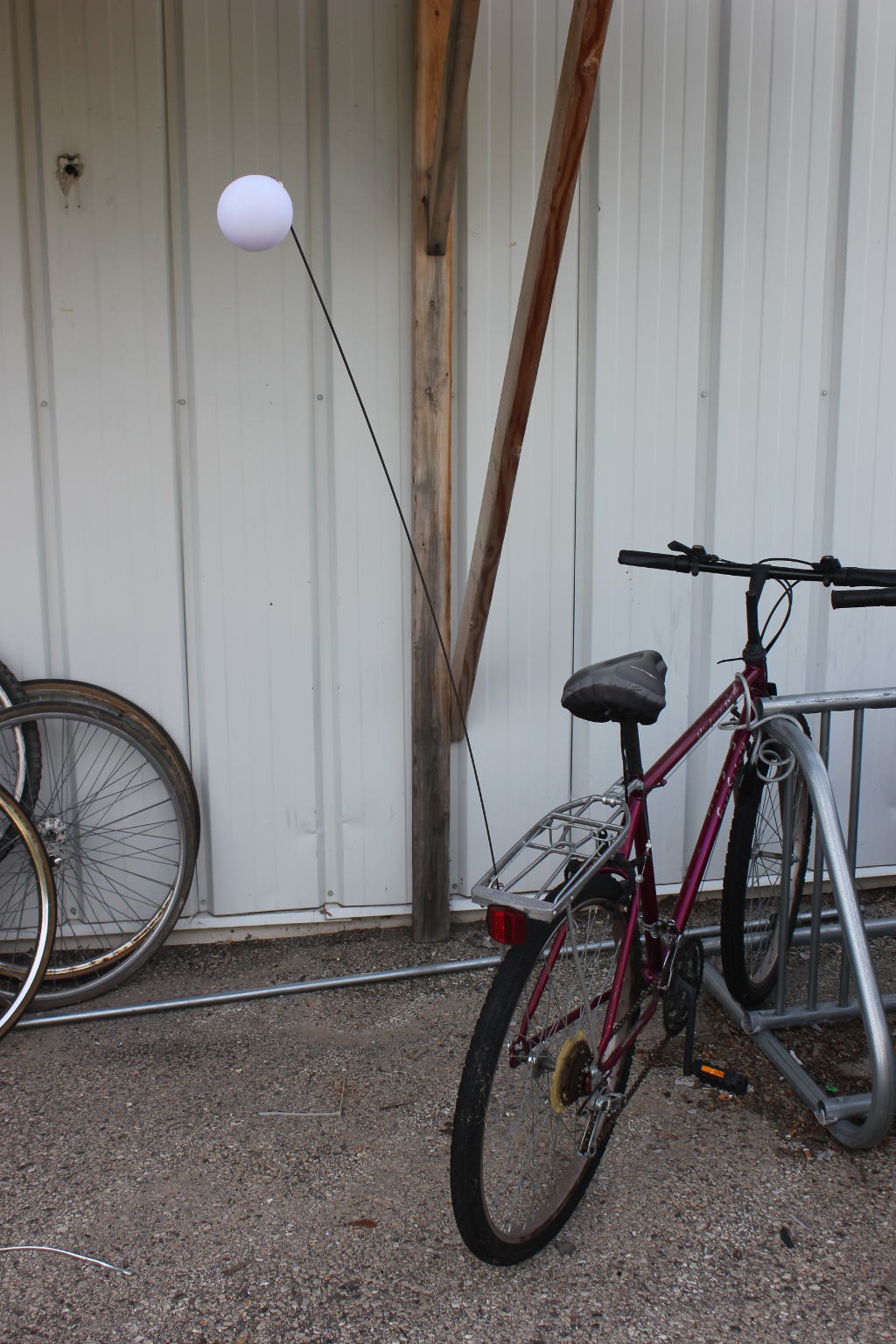 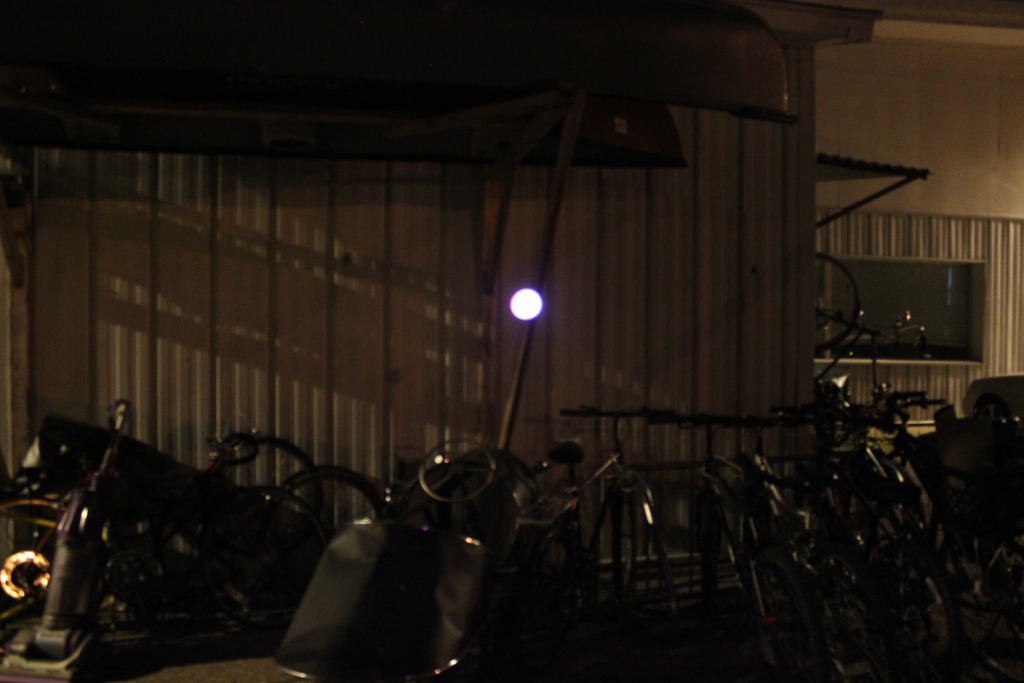 Of course, here you know where you're looking, and there aren't that many bikes. Where it'll really shine (get it?) is out in the desert or outside a big club or party, where you'll be able to easily pick your bike out of a sea of bikes.