The Hackaday.io Traveling Hacker Box recently arrived in the mostly rectangular state of North Dakota. It was full of numerous goodies that any reader of Hackaday would be interested in having.

Here are some photos of the stuff inside: 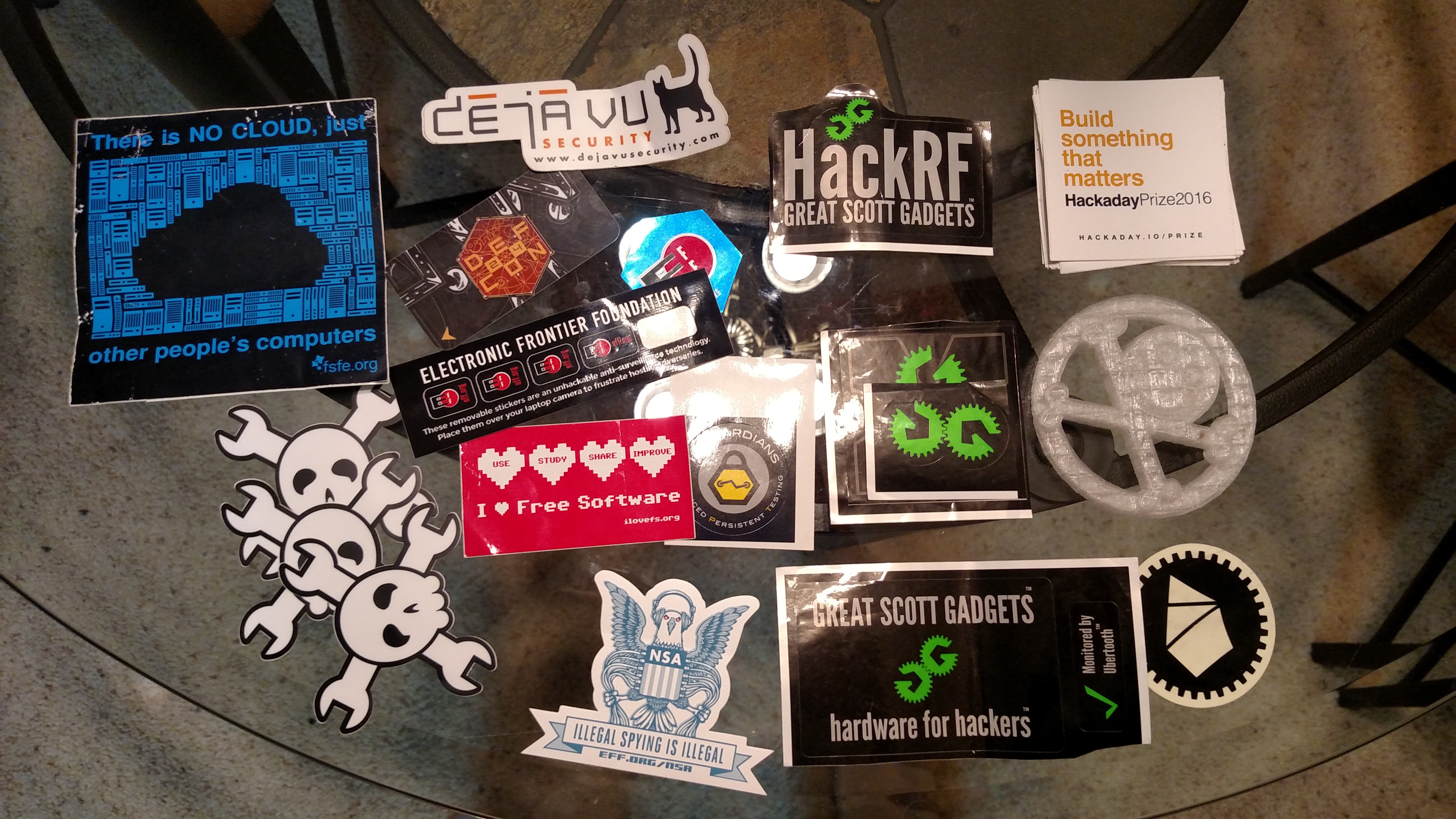 First we have a bunch of stickers. 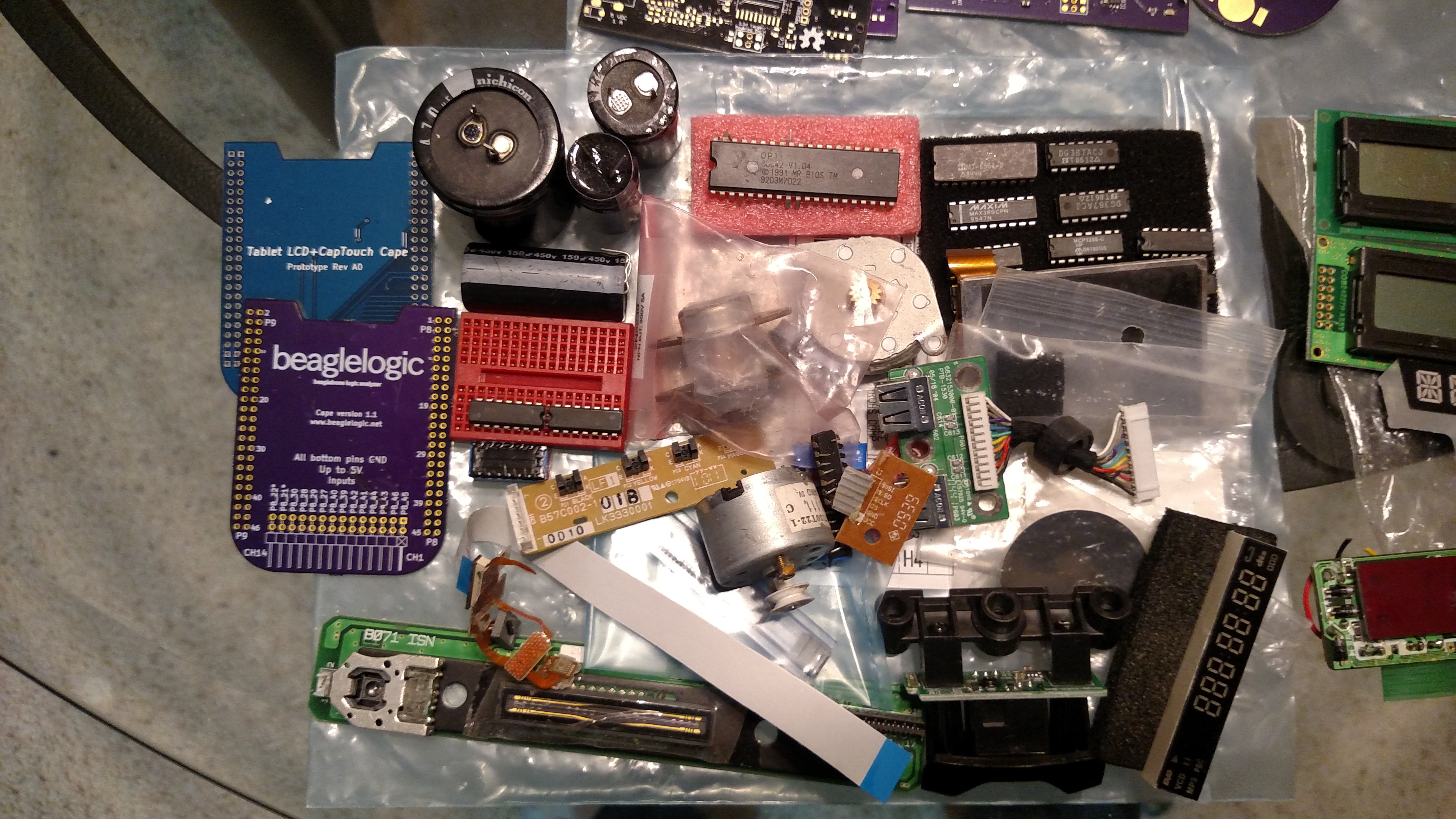 A bare BeagleLogic PCB and LCD+CapTouch board, some sort of line scan CCD board, a bunch of random components, a couple motors, and a small LCD. 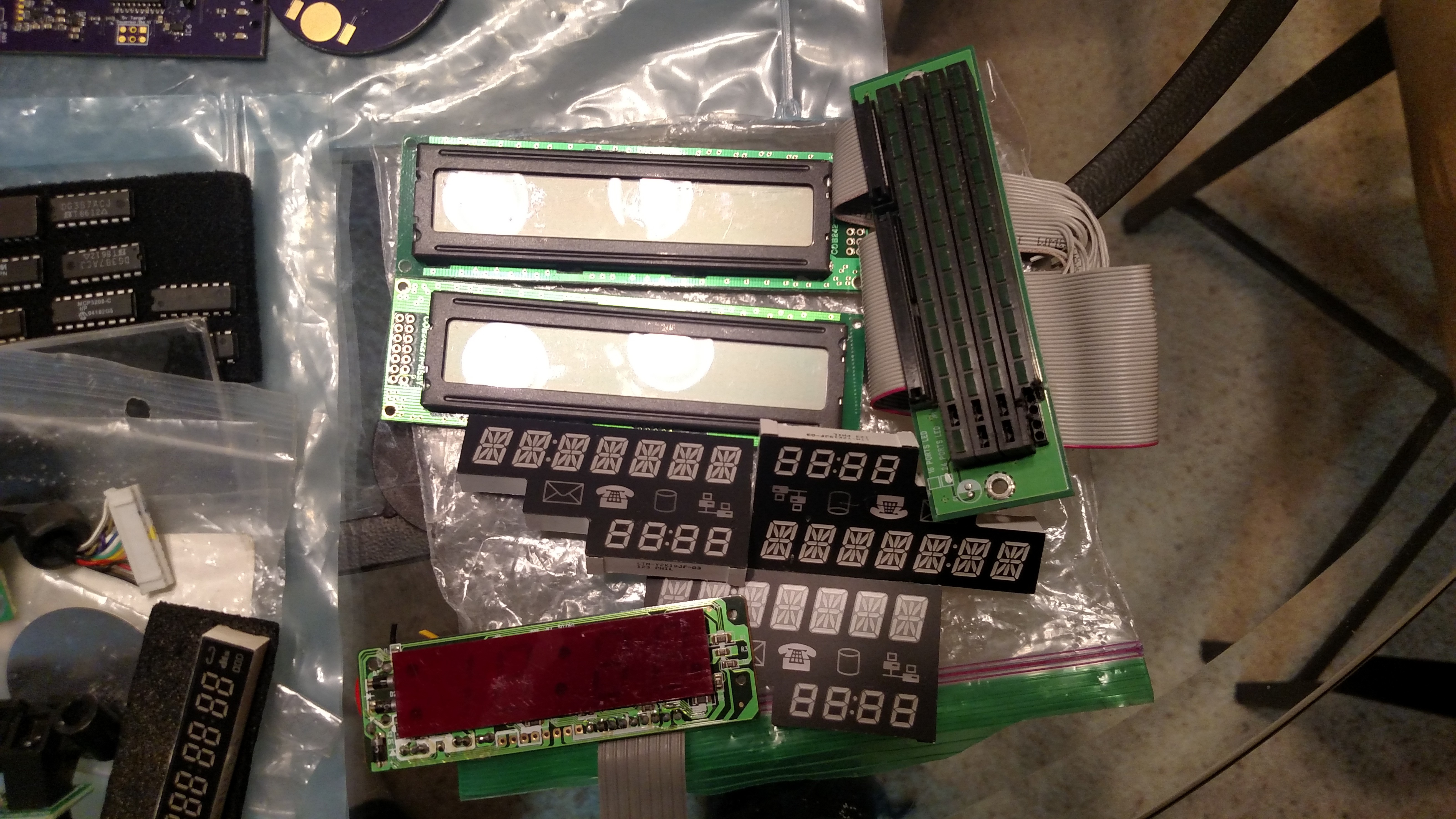 A couple of standard character LCDs and some LED assemblies. A TI dev board, a couple LCDs, a PIC programmer, a busted reflow oven controller, MAX7219 based dot matrix LED kits, an NXP dev board, and some other miscellaneous stuff. 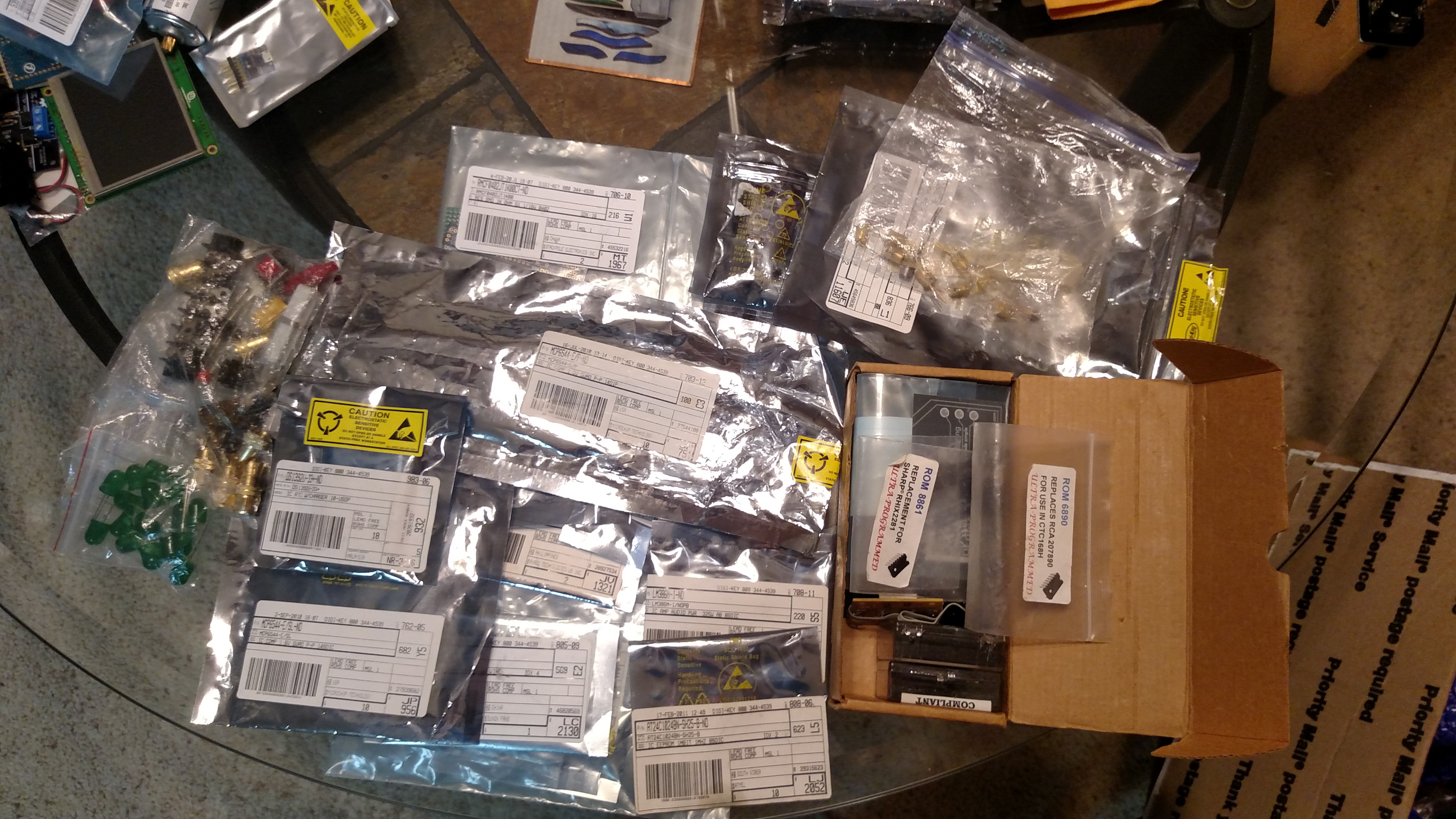 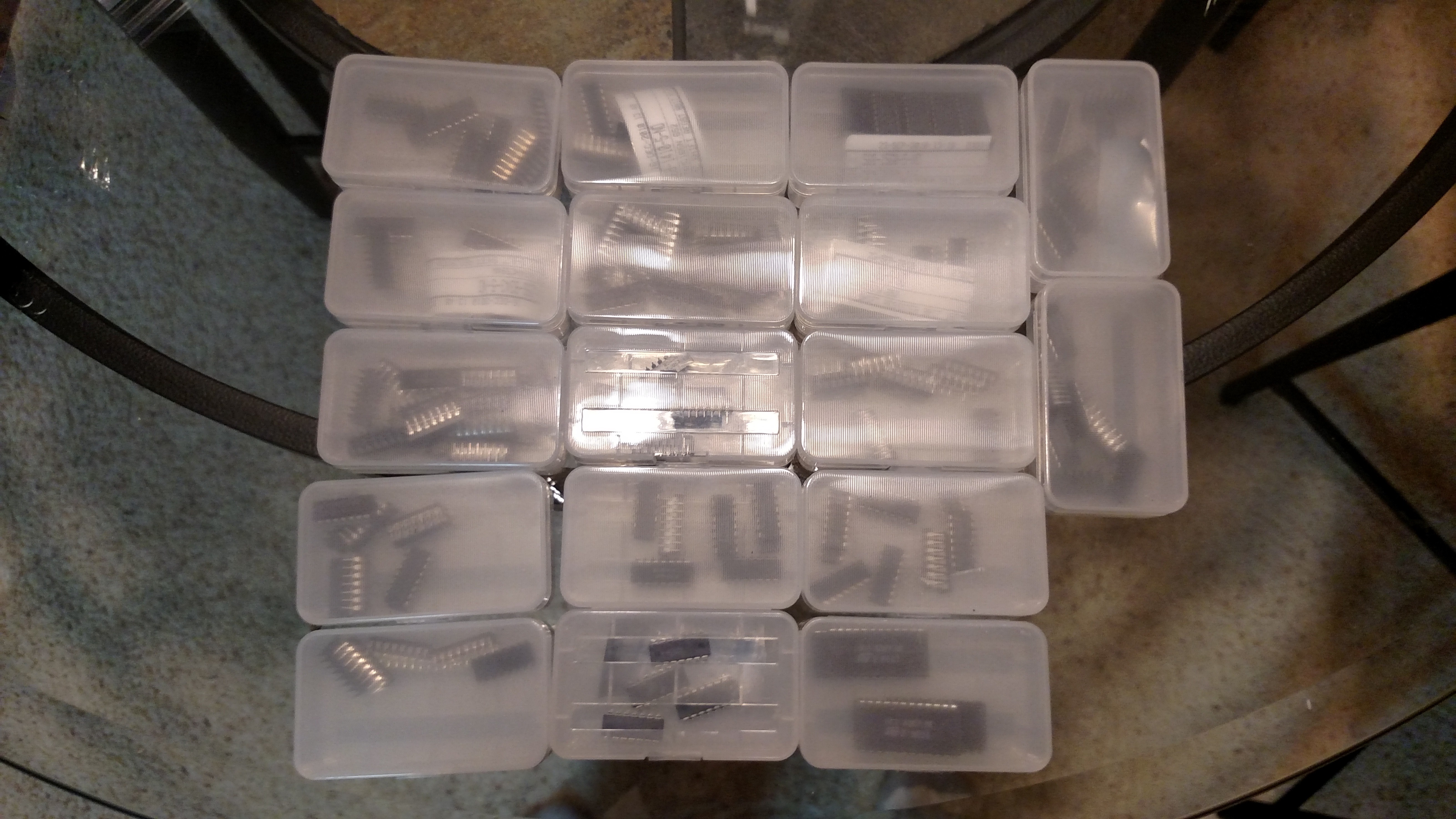 A bunch of small plastic boxes of integrated circuits. 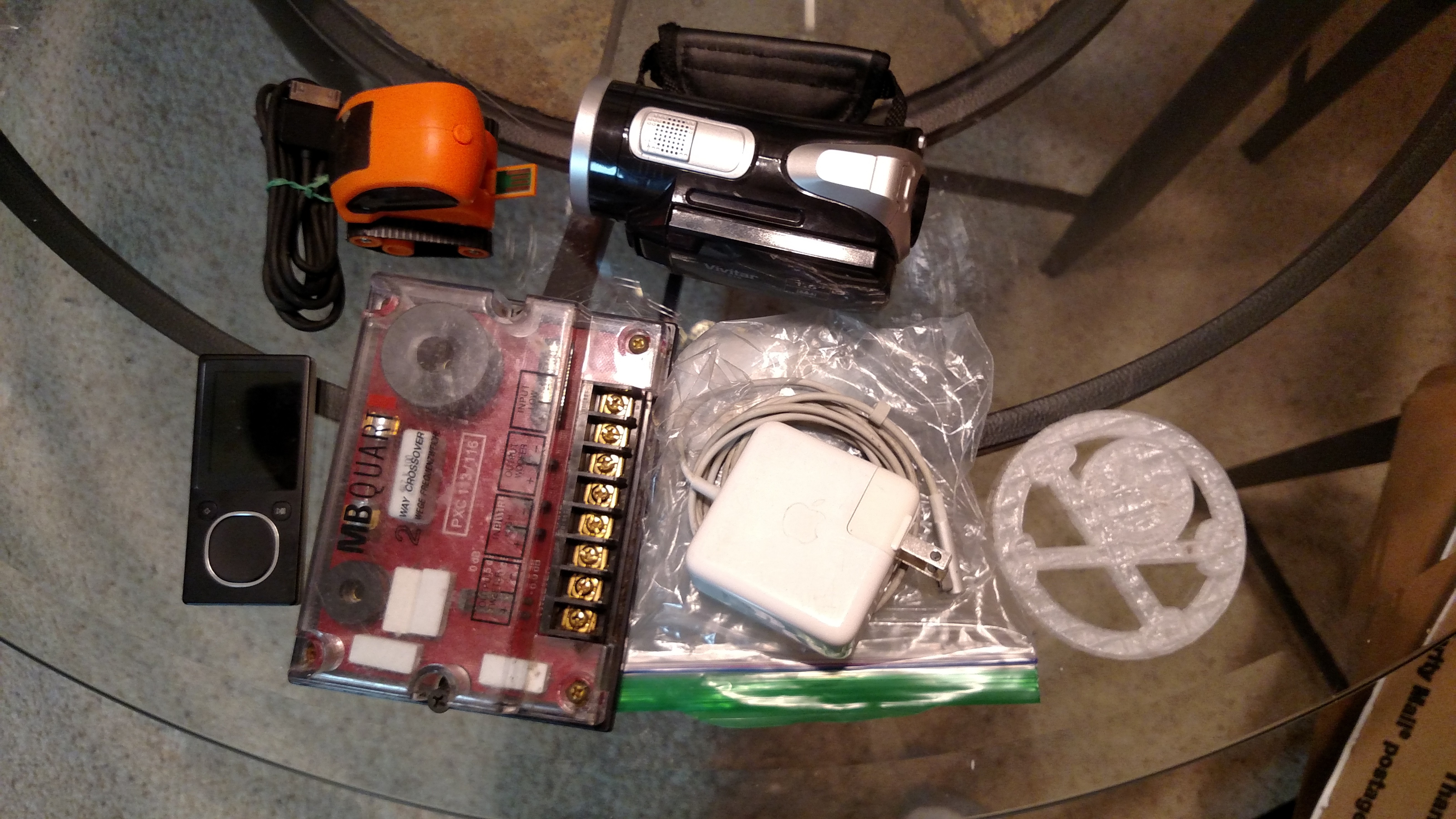 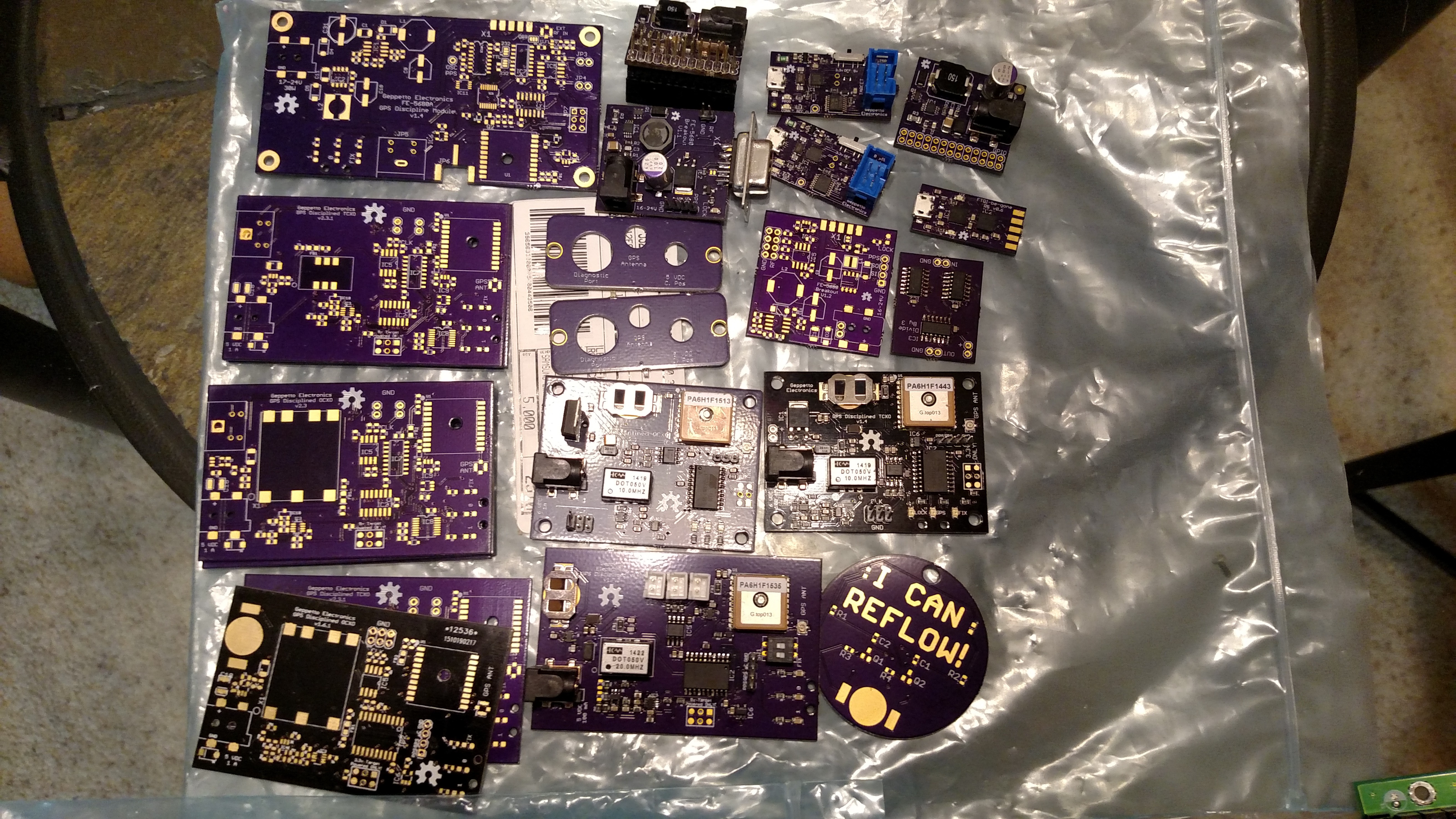 A bunch of Geppetto Electronics PCBs. Most unpopulated. A few GPS oscillators, AVR programmers, PiPower boards, a Divide by 3 circuit. 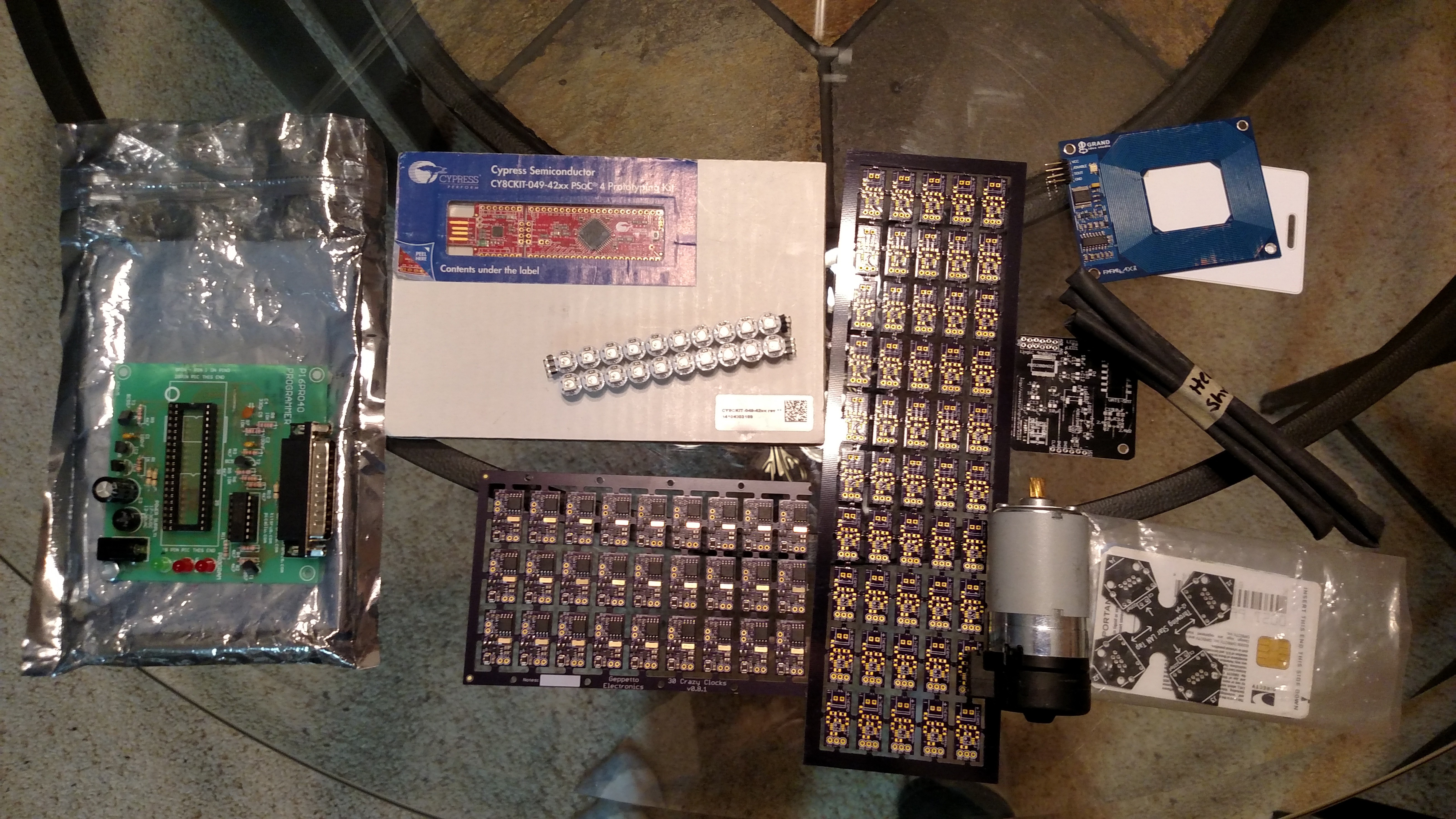 A panel of Crazy Clock PCBs, and an empty panel of some other small PCB. Some smart cards to go with the card reader board, a Parallax RFID reader and an RFID card. Another programmer board, a Cypress PSOC development board, some addressable LEDs wired together, a motor, and some heat shrink.

What I took from the box: The Parallax RFID card reader and RFID card. I’ve never done an RFID project so I thought this would be interesting.

The BeagleBone BeagleLogic PCB. I have a BeagleBone Black board that I haven’t done much with, so this could be an interesting project and a chance to learn more about the BeagleBone board.

One of the Max7219 LED dot matrix kits, some stickers, three Crazy Clock PCBs (there’s 24 left), and one of the USB ISP programmers.

One of the Geppetto Electronics GPS disciplined oscillator boards.

What I put in the box: One of my favorite components for motor control or other high current designs is the IXYS IXFN200N07 MOSFET. This is not your average MOSFET. It’s rated for 70 Volts and 200 Amps. And that’s not just a theoretical die current that you can never achieve, like with these MOSFETs that claim ridiculous currents but come in a TO-220 package that can’t dissipate the heat that would be created if the leads into the part didn’t melt first. These IXYS parts come in a package called a SOT-227B, which sounds like another small surface mount package but it’s really a large block with screw terminals on the top. Not your average MOSFET.

Someone could build a really high current H Bridge to control a motor, or maybe a high current dummy load. Bolt them to an old computer CPU heatsink and you could control a lot of current.

I realized that not everything in the box has to be strictly electronic. So I added a small bag with an assortment of terminals. Also a few microswitches that maybe could be used as limit switches in a 3D printer or whatever motorized device ends up being controlled by those giant MOSFETs.

I threw in a webcam PCB. It’s probably not useful for anything but I like how you can see the whole sensor chip and the bond wires.Also I threw in a couple PCBs with jacks for Left/Right audio, Composite video, and S-Video. Useful for any audio project or anything that needs a few RCA jacks.

And last, but not least, I threw in a back light inverter board. It’s an interesting design with a novel flat transformer. Maybe someone can use or misuse it for some sort of high voltage project.

Oh, I almost forgot that I added a nice Maxxon DC gear motor. And a couple packs of “screen wipes.” They are very nice for cleaning anything from your phone screen to camera lenses to the LCDs in the box.

The box had been crushed a bit in shipping so I decided to reinforce it a bit. I glued a layer of cardboard to the inside sides of the box, then glued pieces in the corners for double reinforcement. It should travel better now. I had thought about replacing the box but I thought it would be better to keep it going with all the tape and stuff on it as it adds character to the box.

If you want to see more detail on what was in the box, some comments on a couple items, what I took, and what I added, watch this video on my YouTube channel:

The box is ready to go to the next recipient as soon as the great and powerful Benchoff lets me know where to send it.

Thanks to Hackaday.io and Brian Benchoff for starting this project and including me and the other participants.

The Travelling Hacker Box Is On The Move!

What you called a "a PIC programmer" is actually a version of "Willem Eprom Programmer". Looks like it's some earlier version of this one: http://keeelectronics.com/WillemPro.html

The unpopulated panel that's kind of long is for an AD8495 breakout board. The AD8495 is a thermocouple amplifier. Hook up a K thermocouple and it will output a voltage of 5 mV per °C. It's perfect for making a DIY Arduino reflow oven controller, sous vide controller or other thermostatic systems.

The box is traveling again.  Only Brian Benchoff and myself know where it's headed.  :)

Before I sent it I threw in a couple more items.  A touch screen and LCD from an old cell phone.  Could be a challenge to a future box recipient to find specs on it and do something useful.

Also added a second gear motor just like the one I showed above.  I got to thinking that one motor might not be all that useful.  With two identical ones you could drive wheels of a robot, or the x/y axes of some sort of CNC machine build.

Great post and video!  Happy to see the box still making the rounds!

There were a lot of perfect purple PCBs in the box.  I need to get going on some of my project ideas and get some purple PCBs made...

Cool thinking to reinforce the box, way to keep the character!