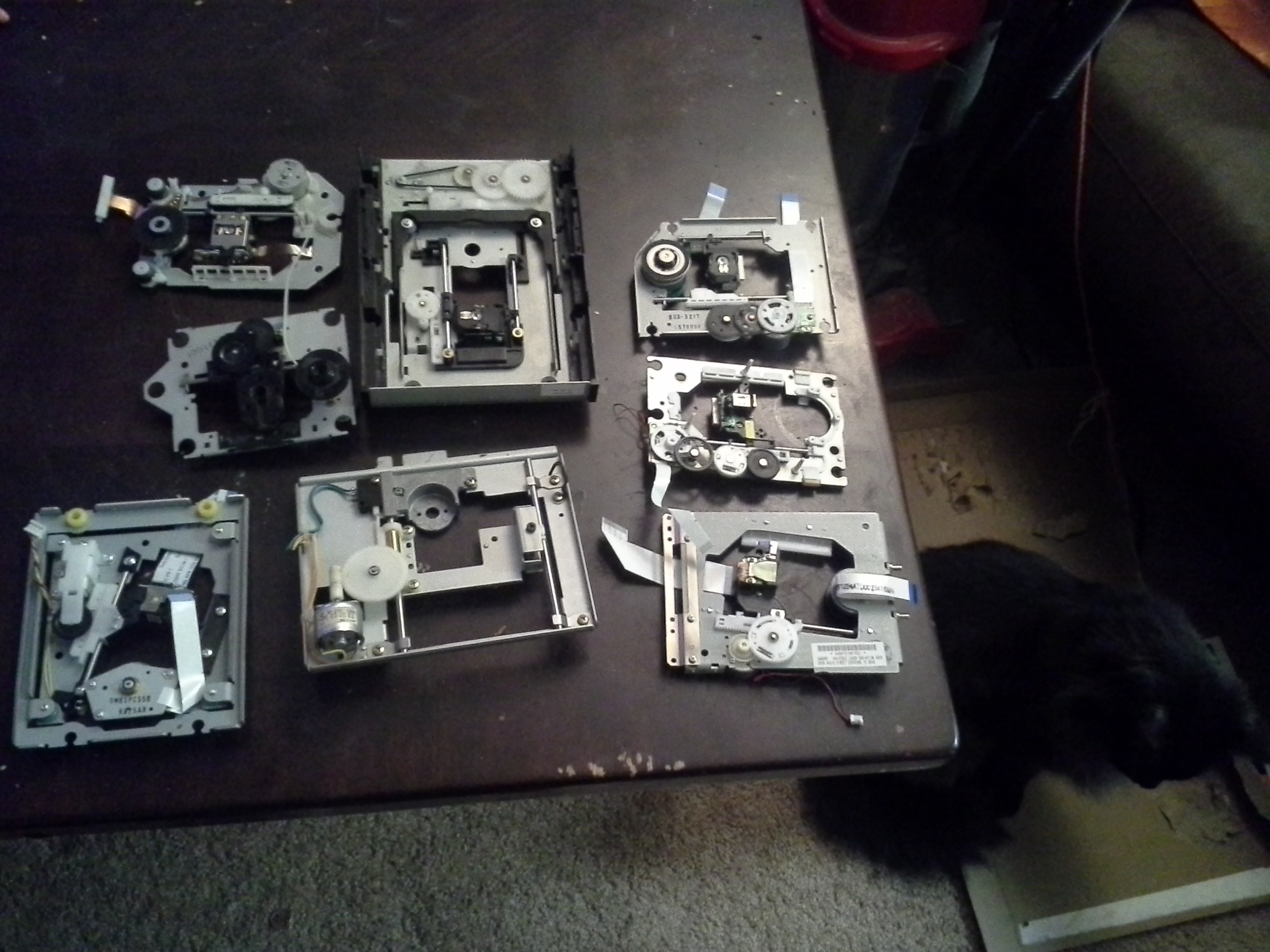 Click below for more info on 'em! (but if you don't, at least notice the bottom-middle one, which has a really nice mounting-plate and really wide rails!)

A few things: Some have one metal rail and the other plastic, rather'n two metal rails. All of these have DC motors controlling the linear motion. Most have the laser optics built-in to the carriage, which will make attachment of other things a little bit difficult.

The lower-middle one is *really* wide. In fact, so wide that another axis could be placed at 90deg within its rails. This appears to have been from an old CD-player stereo-component. Built like a tank and easily disassembled/repurposed... though there's a bit of backlash in the gearing. The shaft to the worm-drive is quite long, certainly long enough to add an encoder inbetween.

On the right side we have two with hall-effect sensors, plausibly in quadrature. The third has an encoder-disk similar to those in old ball-mice. But, oddly, there are no optoelectronics installed. On the far-right is Butthead the cat. (The cover photo is better, check out those laser-eyes!)

The one on the lower-left has a horizontally-mounted motor, but gears-only, no worm-drive.

Up from that is the most highly-gear-reduced system in the collection. Also with spring-attached double-stacked gears... probably get some great precision out of that one.

I could've sworn I had more in my collection, including tray-mechanisms, etc. but this is all I can find at the moment. I also have a half-dozen or more drives that have not been disassembled, including a 4-disc changer that mounted in a regular 5.25in drive bay (how'd they do it?!).

In the wild + PCB spraypaint lasering