Using the information that I reverse engineered, I developed a Python2.7 library that can emulate a MATE device through a normal UART port. You can find more details about it on my website blog post: pymate.

I set this library running on a small light-weight linux device (A Carambola2), which continuously collects information and uploads it to a remote server. I didn't do anything terribly fancy, just a simple python loop/queue which queries the MX inverter for status packets, decodes them, re-encodes them as JSON, and uploads them to my server via HTTP which then stores them into a PostgreSQL database.

For a while I didn't do anything more, and just left it collecting data, until I recently stumbled upon a nice open-source project called Grafana. Unfortunately by default it only supports time-series databases (TSDBs), not regular databases like Postgres. I found someone's Github fork which adds SQL support, and was able to connect to my Postgres DB with very little effort!

Now the effort of reverse-engineering their protocol has finally paid off! 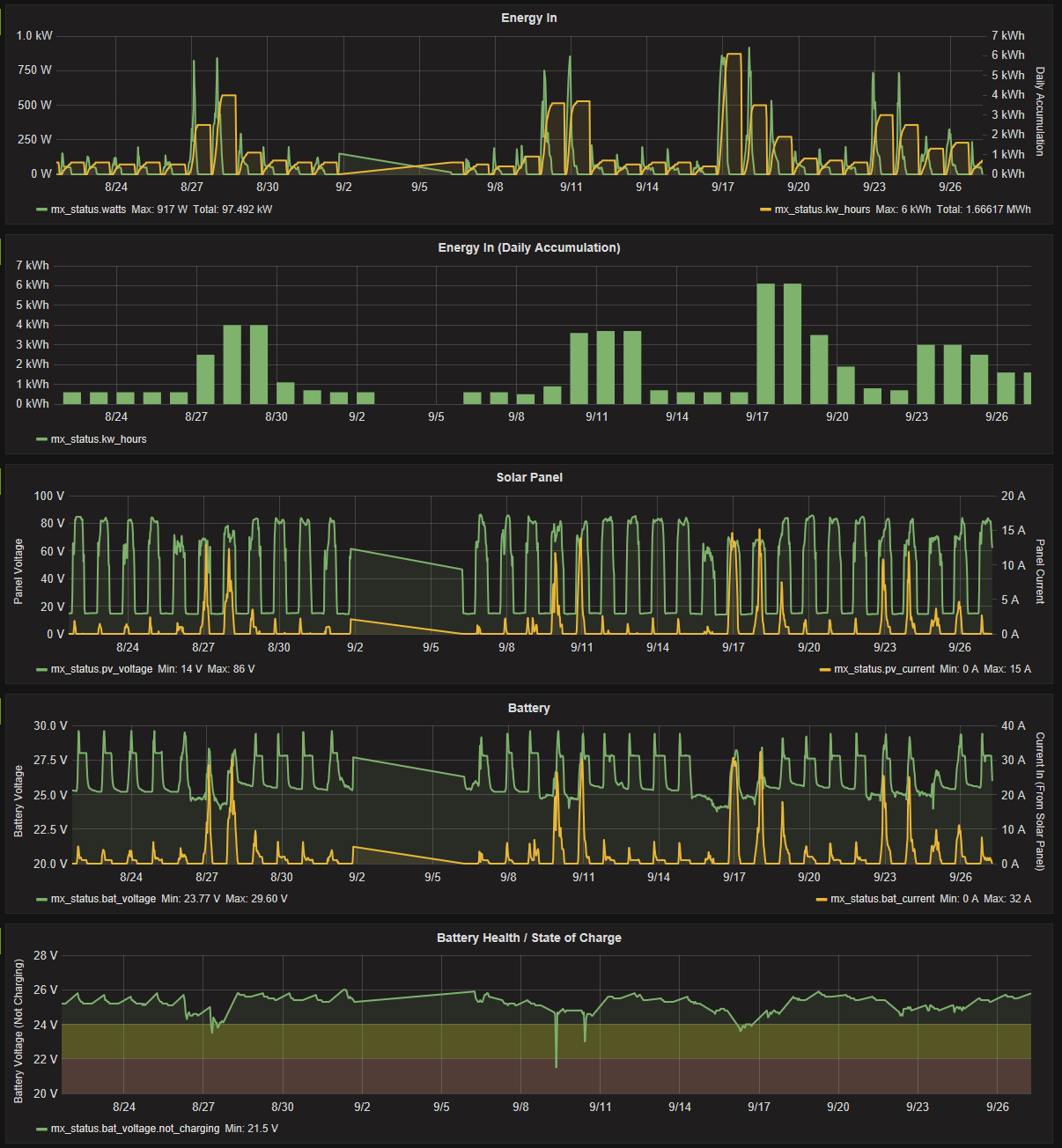