Rather than having static mirrors in the Michelson, as in the first iteration, it will be more interesting to dynamically change the path length between the two arms of the interferometer. As the path length is changed by half a wavelength (650/2 nanometers) a bright fringe will turn into a dark fringe. An obvious choice will be to control the position of a mirror using the voice coil from a disassembled optical drive. Here is an example mechanism from a Sony Blu-Ray assembly (KES-400A), which provides two axis linear control of the objective lens. The about 1 mm of out-of-plane movement will be most interesting to us and is electrically actuated by the current passing through one of the coils. Moreover, there is some hope for sufficient mechanical stability since the depth of focus of the optical drive objective is a few microns, just a little more than the wavelength of light. 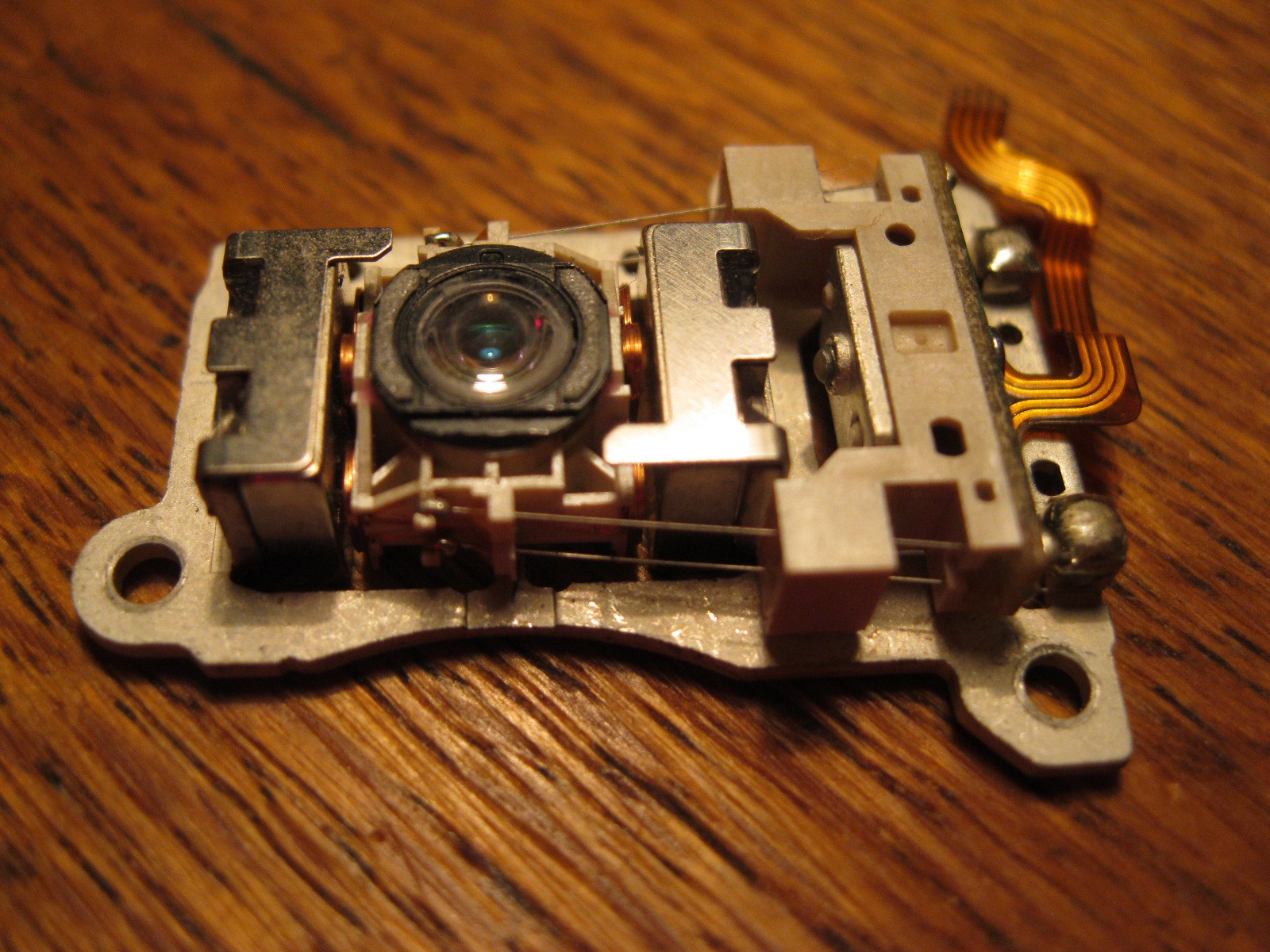 I didn't use the Blu-Ray mechanism but rather a DVD voice coil, with very similar behaviour. The coil resistance is 5 Ohms, and 100 mA is found to yield roughly 1 mm displacement - hence there will be about 600 microamps per wavelength of displacement. A 5 mm square aluminised silicon chip is glued onto the objective lens, replacing one of the static mirrors in the Michelson. 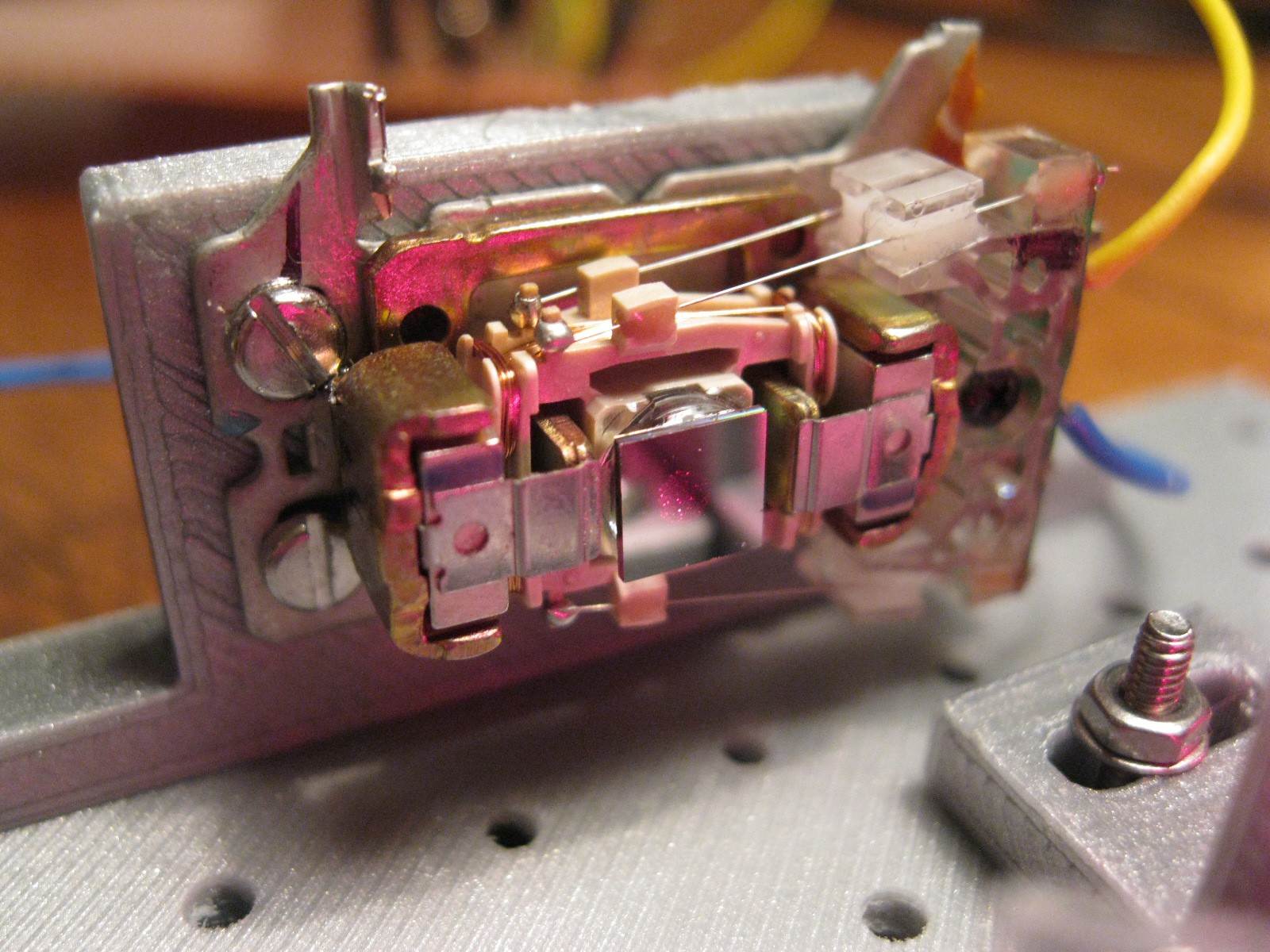 And, with this mirror it is still possible to see interference fringes (as below), though the Michelson now has become enormously sensitive to mechanical vibration. The inertia of the spring mounted mirror holder causes its motion to lag that of the base, making a rather sensitive but in this case unwanted accelerometer. Some thought needs to be given to this, and if needed the voice coil could be replaced by a piezo buzzer element which will have less mechanical dynamic range and should be less vibration sensitive. Driving the voice coil indeed does shift the interference pattern but I hope to improve the vibration situation before investigating properly. 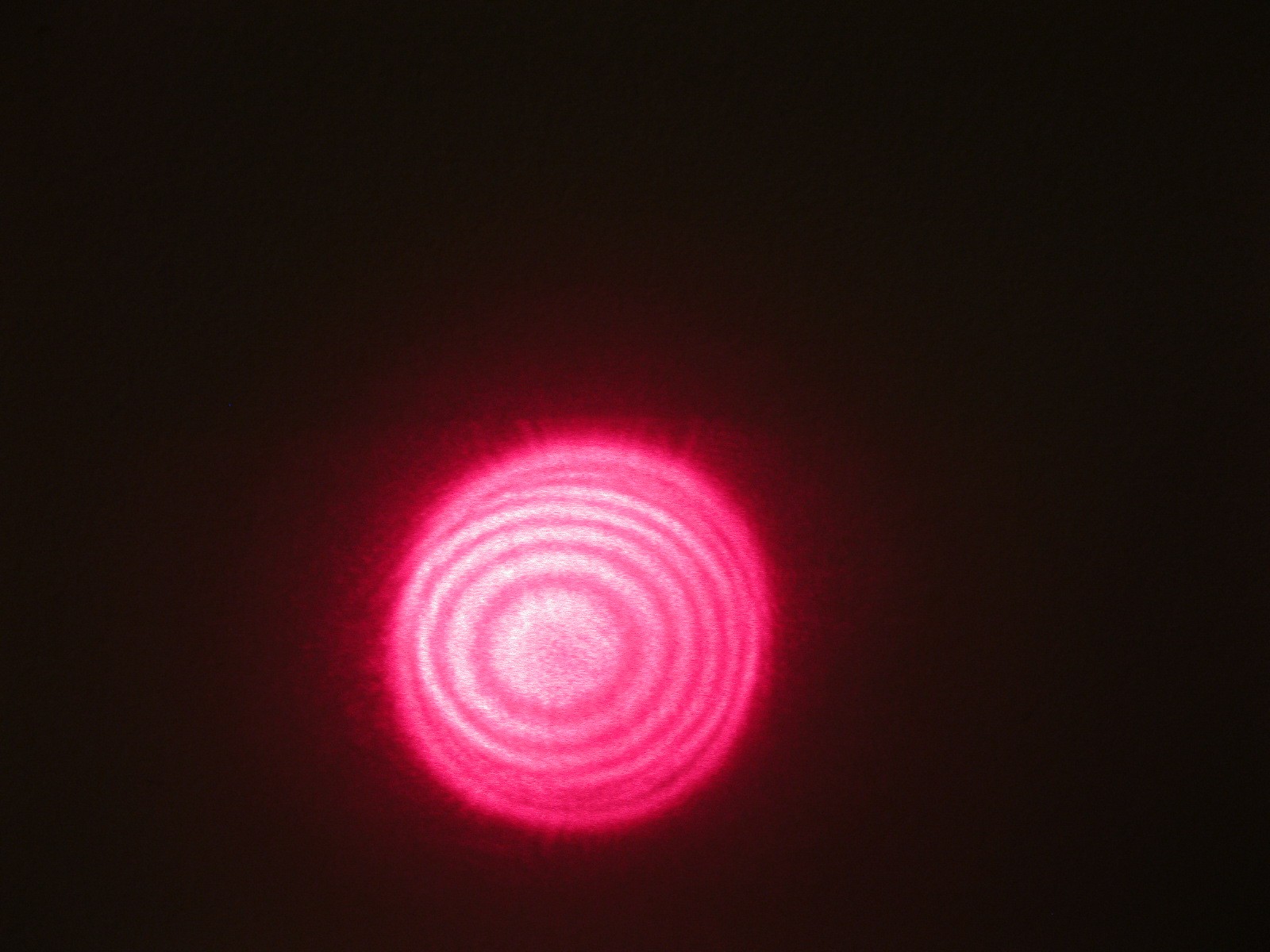