The laser cut frame for Stubby has arrived today, and things look good overall. I made a couple of mistakes, which have since been resolved in the .dxf file: most notably, the braces between each of the femur parts (which, when glued together, will form an 'H') have slightly too large holes, so that the cross braces do not fit tightly. A second, not as bad, issue is where the distance sensor attaches to the top part of the frame; there is about 1mm too much space. Both of these will be fine with a bit of glue, but I have fixed the .dxf file so that if others try it, it should work fine.

I am not sure how long it will take for me to put this together... I don't have any spare servos, so I would have to disassemble my existing Stubby to assemble this one, and I am reluctant to do that (both for sentimental and time reasons). Furthermore, the servos in the original Stubby are getting a bit worn, which is causing them to jitter a bit; it is probably time for a new batch of servos, but I don't have a spare $50 right now. I'll make the order some time...

Here is the incoming laser cut plywood, right after pulling the top sticker off (which unfortunately caused some of the smaller parts to move around): 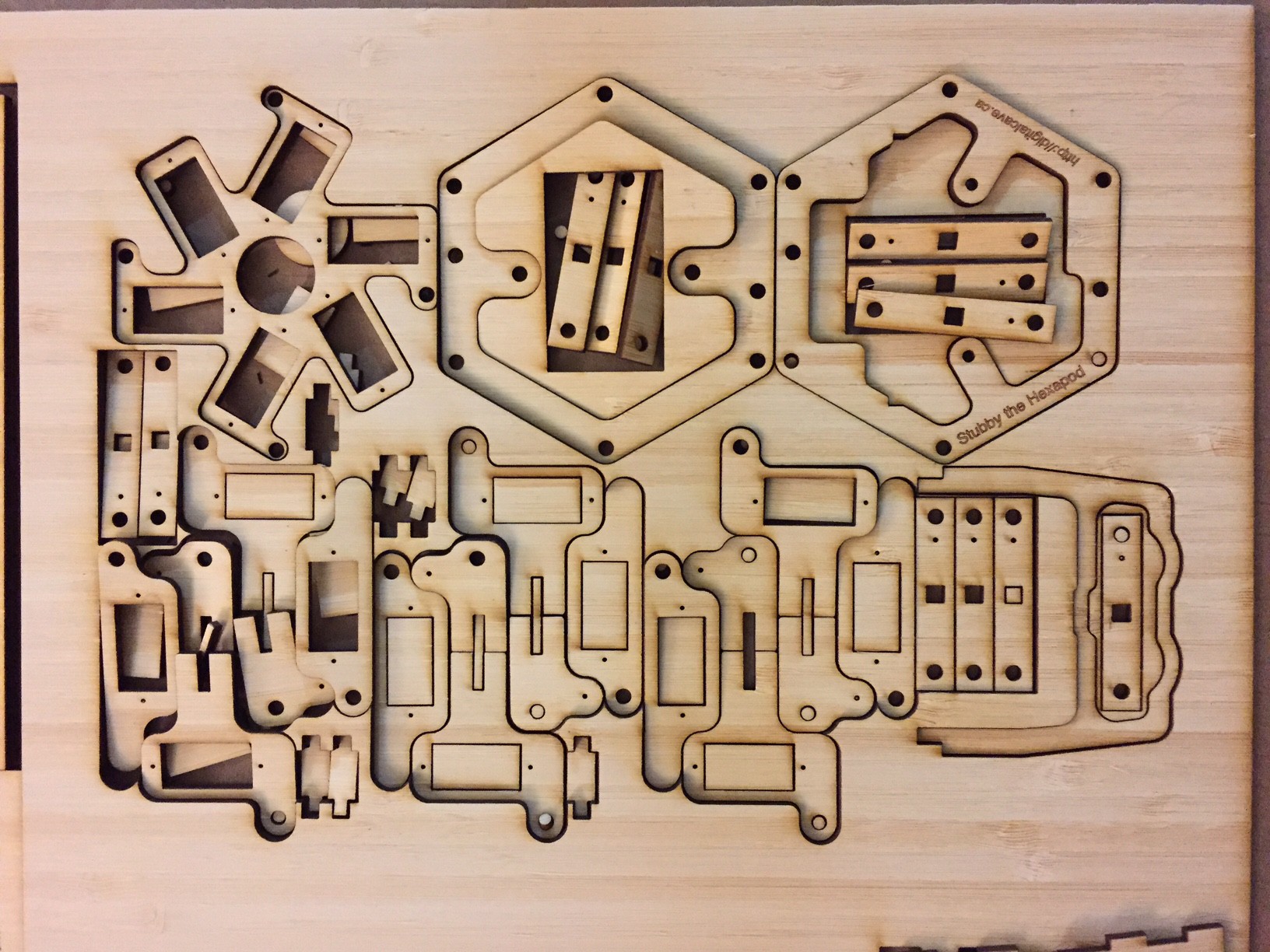 Here is a (poor quality) shot of the coxa joint's two parts, fitting tightly together without any glue. (You will of course want to use glue when assembling the robot, but the fact that it fits this nicely means that the glued joint will be that much better in the end): 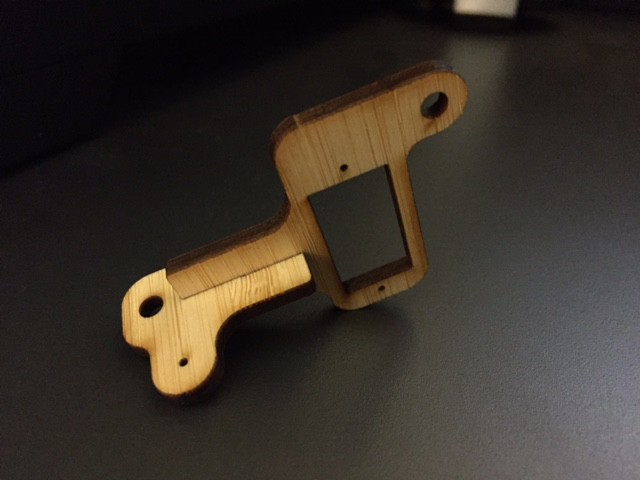 Great to see! I'm itching to get one cut when i have some surplus cash!