Convert the X stand included with most keyboards into a table stand with isolation from the floor.

It's a shame to put 10 x 8W LED lightbulbs in a panel that only uses 15W.  They have to run well below rated power because of the loss of the heat sinks & the loss of 1 LED per light.  Leaving them in the original lightbulbs would require a much more massive panel with manes voltage & expensive edison sockets.  Adding heat sinks to replace the lightbulbs would also make it heavy.  The only advantage to a 15W panel instead of 2 lightbulbs is the wider lighting area.

A 10 x 8W panel with the original lightbulbs would cost $70 but put out the equivalent of 600W.  The highest lions ever had in the same area was a 200W equivalent lightbulb. 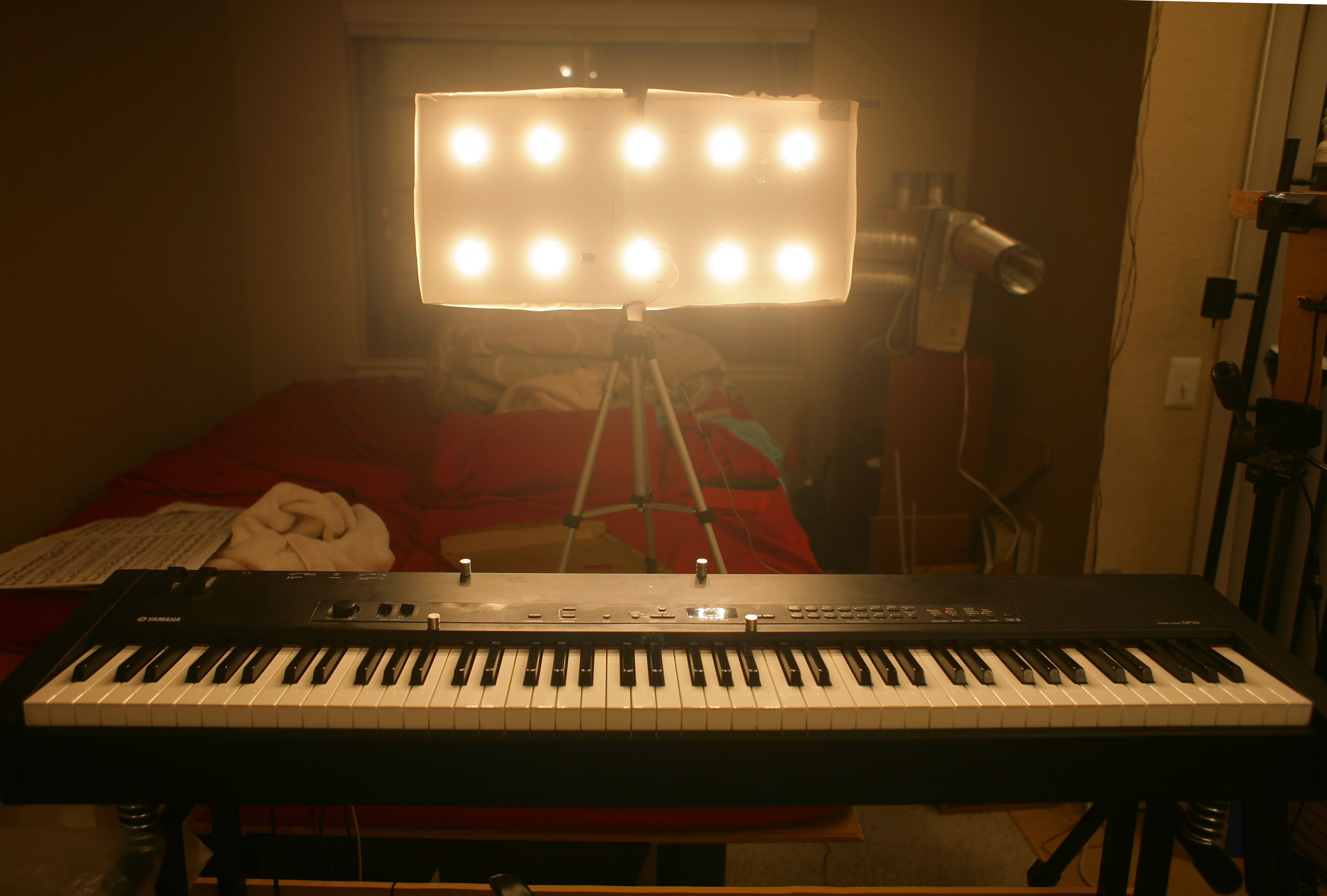 A 60W CFL of past videos had to be farther away to reduce glare, was less directional & created more shadows.

The lion was blinded by bare LEDs, so a diffuser was installed.