A working demo of the app is done

A project log for nRF24L01+ network to control lights 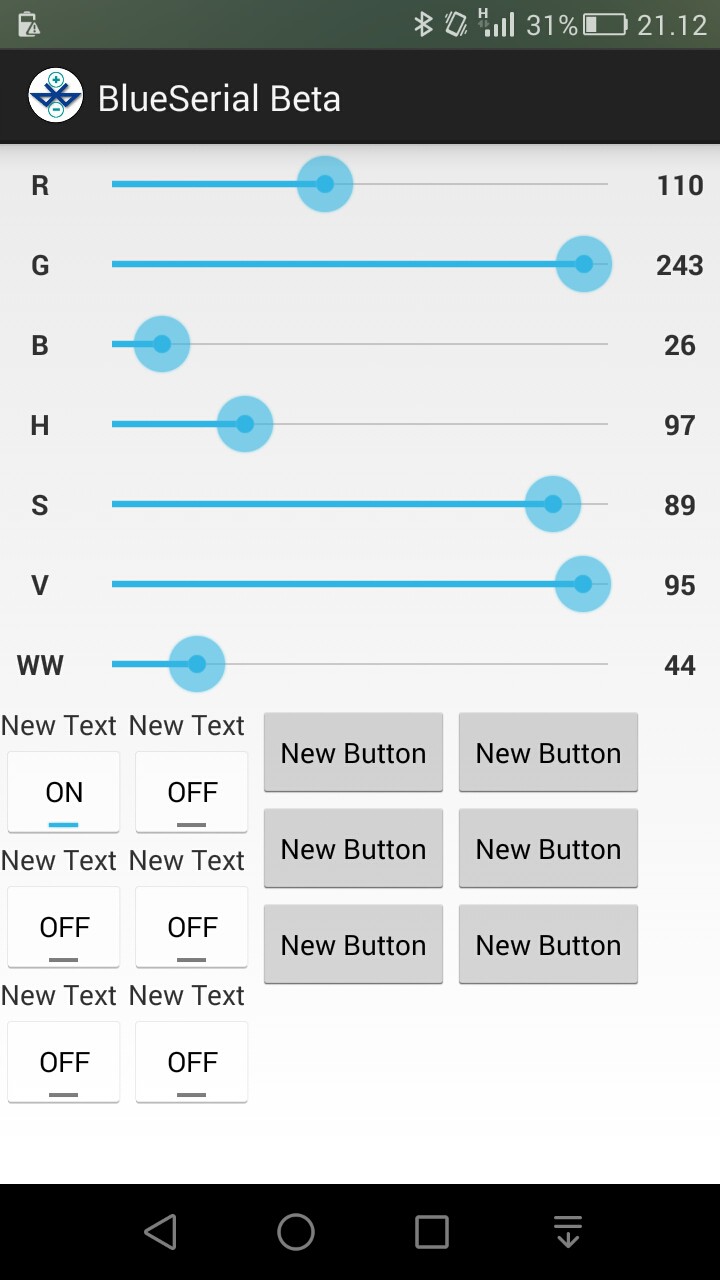 I now have made a working demo of the app by modifying the BlueSerial app. As you can see it's a quick sketch. I first tried to program a fragment based app as I have learned from Android Programming, The Big Nerd Ranch Guide book. But I got stuck with it (Not that good at android programming), so I decided to quickly do an activity based app first. The groundwork I got from the BlueSerial app. I made a custom layout to it and then added a bit of code.

The RGB values move correspondly if the HSV values are changed and vica versa. The WW is separate from the others, it controls the white channel for the LEDs. If the toggle button is on, the led strip changes color in real-time. Or when it's off, I can send the values using a button. The real-time updating was a bit laggy first, but then I modified the code for the server side and now it runs smoothly. I'll try to upload a video of this working sometime during this week.

Next I'll probably assemble few more receiving units and install more lights to the system. Also I accidently broke the usb plug from the Teensy, soldered a cable straight to the board to fix it. But I'll order a few more and at the same time order a BLE module to play with.

Video of the custom App