Since I knew that a 32-Bit UEFI comaptible Linux Live Images was needed, I looked for similar projects.

The first thin I found was Linuxium's blgopost about customizing Ubuntu ISOs. She/He wrote a shell script that used some other tools to alter a boot image. But as the title suggests it only works with ubuntu flavored Linux distros. I gave it a shot with Xubuntu and indeed it bootet. The problem was that during the installation GRUB would always fail.

Since I didn't want to dive too deep into that, I searched for "arch 32 bit efi". The first result that came up was an Arch Wiki article about installing Arch on a ASUS x205ta. The steps described in that article are basically what maked up the bash listing in the first instruction of this proejct.

Is basically has three steps to it.

When that is done you can connect the USB stick and a keyboard to the tablet via the USB OTG cable and a hub. I even used USB 3.0 hub. This is not neccessary though, but it's nice to know that it works.

Again, going to the system setting byt hitting Esc or Del, booting from the USB stick under Save & Exit > Boot Override and you are presented with the Arch Linux Install GRUB and then the root shell. 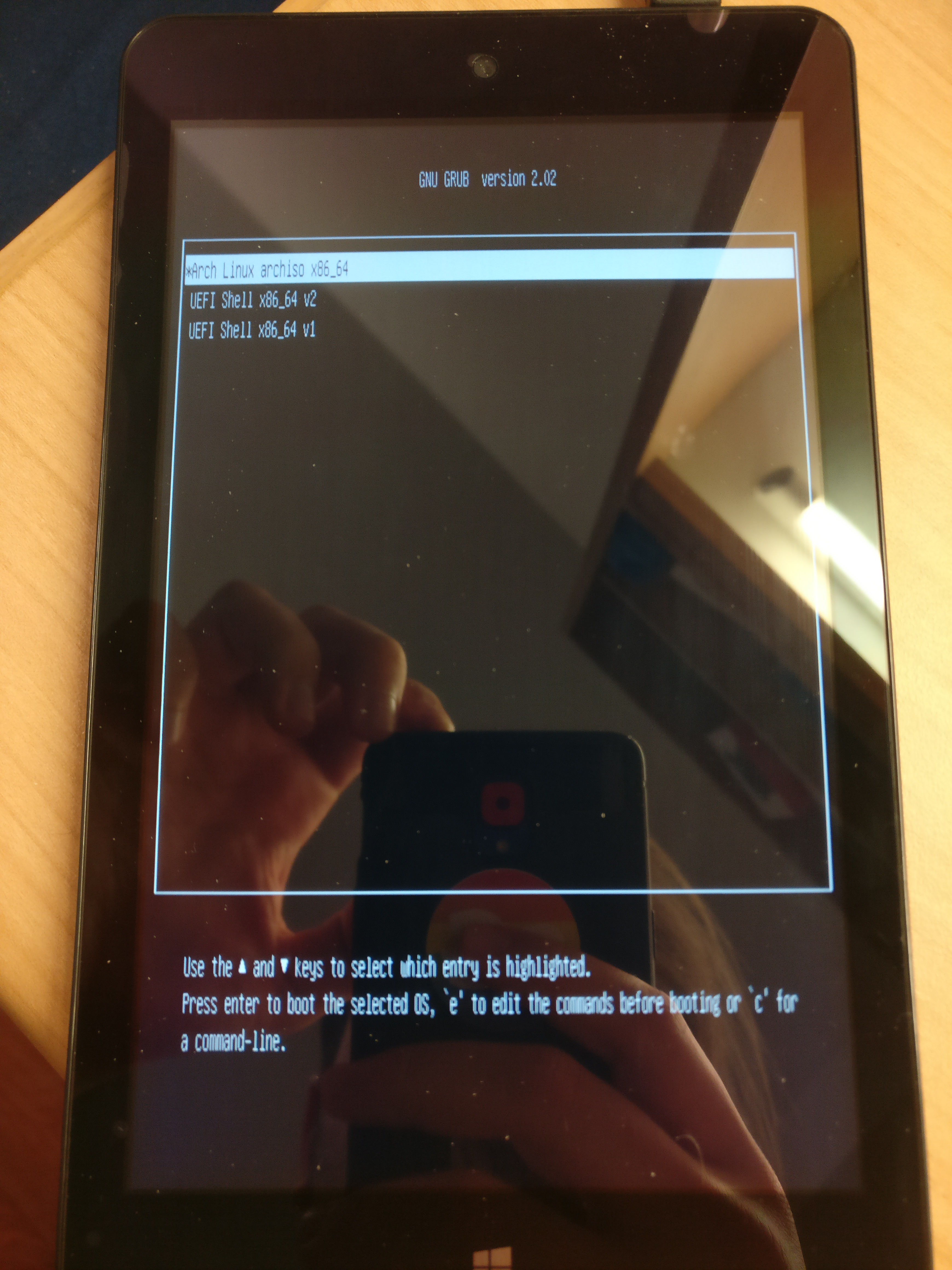 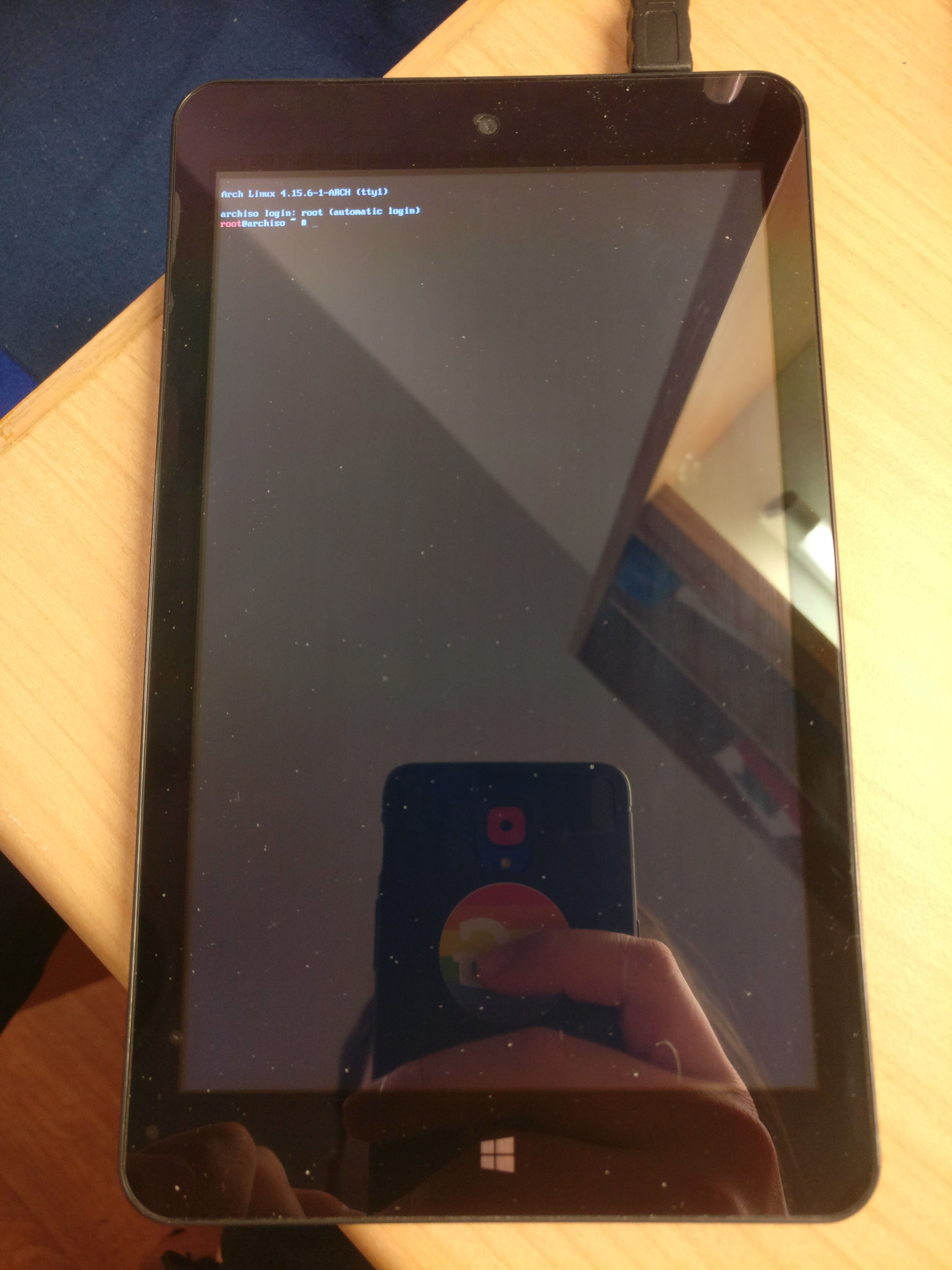