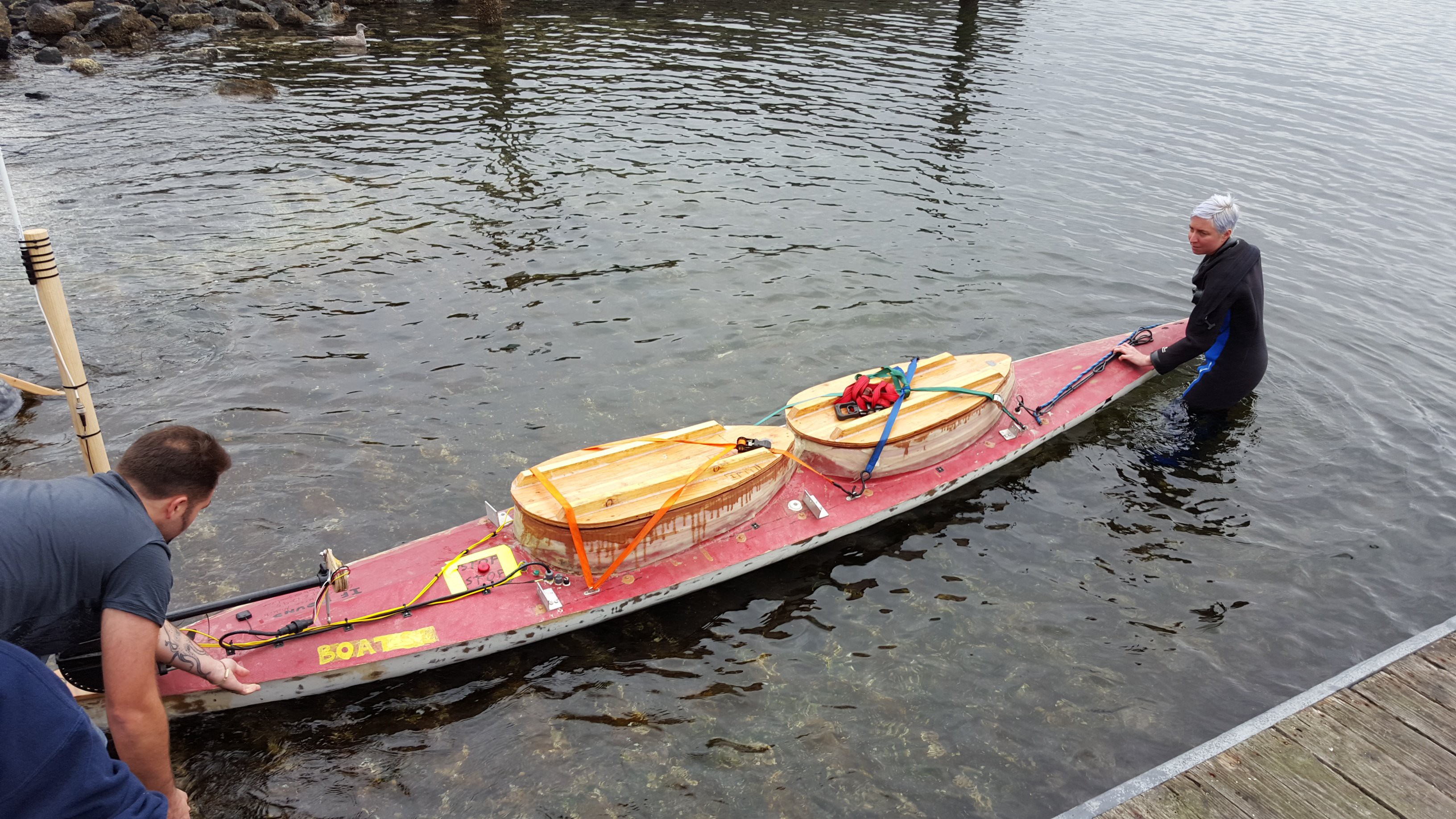 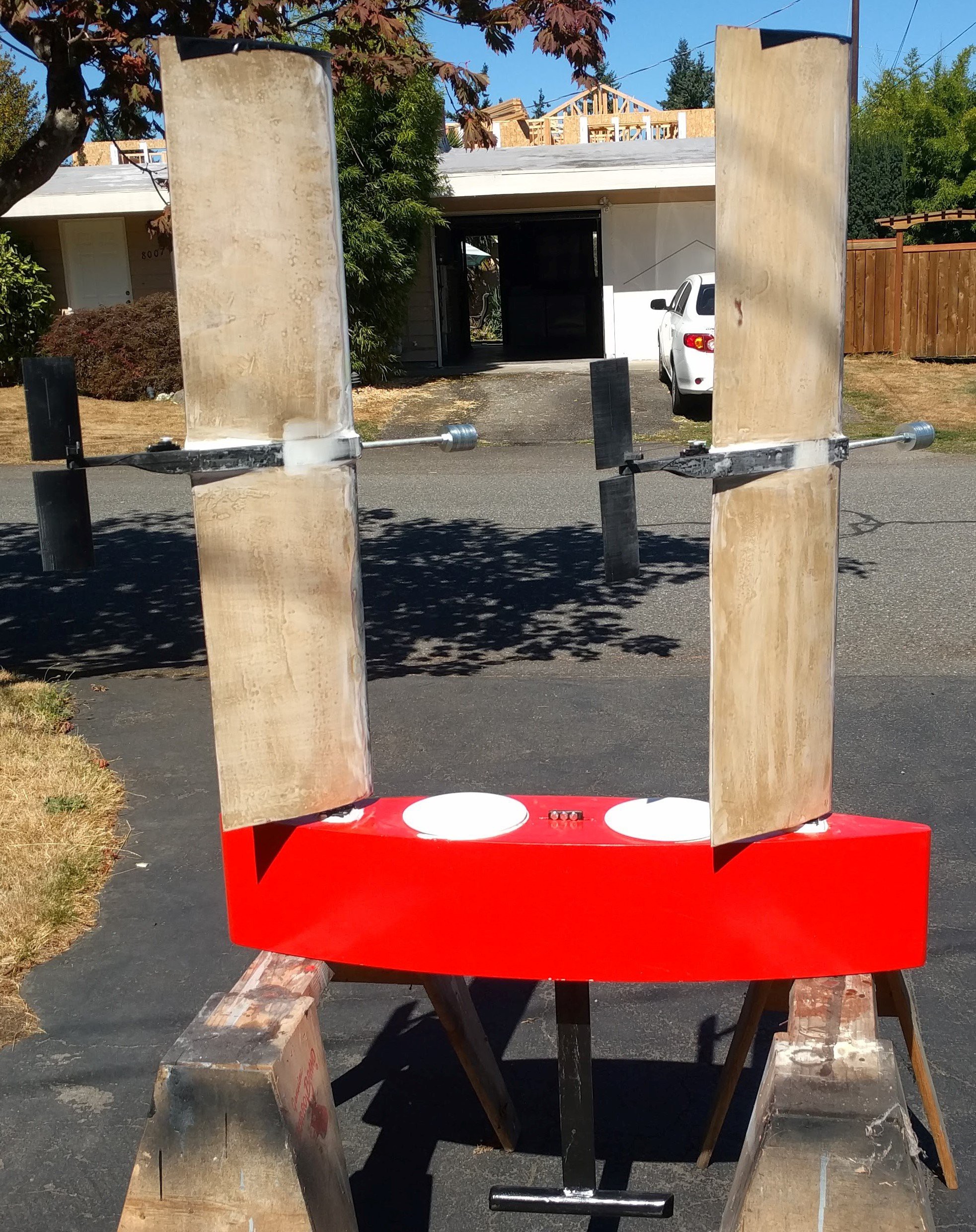 While we're developing the software to sail the boat, we've built a small manual controller out of another Arduino MKR1000 and a couple of pots. This provides straightforward (well, sort of) manual control.

The hull of the sail demonstrator was designed to a) be the largest thing that could be cut in one piece on the laser cutter at Metrix:Create Space and b) be as easy to assemble as humanly possible. The hull is similar to what's sometimes called a Bolger Box (after the late Phil Bolger) -- plumb sides, plumb stem and stern. For extra ease, I went one better and made both the the deck and bottom dead flat and made the curve of the sides a simple arc. In order to make it even simpler, I used dowels for the stem and stern. I made the keel support and mast steps interlock with the bottom and deck in order to make the whole boat easy to assemble.

I didn't quite manage to get all the seams tight the first time, however -- when I did my first submersion test in my bathtub, I discovered a number of leaks which required more epoxy putty to seal up.

Building wings is a difficult proposition. Our first attempt used laser cut wood, wire cut foam, and was covered with heat shrink film. I learned that hot wire cutting is *MUCH* harder than it looks on Youtube and that extruded polystyrene and heat shrink film are not friends. I also made an error in control surface design that forced it to have a much larger counterweight than it would have otherwise; the required counterweight ended up larger than the design could accommodate so it was never going to work.

The current wing design, while heavy, can be balanced and responds to the control surface, which is a massive improvement, and means we can actually put the boat in the water and sail them around.

The tail boom, tail surfaces, counterweight mount, and leading edges are 3D printed from ABS. The reason the leading edges are included is because they have much sharper curvature than you can bend plywood around.

The main spar, the support structure for the wing skins, and the wing skins themselves are laser cut plywood. Autodesk's Slicer for Fusion 360 tool let me define the space where the ribs and most of the stringers went and it generated the patterns to cut them, which was a huge time saver in getting this wing design together. Here you can see the interior of one of the wings assembled before bonding the wing skins: 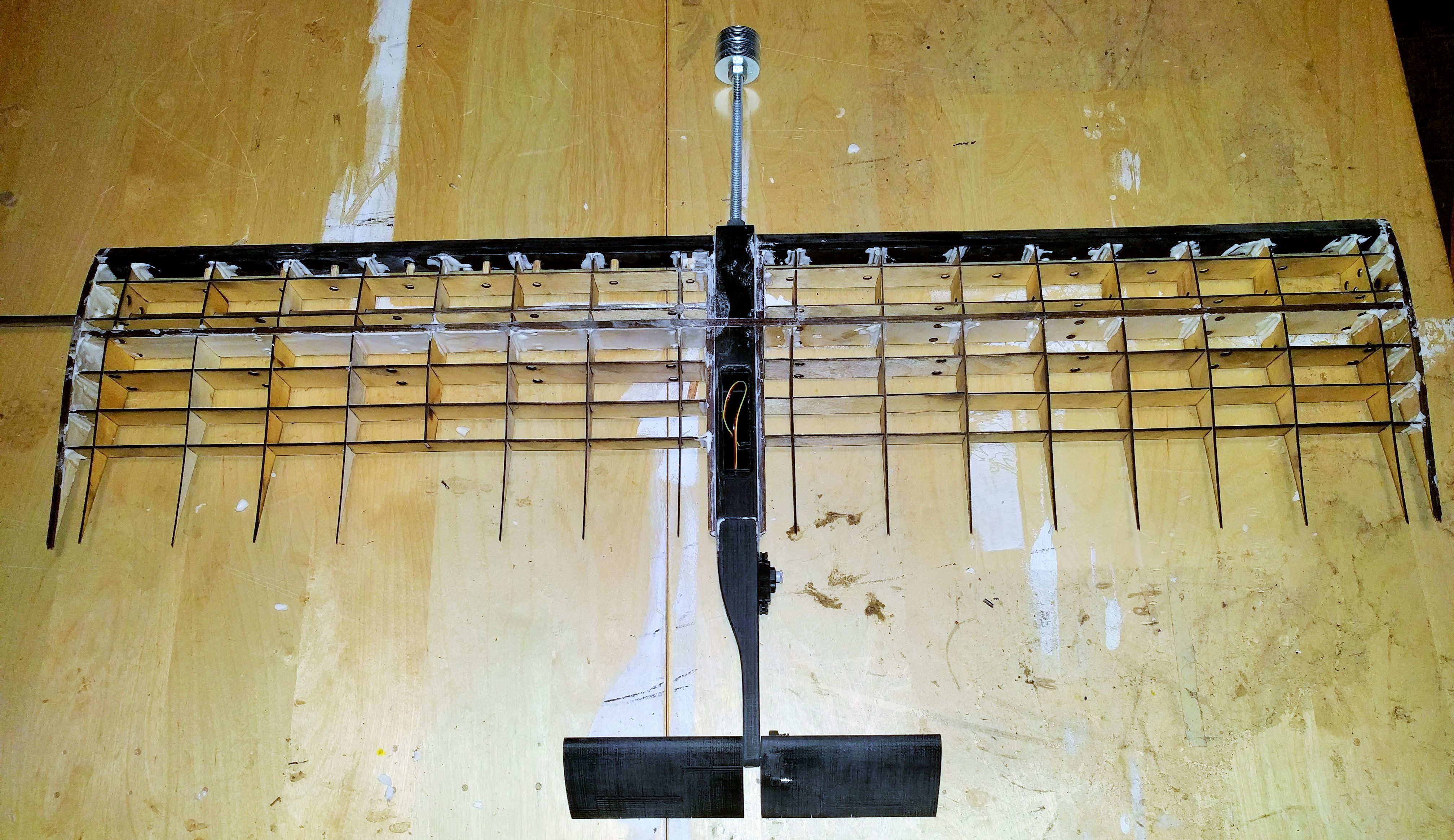 And ready for clamp up and glue: 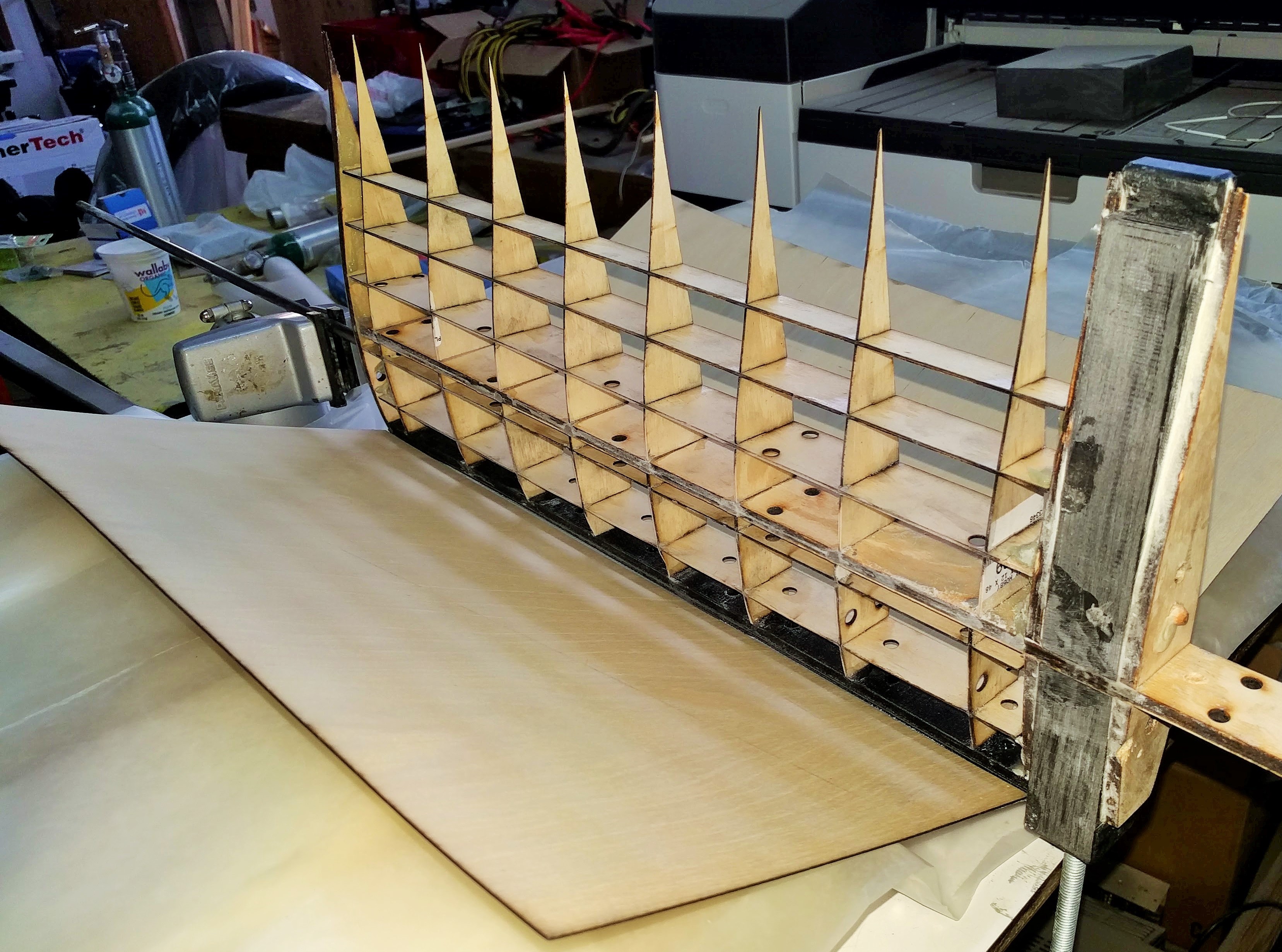 The rod coming out the bottom drops into a pair of skate bearings installed in each mast step on the boat, allowing it to rotate freely.