A project log for Microchip PIC Arduino based programmer

I love to program programmers. Yo dawg...

Today I made some updates to this project:

- the programmer functionality is actually tested on my 25x25mm hardware, not just on generic arduino board

- BOM is available not just as parts list here on project site, but also on github

Then I set up simple project in MPLABX with main.c 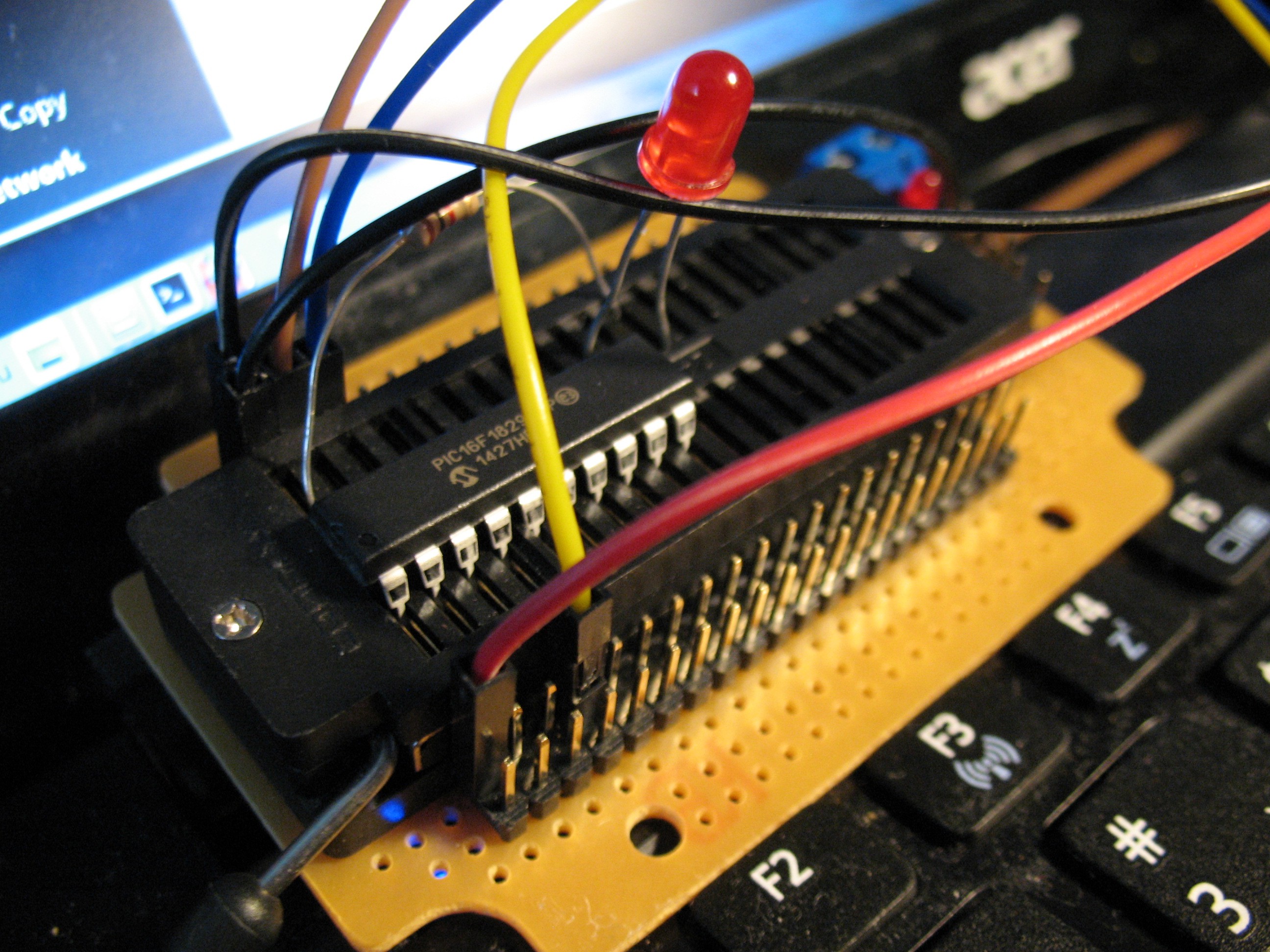 Nothing but LED on RB6, in series with resistor, programming cables leading to my programmer.

MPLABX generated hex file and using bin2hex program - windows version is available here - I converted the hex file to binary. And after running

from where pp2 binary and bin file to program resides - believe or not - it worked flawlessly on first try. 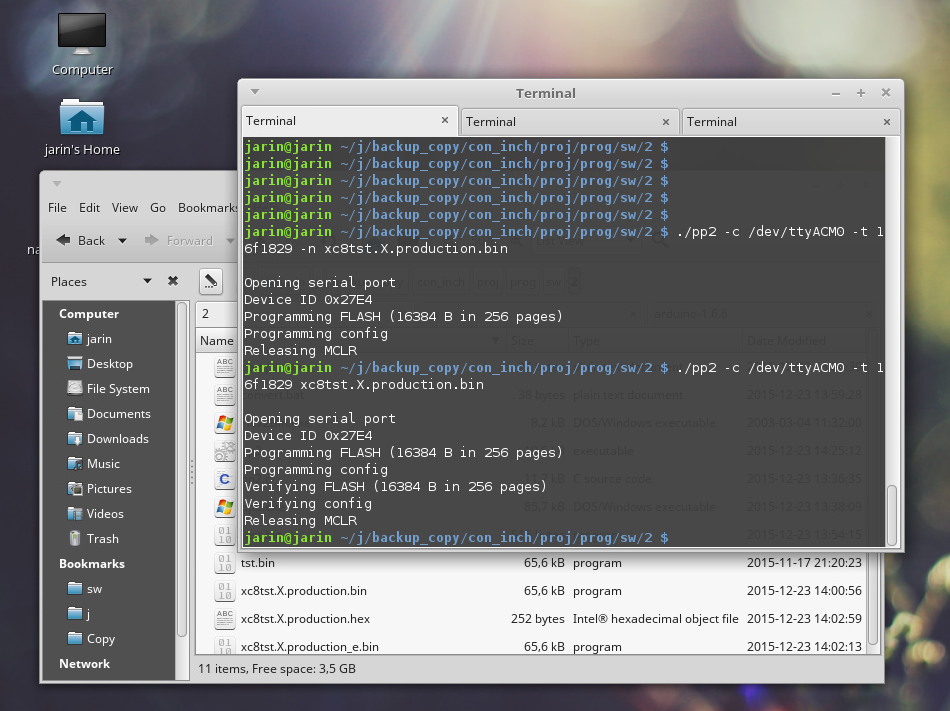 and LED blinked, as captured on this crappy video

Sorry for that video quality, but my favorite camera is out of order now.

where COM30 is COM port created by the device. It is tested on win7 64-bit.