I am building a computer with a 4MHz Z80, 32KiB EEPROM, 32KiB RAM, IDE interface and UART.

The new mobos somewhat work!  I am still compiling a list of things to fix, as the first boards always have problems (at least for me so far).

Here are some pics: 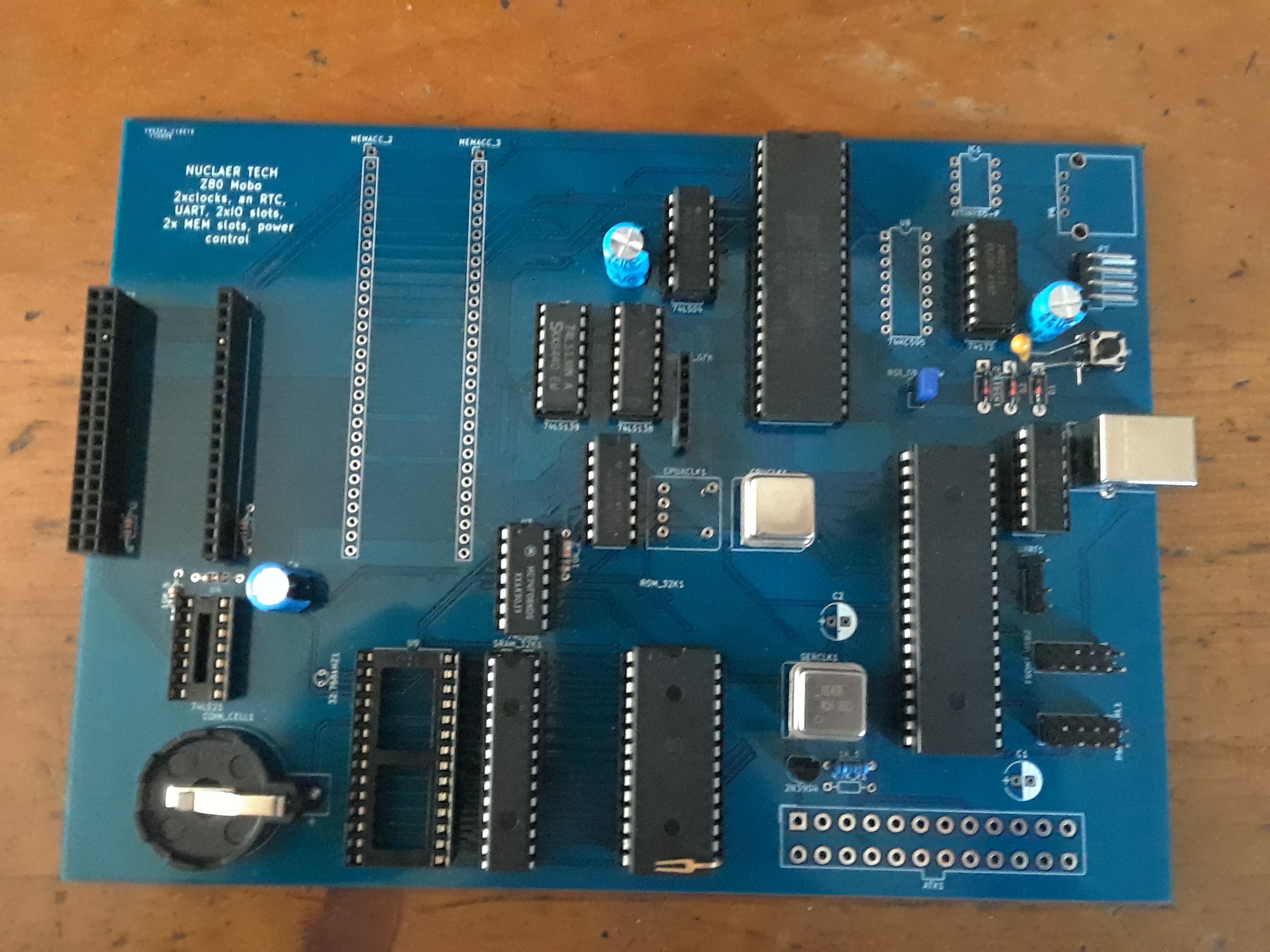 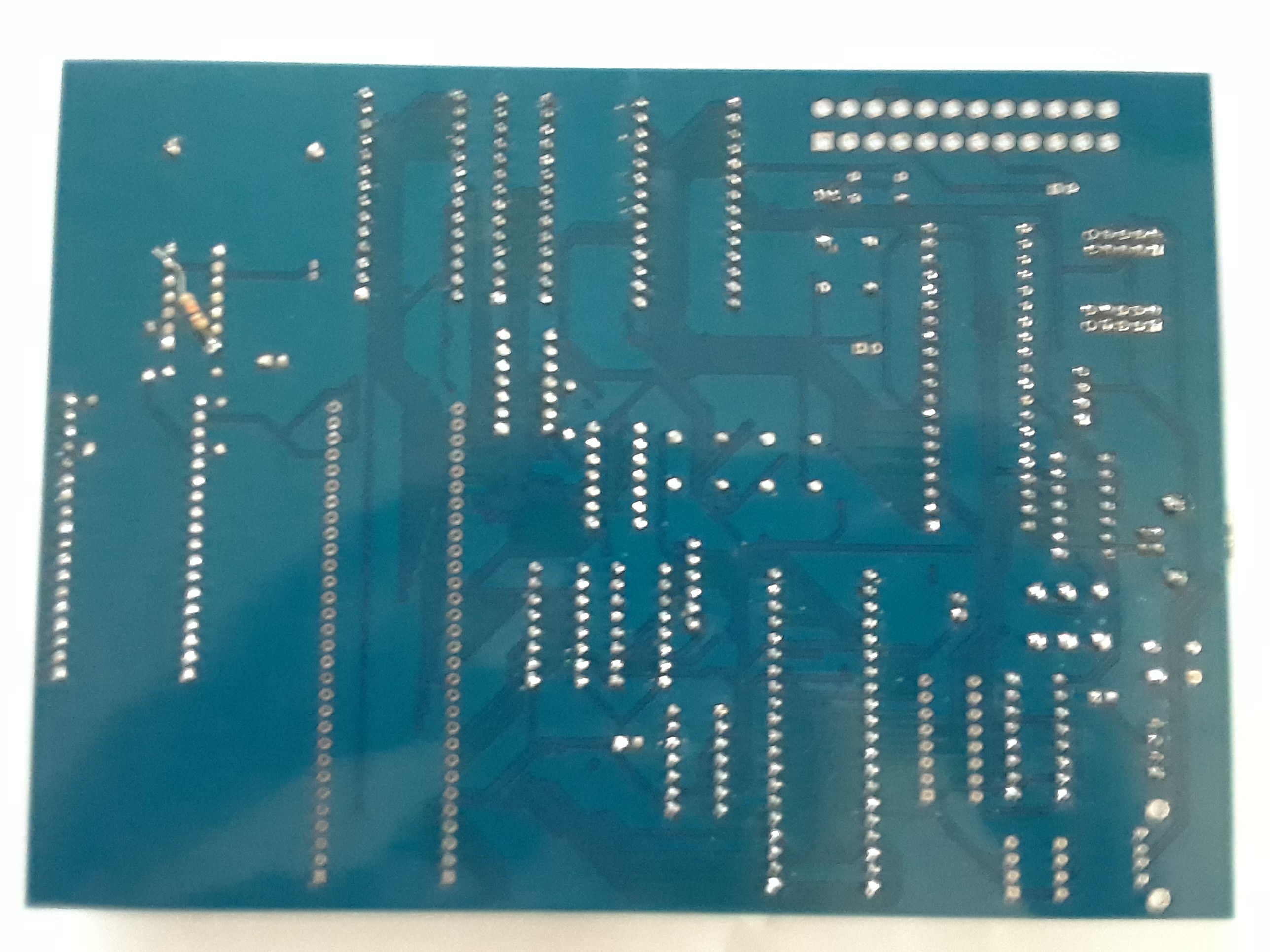 The board supports UART, 32KiB of RAM and 32KiB of ROM, a bq4845 RTC, ATX power, 4 expansion slots, and two different clocks for the CPU (switchable).  With an ATtiny a USB keyboard can be added.  There are more bells and whistles, but most of the features I listed aren't tested.  I don't have a bq4845 (I ordered 4, but they sent me 4 bq3285s instead).

There are a lot of awesome things, but the board isn't perfect.  There are a few pullup resistors I forgot, and it doesn't have any LEDs ;(.  I am making a to do list for my next boards, don't worry.

I also need to make that uPD7220 graphics card... I may need to actually order a board for that.  I would be worried about that however, because if a make a little mistake... there goes some money for nothing.  The embarrassing fact is that I don't have enough patience to solder the wires for a complex TTL circuit.  When I build that this machine will be incredible, especially considering that it should be possible to boost this thing up to 20Mhz: the graphics and CPU would be crazy powerful; really exciting.

Unfortunately CF cards and IDE drives don't like any of my z80 computers, so I cant really do anything with files yet.  Without a file system an OS isn't super useful, so a CF card reader is the next step.

The reason that I am building this computer to be so nice and powerful, even though it uses (largely) 80s tech, is that I want a platform to build an OS on.  And of course because building a computer completely from scratch.  The problem with modern computers is that they are too complex to fully understand from books, difficult to program on without an OS, and pretty much are impossible to completely build from scratch at this point.  A mixture of simpler, older tech with modern technology that works well with it is the perfect solution.  The computer can be fairly powerful, yet easier to program and construct.

With that, here is a video of it working, plus a few more tidbits: