Raspbian and other Raspberry Pi Software

Everything you ever wanted to know about the full variety of Raspberry Pi images and applications such as media centers, web browsers, virtual machines, application for studying coding and climate research, software for a remote access, gaming apps and much more!

Raspbian is the main and basic software for RPi devices, officially supported by the Raspberry Pi Foundation. In fact, it is an operating system, based on Debian and optimized for Raspberry Pi hardware. It comes with lots of pre-installed pieces of software appropriate for most of ARM users and developers.

And in this blog post, I am going to look through almost all possible operating systems, as well as the Raspberry Pi images, compare and review major types of other software you can use for your complicated Raspberry Pi Projects.

But the main operating system, ready-to-use and optimized to the needs of the most developers and makers is Raspbian. So, first thing firstly, let’s dig deeper this type of OS for RPi.

As mentioned before, Raspbian is an official operating system for Raspberry Pi devices, supported by Raspberry Pi Foundation. There are three most popular versions of Raspbian, widely spread among users now: Wheezy, Jessie and Stretch. All of them are based on Debian: Debian 7 Wheezy, Debian 8 Jessie and Debian 9 Stretch respectively. The Stretch is the latest one. It contains a lot of useful stuff: Chromium browser, Sonic Pi, RealVNC, NodeRED, Blue and Greenfoot Java IDE, Geany, Python, Scratch, Wolfram,

Raspbian Jessie is the version of operating system for Raspberry Pi, previous to the latest Stretch. It had been being used for 4 years before the Stretch release in September 2017. So, there are still a lot of people preferring Jessie as the OS for their RPi devices! 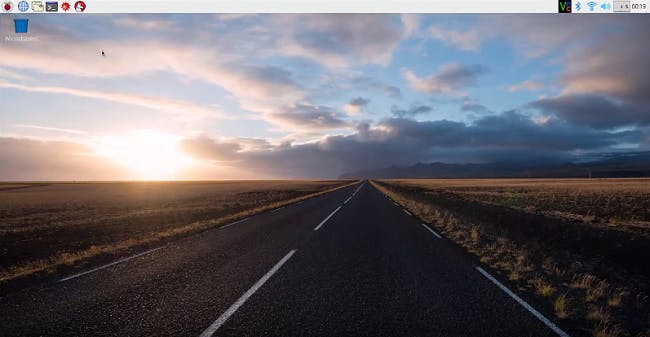 In its time Raspbian Jessie was quite a big step forward for Raspberry Pi operating system to become more user-friendly and looked more like an ordinary desktop interface all of us got really used to. On the screenshot, you can see that Jessie has got GUI. Moreover, LibreOffice suite and Claws Mail applications have been added to meet the needs of a wider variety of users. LibreOffice is the set of applications, including a word processor, spreadsheet, presentation graphics, vector drawing and database programs just like MS Office does. All files made with LibreOffice are compatible with Microsoft Office.

Claws Mail is an email client. It supports all common email protocols and offers all the functionality of an ordinary mail agent (like Windows Mail or Thunderbird).

The programming applications list was enriched with Java apps (BlueJ and Greenfoot, they’ve also traveled to Stretch, read below). Other applications, updated and pre-installed by default in this version are:

You can get the current latest version of Raspbian Stretch by downloading it from Raspberry Pi official website. You’ll find two archives there: Raspbian and Raspbian Lite, which means the full package of Raspbian and limited one. The difference between the two is that the Lite version doesn’t have GUI and X-server and is made to fulfill very specific tasks.

Comparing with the previous versions or Raspbian, Stretch stands out with its internal technical developments rather than those notable in everyday routine use. It offers:

Raspbian is community created and supported software. Initially, it’s been founded not by the Raspberry Pi Foundation,...

Gaming on Raspberry Pi or any other ARMs