Controlling a 'Thing' hand synchronously with MIDI music : 'The Addams Family theme song'.
Replaced the 555 timer PCB from the kit by a midi controlled relay board, and added some finger sequencing info to the Addams Family MIDI file.

I replace the 555 timer pcb with a relay board connected to a MIDI interface PCB with dreamblaster X1 module. This picture gives an overview of the setup : The relays are controlled by midi notes. I added finger sequencing info to the Addams Family MIDI file,

by added special notes on MIDI drum channel 10 : note numbers 0 to 4 do not have a sound assigned in the synth, so I used them to control the fingers of the hand.

I added these 'control' notes to the Addams family soundtrack midi file using a midi editor. 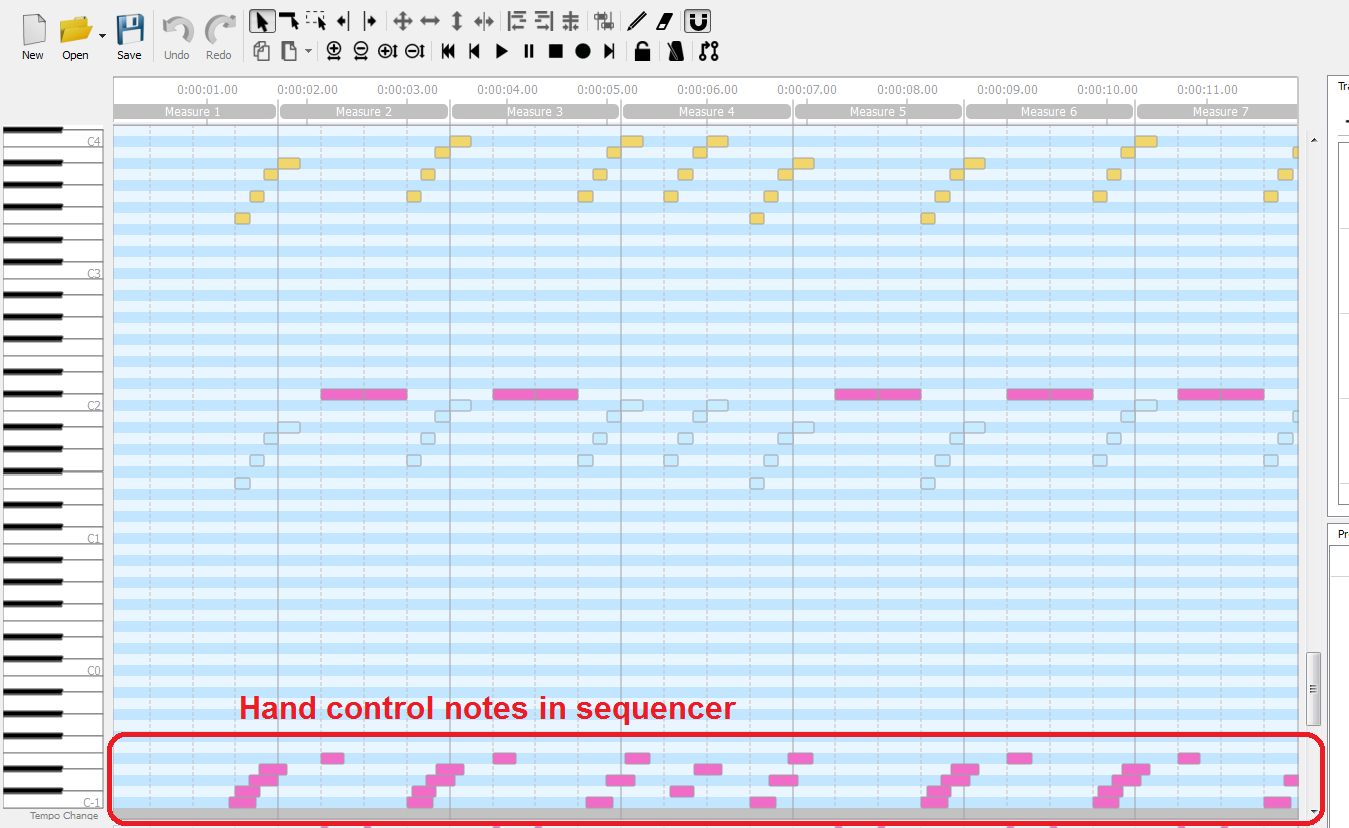 The MIDI data is sent to the MIDI interface pcb and this passes it to the relay board via the MIDI Thru header.

This way the hand motion is synced to the MIDI music. Initially the hand worked quite well, but a bit slowly.

I have done some experiments on the hand kit, trying to boost the speed, adding some counterforce, playing with different currents, and replacing the ripped up cardboard wire guides with kapton tape.

By time the time I recorded this video, the hand was already in bad condition, but the fingers still moved.

Running the entire MIDI file, the beaten up hand taps like this now :

Well I'm done with this setup.

Next up is replacing the 'default' wires in the hand with thinner / faster flexinol wires.

Maybe also add air or water cooling for a much faster response time.