Thanks to comment by @Brian, who mentioned a very googlable term, "kink current", I was able to find some info on laser diodes in general, that sheds some light on what is going on.

If the link goes dead, try googling for "laser diode kink current", or for the title: #5 An Overview of Laser Diode Characteristics - ILX Lightwave.

It does not include Brian's definition of kink current, but rather refers to kinks (that is, wiggles, noise, irregularities) on L/I curve. 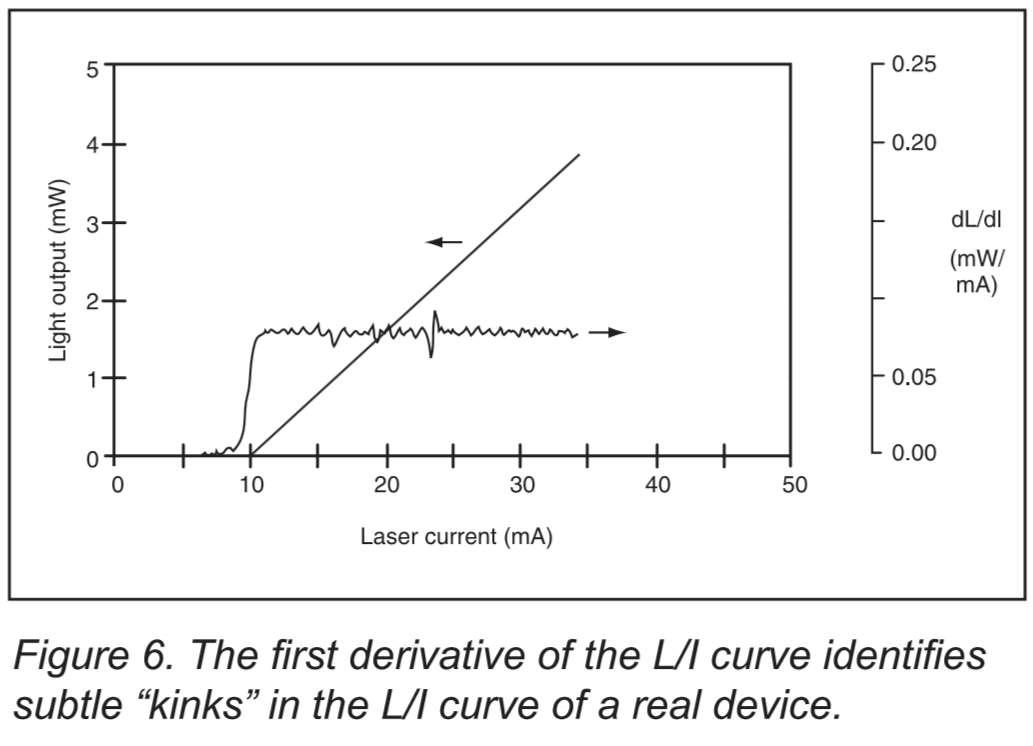 And below is another graph from the internet, which shows more obvious wiggles on L/I curve. 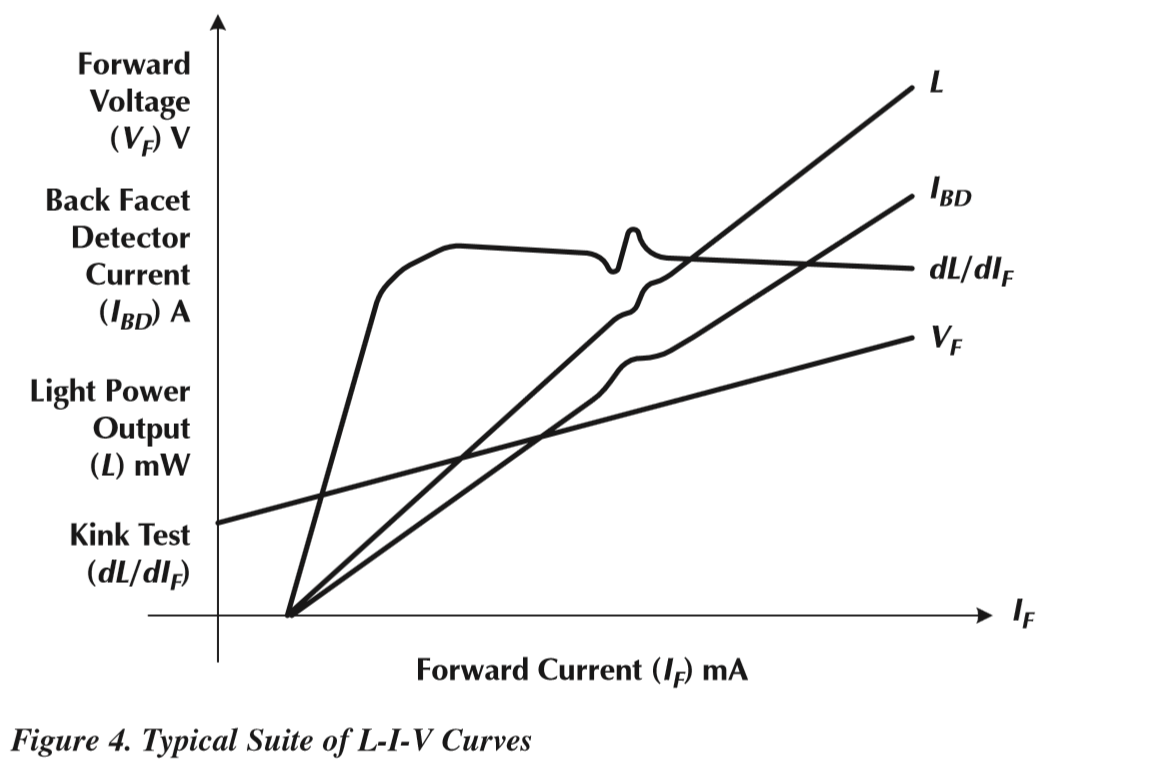 There, it's also noted that devices with kinks in their working current range should be rejected from production line, which gives me a good reason to state: nominal current of my laser diode is very likely less than 300 mA.

now getting data from oscilloscope