Breaking news! Those wiggles on L/I curves I got previously were tiny, because I've set up the measurement in such a way that the total intensity is registered.

But now I switched to higher-speed measurements, and I had to upgrade my photodiode transducer to become faster. Before, its settling time was about 10 us. Now I wanted to measure at microsecond scales, so I lowered the resistor from 100k to 1k, boosting the bandwidth by two orders of magnitude. This is at a cost of losing sensitivity by same two orders of magnitude, but I wasn't concerned about it, because the laser outputs quite insane amount of light.

Because the sensitivity dropped, I could no longer measure light by just aiming the photodiode at the spot on white surface. So I've put it directly into the beam.

The transducer was overwhelmed by looking directly into the beam, so I decided to diverge the beam with a lens. And then! Woooow!

And then I saw that my tiny wiggles have become insane! Look! 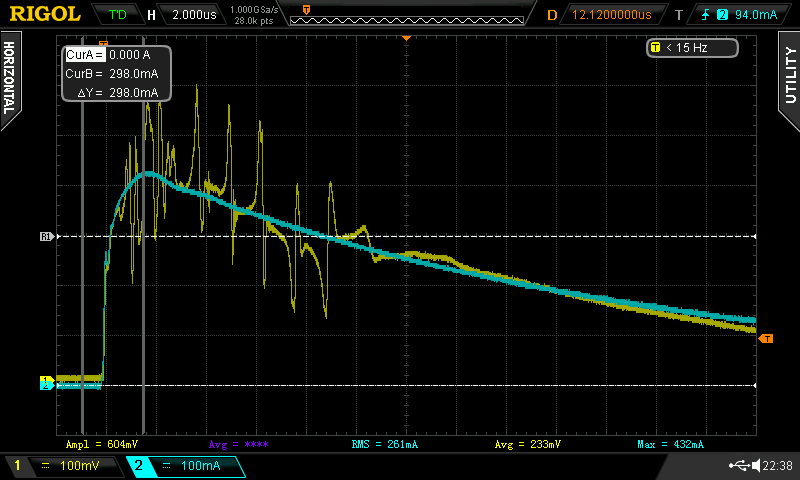 And that insanity is changing, as I move the detector inside the beam: 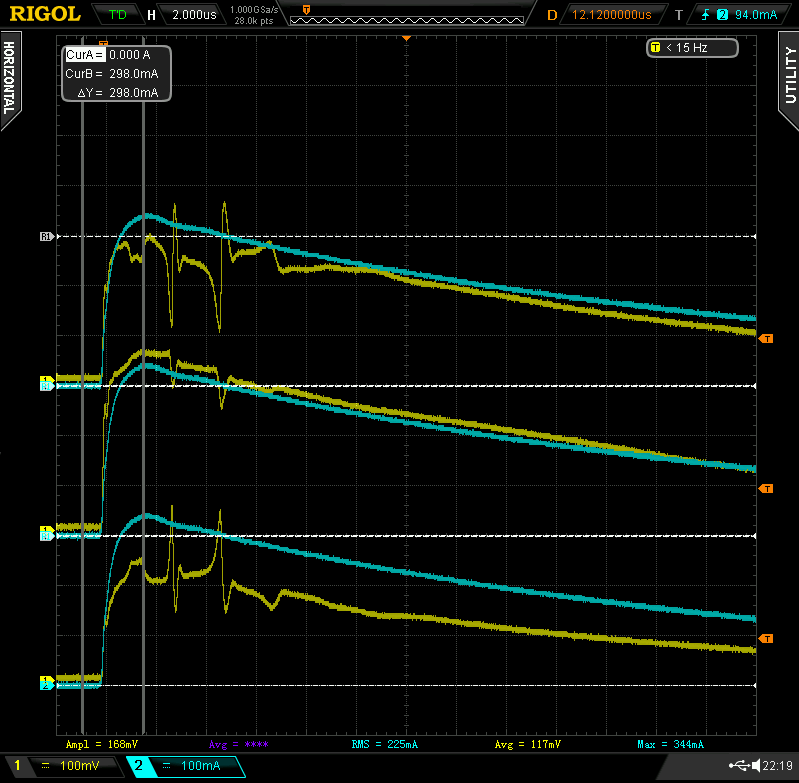 On this pic, I've overlaid screenshots from three different points of the beam. It can be clearly seen, that wiggles are almost exactly inverted on top and bottom plots, which are on the opposite sides of the beam.

So, the wiggles are mostly redistribution of light in the beam, the while the total light output is relatively unchanged. Fascinating, isn't it!