Now I've repeated the slow measurement with diverging lens, in hope of getting a video of the spatial redistribution.. And guess what happened? The laser is oscillating!!! 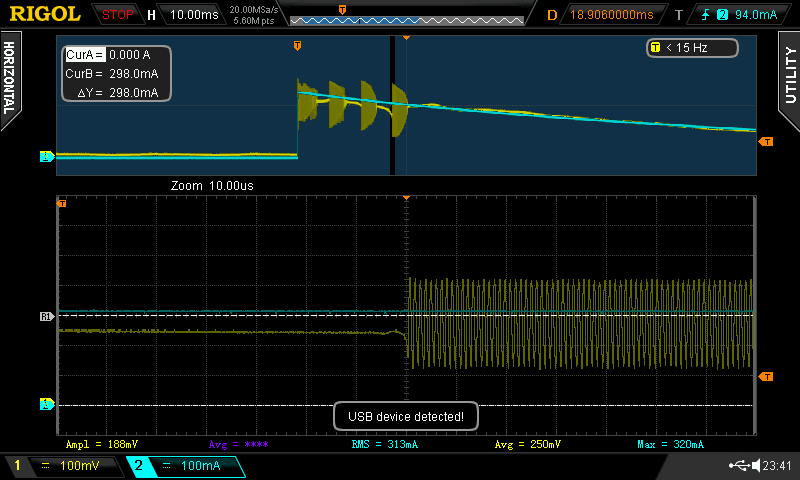 On the top is the overall trace, slow scale. On the bottom, I've zoomed into the starting piece of that widening. There is oscillation. The frequency of this oscillation is 950 KHz.

Previously, I wasn't seeing this oscillation, because my phototransducer was too slow to pick it up.

EDIT: the frequencies of oscillation are different in the bursts, with the bursts themselves not being simple. I see frequencies up to 8 MHz, which is probably the point where I hit the bandwidth limit again.