Yesterdays decision of going Pi has made me reflect a bit. Many projects don't progress past the idea phase because things like trying reducing cost or development difficulties get in the way. Reducing cost often means using e.g. a smaller processing platform which can make it harder to do development, doesn't have well supported libraries, etc. This solidifies my choice of Pi as processing platform over e.g. the 8266 modules I have laying around, as development is likely to be better supported. Besides - with the $5 Pi-zero, it is only a minor difference in cost. 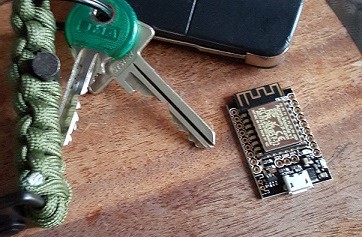 Guess my Digistump Oaks will have to wait for another iteration or project.

Furthermore the Pi platform has the benefit of being widespread in the hacking community meaning my project (if succesful) should be easier to replicate for others. To support further replications I'll try to pick hardware which is widely available and fairly cheap (no exotic solutions) to broaden appeal. It should also be a "washing machine" agnostic solution, so hooking into the machines hardware, placing e.g. lightsensors on strategic positions are not valid options.

While keeping these considerations in mind the singlemost important goal is to complete the project, by at least creating a working prototype. Without that all the considerations are without value, and it is always possible to make later iterations which optimize on cost and such. A great example of this (perhaps taken to the extreme) was featured recently in a picture frame project which could e.g. easily have been made on a Pi, but which used a 27" iMac.

With that said, it is time to get cracking! I've got a pi coming my way tomorrow and some of the sensors I'm considering using have already arrived, more about those in a later post