But the Sun always rises

This is an open source project, and that means that even though the company decided to drop it, sources are as available as they have ever been.

So the project is not dead! and I will take this chance to update the least bits of advance, and talk about this complementary project: DeLePeHost

First of all, the last update said FEP was the definitive material for the bottom of the vat, an so it remains to this day, giving wonderful results. Further design has been made on the vat, for it to be easier to assemble, and help keeping the tension on the FEP sheet. 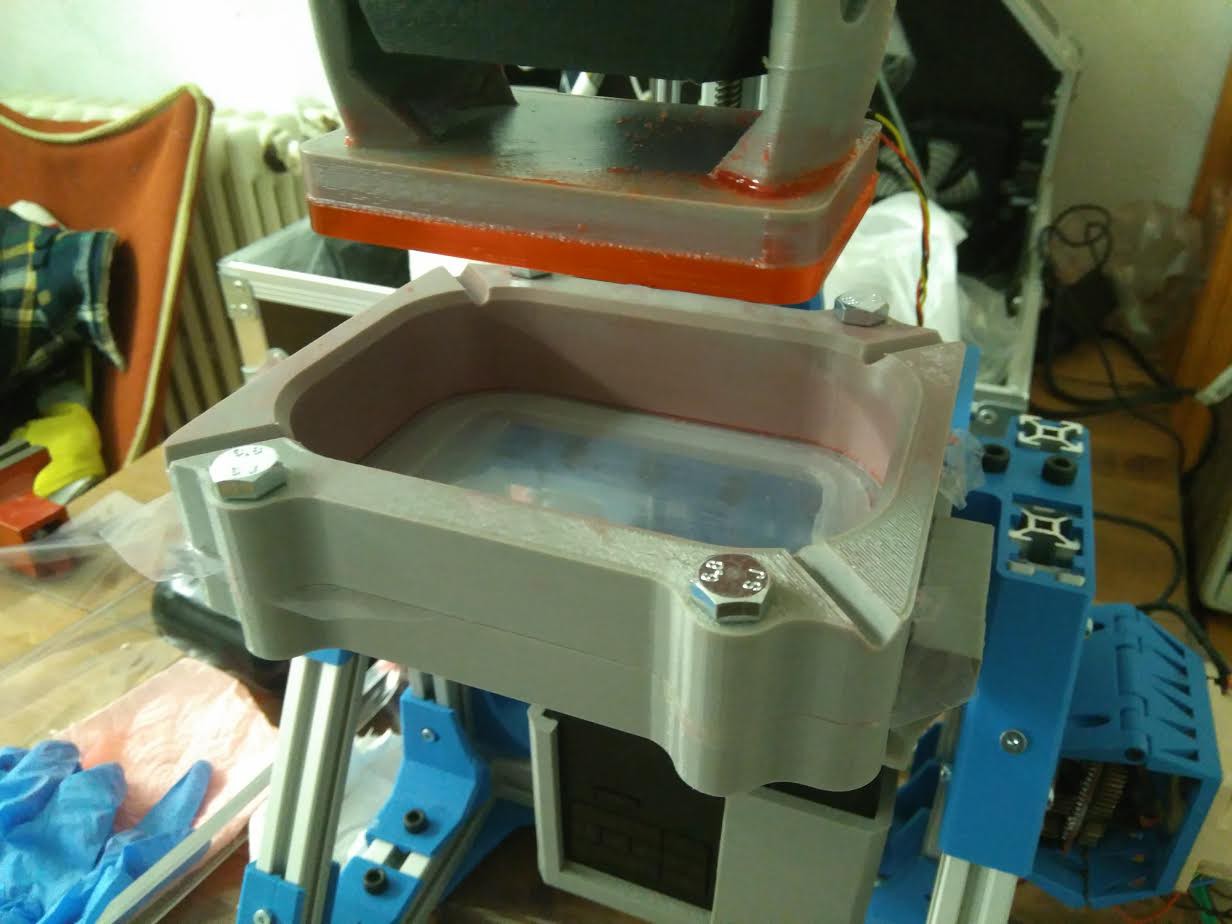 No more physical progress has been made on the design, although there is new commits on the repo that aim to shrink the footprint of the machine.

Another of the causes the design hasn't progressed, is that I was working on yet another RasPi host for DLP 3D printers (half because I need it for future experiments, half for fun). Yep.

It's name is DeLePeHost, and I include link to the sources at the end of this post. It's written in Python and a bit of C. It's far from being clean code by the time I write this, but my plan was to make a backend DLP printer host in Python, in a highly readable way, so people can use it give their printers a host they can customize easily for their needs.

I used Python also because it is a wonderful "glue" programming language, so basically what this projects is, is an amalgamation of several pieces of software I found lying around:

I wouldn't write this huge paragraph without a reason to be excited, and the reason is that 3 weeks ago I retook the project, that was left on an "almost working" state, and finally got it to print. Tried to record a timelapse of it, that my old GoPro messed up almost in the end, but I'll post it anyways:

The print actually came out well. It was a face of an old man, modelled by a friend: 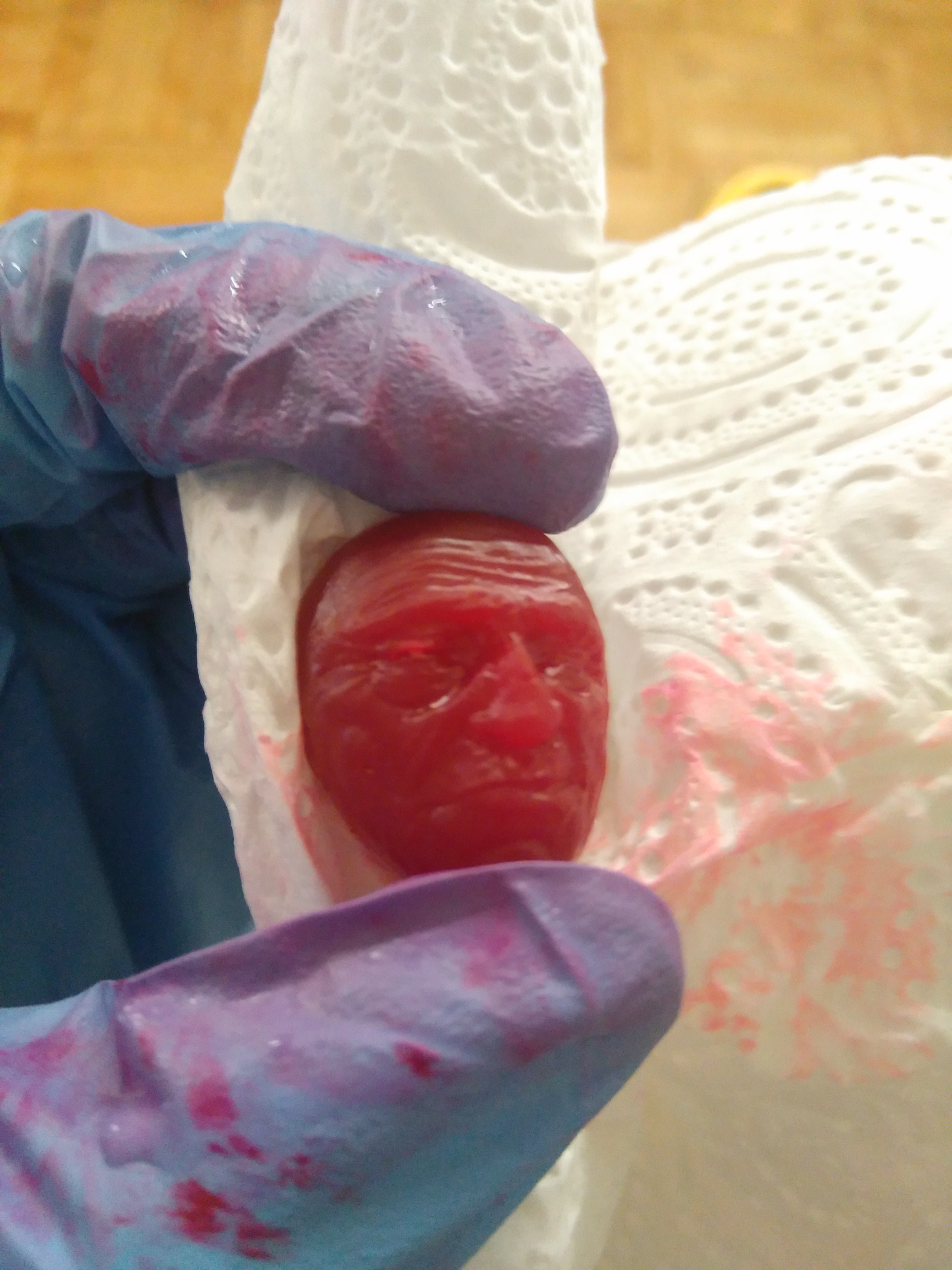 So these are my progresses so far. Sunrise may be slowed down to the rhythm of my free time, but definitely not dead. There's still things to do, things that can be done, and things that you can do! because the source is available in GitHub, and if you have any suggestions, or even designs to add, I'll be listening.

Things that have been going on