I'm an aerospace engineer who has been stuck in the amber of the military/industrial complex for the last 30 years. I am a maker at heart. 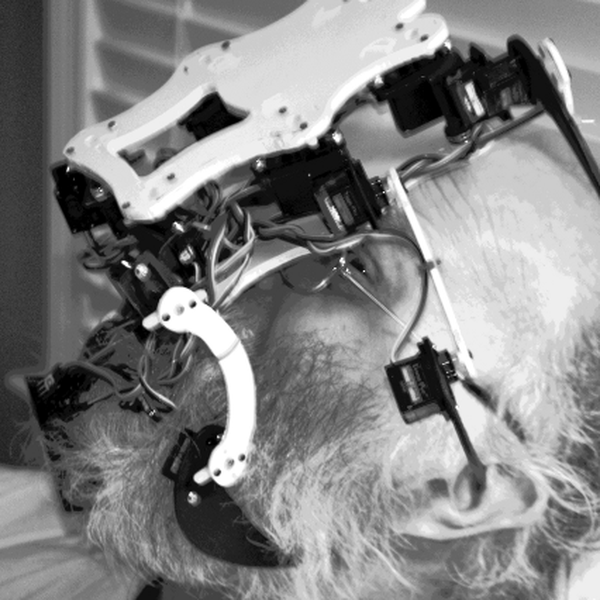 I do comprehensive CAD and prototyping - electronics, mechanical software, hardware. You name it, I've probably designed and/or made it.

I've had this idea cooking around in my brain for the last 15 years or so. Time to get off my ass and attempt to build it.

Body Armor that fires an aluminum slug into an incoming bullet's center-of-percussion. The bullet shatters into fragments if you hit it right, and the fragments are easier to stop in Kevlar as a result.

For people and vehicles ... An invention well ahead of its time. The U.S. Military doesn't need it because they think nobody will ever be using FLIRs (Thermal Imagers) against them. They may be right ...

Ducted-fan UAV's made for U.S.Army and DARPA. Allied Aerospace is now Triumph Aerospace, I think. ANYWAY, we flew at every test, on time, performed as advertised. Government told us: "So long, and thanks for all the fish..."

A shoulder-fired MANPADS simulator. Replicates the UV and IR signature of a missile launch

I was once, briefly, Integration Engineer for the third X-43A Hyper-X aircraft. I was really hired for the X-43C program. The X-43A eventually flew Mach 9.8 or so. http://en.wikipedia.org/wiki/File:X43a2_nasa_scramjet.jpg

Built a device for testing laser rangefinders that detects rangefinder pulse (1.06 microns wavelength), then emits a corresponding pulse back to the rangefinder equivalent to a TOF for one Kilometer (selectable). A PIC16F737 does all this.

Built a 3DOF flight table and electronics that tracks UAV's (drones) using only their GPS streaming data (and the GPS coordinates of the table). HDTV camera provides view of UAV in flight. Camera mount and cover 3D printed.

built my own reprap mendel from scratch

Create your Hackaday.io profile like Ranarchy and many others