We'll be talking about crowdfunding your project to get to the next level. If you're considering doing this, don't miss this chat!

Josh Lifton will be hosting the Hack Chat on July 28th.

Do you have a project that you want to take to the next level? In this chat, we'll be talking about crowdfunding to raise the funds to do so.

In this chat, we'll be talking about ::

Josh has a PhD from the MIT Media Lab and holds a BA in physics and mathematics from Swarthmore College, which is to say he's devoted a significant amount of his time learning how to make things that blink. As head of Crowd Supply's project efforts, he is helping others do the same. Prior to Crowd Supply, Josh worked in a variety of technology settings, from instrumenting thousands of audience members with custom wearable computers for a Cirque du Soleil performance to, most recently, serving as head of engineering at Puppet Labs.

Please add your questions and project links to the sheet for discussion! 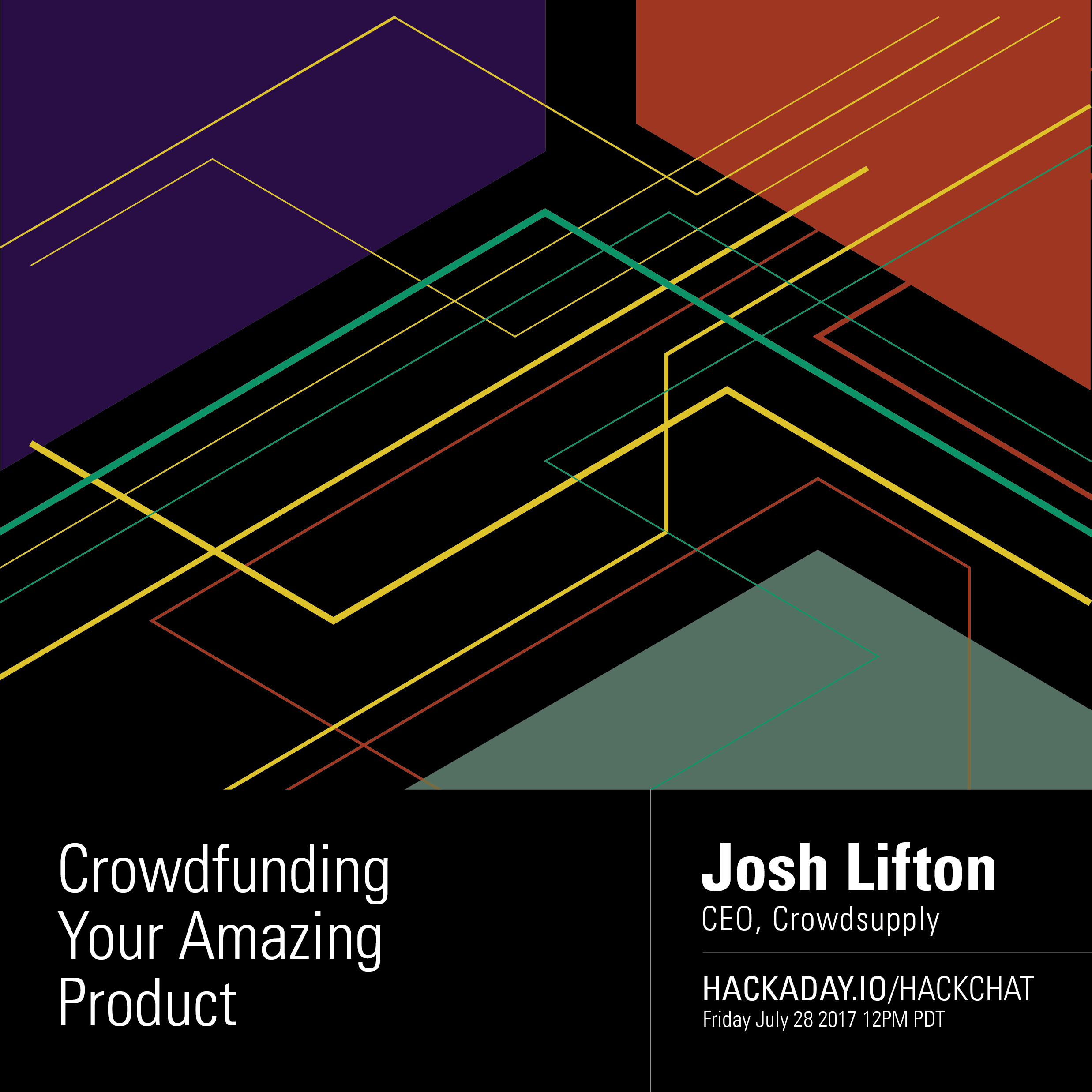