I'm currently 'researching' keyboard options for a portable raspberry pi device. So far I have an old cheap chinese bluetooth keyboard, some 4x4 keypads and an xbox controller and I'm not happy. Without screw holes -that were on the eBay listing pics- I can't mount those 4x4 boards anywhere and I don't like the pressure I have to apply to the switches. The BT board I might be able to hack in to, but after failing with the chatpad I feel slightly "meh" about it. After a fatal waste of hours I gave up debugging a cheap Chinese xbox chatpad. It doesn't want to talk to me and it's not the PIC chip version one could reprogram, so my only option right now would be to remove the chip and throw on an atmega/arduino on there and scan it myself. Since they're cheap to get on eBay I still might do that at some point, but I came up with something else. Thanks to the very good google picture search result position that hackaday.io always gets, I felt compelled to add this massive text overlay. But I have to linkdrop this for all the guys who bought original quality M$ stuff - http://cliffle.com/project/chatpad/ - it might work for you guys. 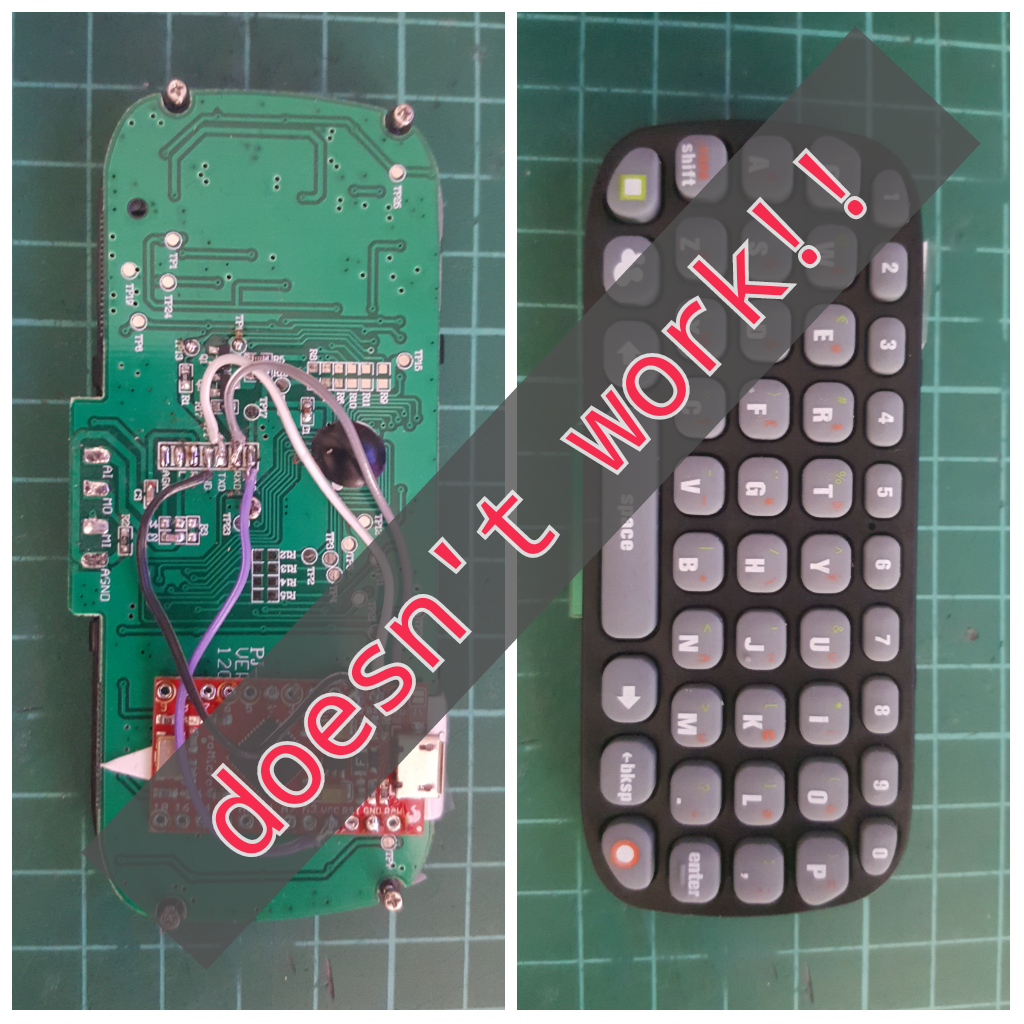 Instead I designed a little board that's inspired by the nokia 5510 - this cellphone has a "full" qwerty keyboard, 24 buttons on the left and 21 buttons on the right side of the display. So having two boards of this 4x5+3 keys equipped with the (way too heavy) buttons that I want to replace might be a good start. It also has diodes against ghosting - should have added a ghostbusters logo on there. Damn. Next rev. 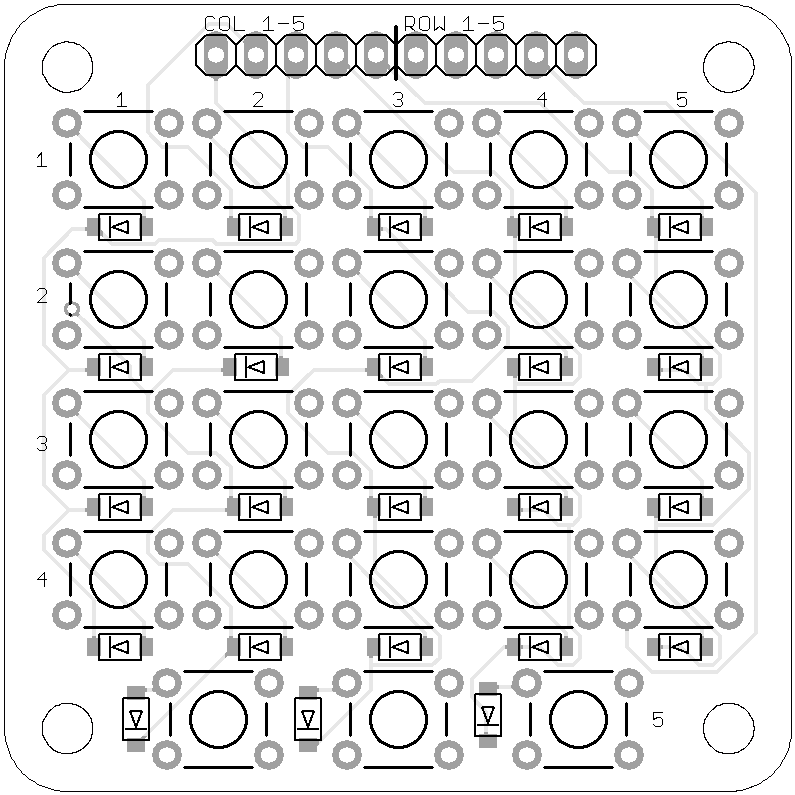 I don't like indents in my finger from pushing a button - so does anyone have any other options? I'm running out of Ben Heck portables episodes.

IR Remote $0.95.  Comes with remote (car MP3), IR receiver, cable and a small board with headers.

I have done the IR decoding for NEC on a STM32F030.  The protocol is simple.

well I mean/need something with more characters - like a qwerty keyboard. Now that I have the cheap chinese chatpad hooked up via the testpoints to an arduino I'm a bit pleased.

- Use only a (cheap) resistive touch screen with static symbols from behind. (https://www.sparkfun.com/products/13631)

Touch stuff makes sense, but it's a bit "unhaptic" for me, where the normal tactile ones are "too haptic".

A small DC motor can be used to vibrate the screen and provide some haptic feedback, but I don't know if it suits to your needs.

@danjovic good call, I even have some small vibrating motors here

May be those keyboards for tablets - some of the cheaper ones have a USB cable instead of Bluetooth.  If they use the usual USB keyboards chip, then these might also talk PS/2.

I'm looking for something smaller but this is definitely something to consider. Thanks for mentioning, sounds interesting that they might talk PS/2.

Good keyboard is major PITA for DIY devices. Been there, done that. I'd say that 50% of my struggle with all kinds of portable computers I've done before was because of :

1, I can buy usable keyboard, but has little keys counts, so I have to workaround it - just like #Pavapro - portable AVR programmer

By the way, the little 4x4 keyboard from pavapro is quite nice to touch, much much better than 6x6mm keys, especially from china *

Having mass manufacturing budget, I'd make my own keyboard, but that is not feasible for DIY projects. 3D printers could help - in theory. Imagine printing 4x4mm big keycaps with letter "engraving" on average DIY reprap machine. DIY-ers have to salvage keyboards from something else (one-off solution, can you buy the same keyboard in 3 years from now?) or hack together kind-of-keyboard from separate switches (usually feels bad, is bulky, lot of soldering, needs key caps). Both are meh solutions.

EDIT: I found out I missed "mm" unit twice

These are exactly my thoughts! You wan't your projects to be reproducible / maintainable and not depend on stuff that won't be produced anymore some point later.

Thank you for the tme.eu link - thanks to them I knew what to look for on ebay and safed 4 euros. I almost feel bad saying this though. B3F-1000 was the one with the lowest activation force I could find (100g).

While I was writing I've remembered your keyboards and found them quite nice, I have to keep an eye out for this on ebay.