​Generating video signals on a microcontroller with correct amplitude and impedance.

Composite video standard defines a signal with 1Vpp amplitude under a 75 Ohms. From that signal 70% (0.7V) is the amplitude of video information which stands above a 0.3V pedestal, while the synchronism information (sync tip) corresponds to the remaining 30% of the total amplitude or 0.3Volts below the pedestal. 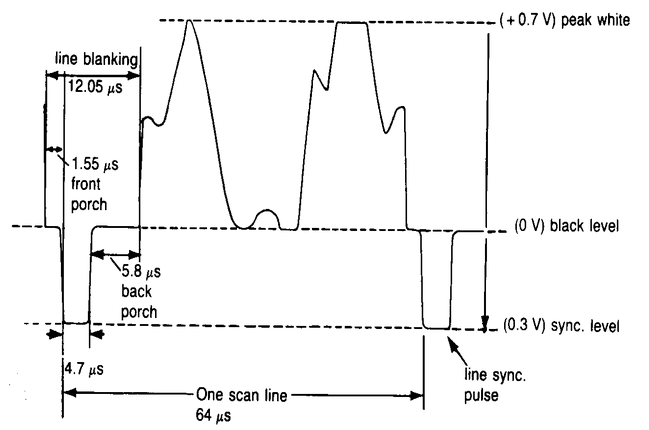 Many projects of video generation for microcontrollers provide video signals that may work but don't respect the video standard, thus the signal generated might not be properly displayed depending upon the monitor used.

But generating a video signal with correct amplitude and impedance can be easily accomplished with the aid of resistors and some math.

With two pins for generating the Sync and Video information we can have four possible combinations from which only three are expected: Sync level, Black (pedestal) and White Level.

First thing to consider are the Voh and Vol from the microcontroller. Taking a PIC16F688 as example such levels can be in the range from VDD-0.7Volts to Voh and 0.6Volts to Vol. It means that our Sync level might be slightly biased to 0,3Volts under 75 Ohms load (0.6Volts without load).

Considering the resulting internal impedance of 75 ohms such values shall be doubled when no load is present.

Considering the voltages involved we have now the generic circuit equation: 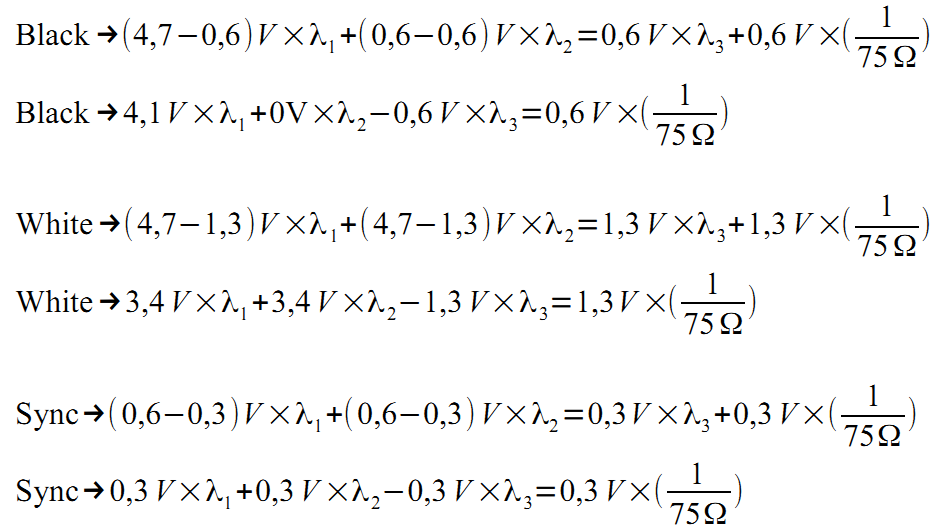 On the absence of load, RL = infinity, which means the Conductance is zero. Then we have the equations for the unloaded circuit.

The 6 equations can be written as a product of matrices 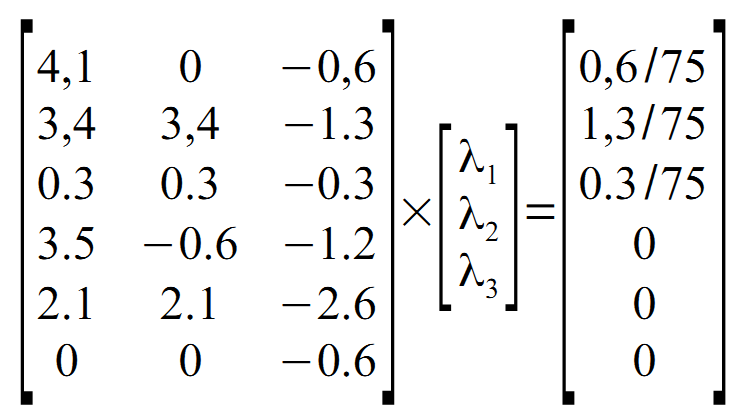 Using Scilab we can easilly get the resulting conductances.

Which can be converted to resistances, resulting in

Then using the most close commercial values we have: 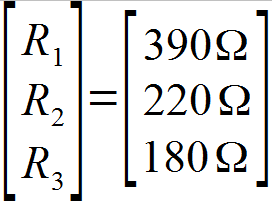 Let's now do the oposite way and check which are the theoretical values we can achieve using commercial value resistors. Rewriting the equations in terms of Vout we have: 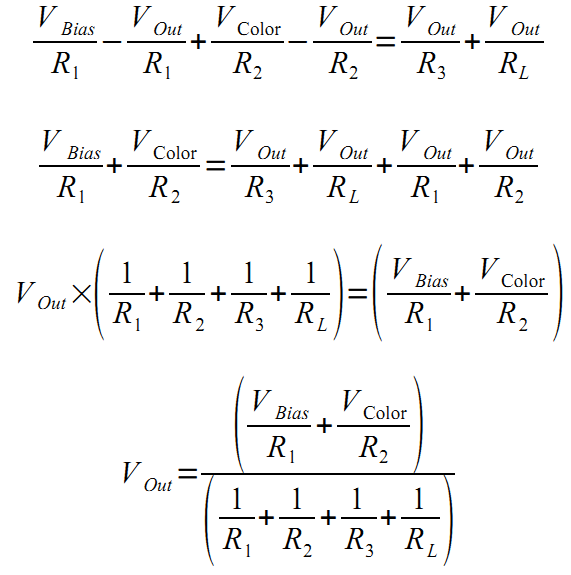 Then solving for the possible output levels we have:

Let us now estimate the 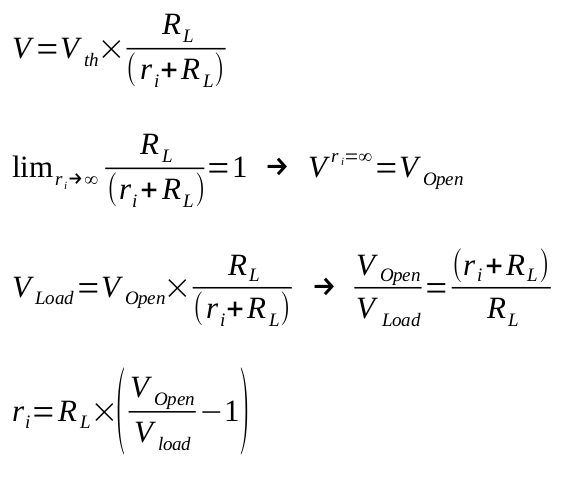 The figure below shows the circuit with final values.

For calculating the resistor values for other microcontrollers and logic gates (TTL, CMOS) it is possible to use the general matrix system below. The green lines correspond to the voltage levels with 75Ohms load while the blue lines are the voltages with open circuit (no load).

It is necessary to notice that the pins that drive the resistor must me able to source and sink currents around 25mA, which many microcontrollers can handle. On devices with less capacity the use of a buffer is recommended.

This circuit topology and calculations have been used in the following projects: