The battery in my Lenovo laptop were slowly losing charge. Remaining capacity was 69% (good score after 2,5 years) but I need the really long battery time while travelling.

After breaking the casing I saw a really nicely designed and built battery pack. Being curious about the IC's on the PCB I searched online and found two trusty IC's from Texas Instruments doing all the hard work:

By chance I also  found a site where they tried to refurbish a battery pack from a Lenovo battery pack and it did not work because of safety features on the PCB (link).

You cannot just solder wires to lithium-ion cells, they will just overheat and might even explode! Luckily at the moment I am living in Shanghai, so I went to a small electronics factory and spot welded some connections to the  batteries (I did it myself) and connected them together in a 3x2 batteries in series way. 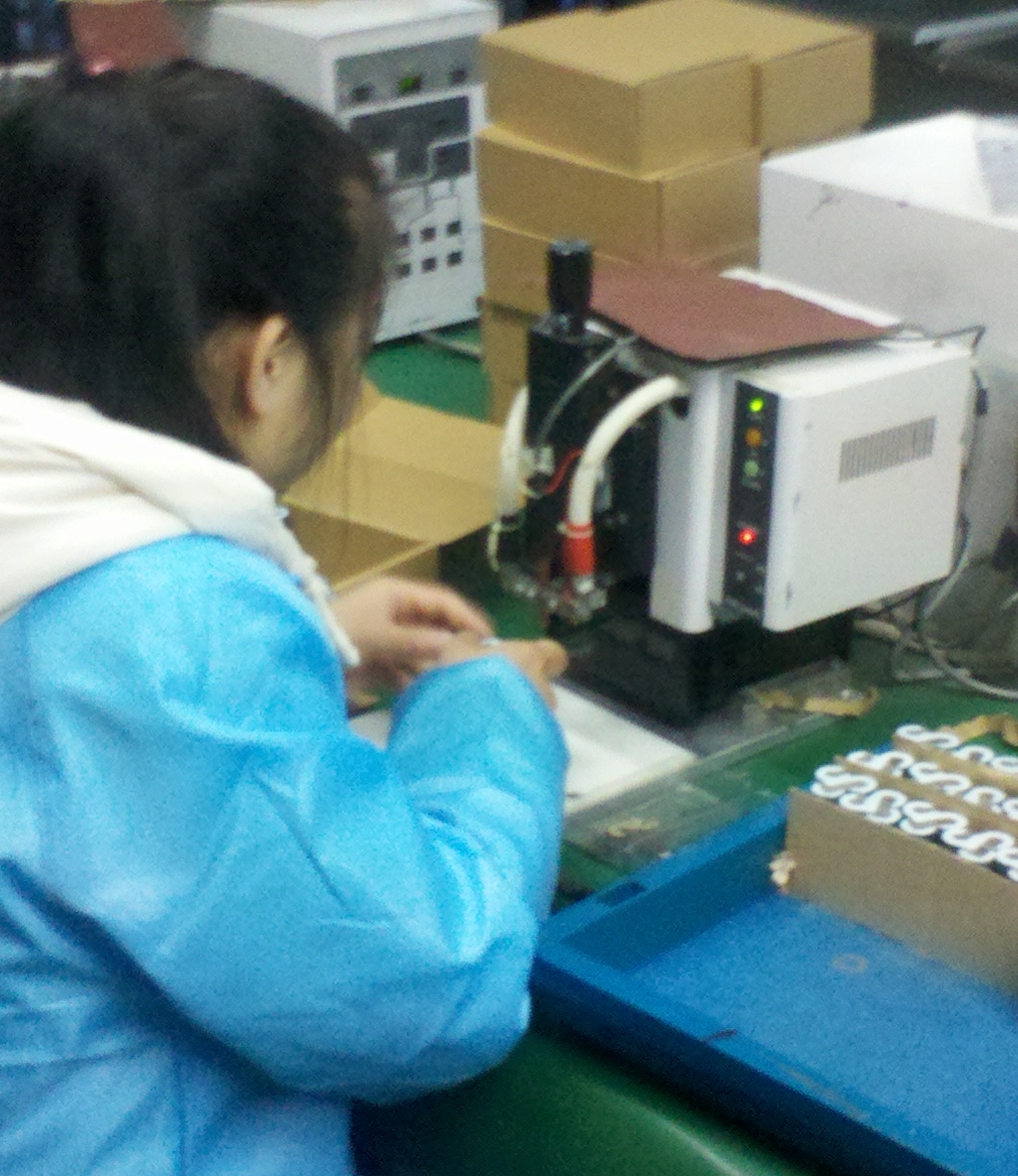 Back home, I first made sure both batteries had about the same voltage, the bad banana plug wires I used had enough resistance to keep  the balancing current under 1A. 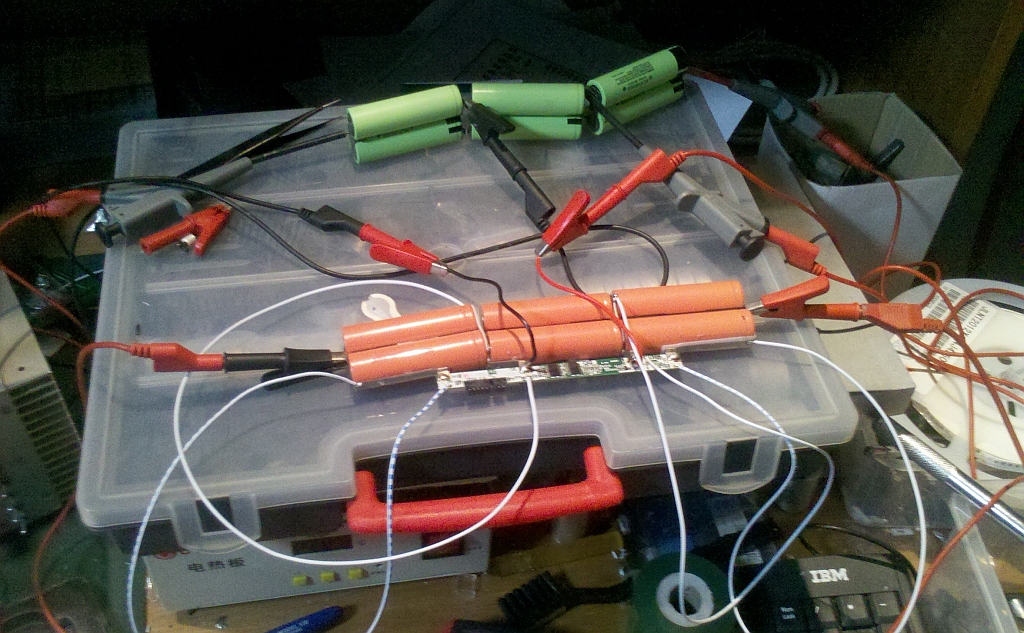 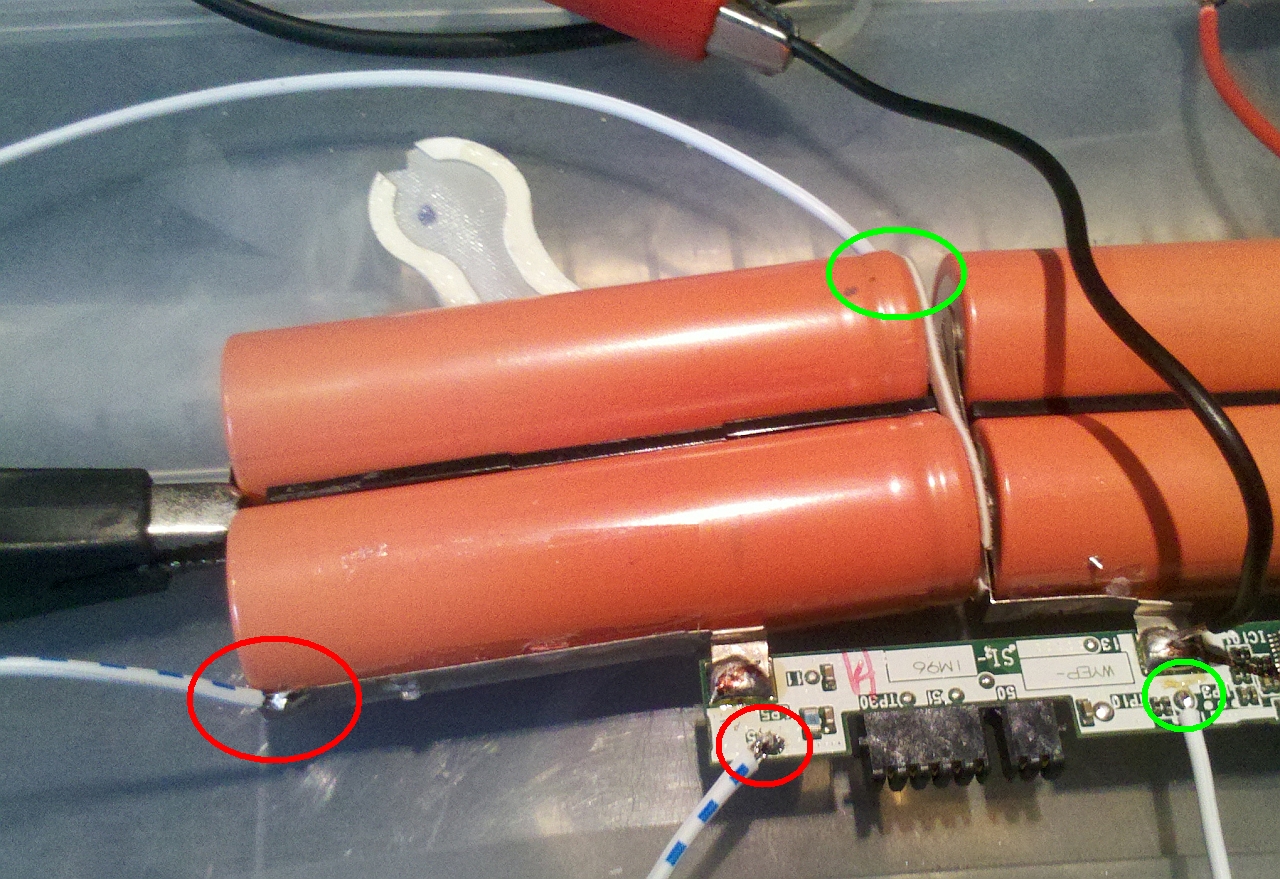 Then I slowly started to dismantle the old battery pack for the solder tabs connected  to the pcb. It takes a bit of force, but you can get the tabs off in reasonably good shape. 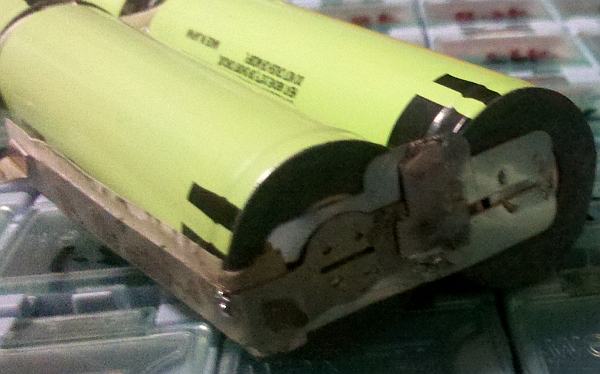 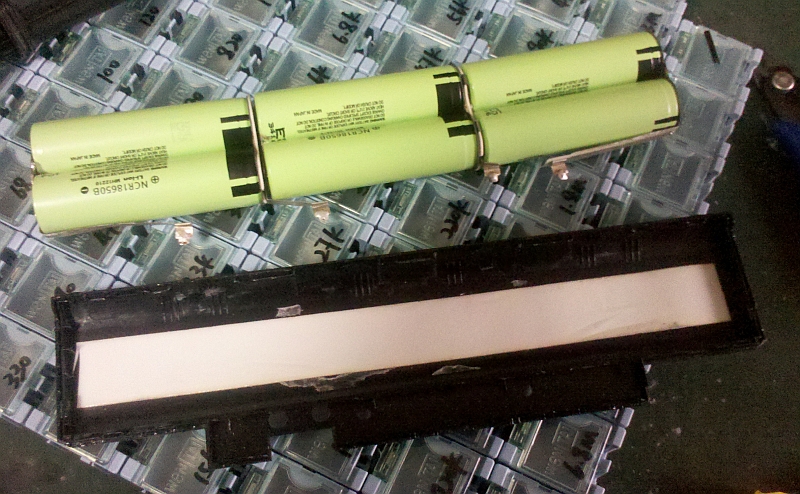 I Soldered the tabs  to the PCB again, taking good care not to short circuit anything. Then desoldered the wires running to the old battery pack.

After sliding the battery back into the laptop and trying to switch the laptop on......... It booted! Luckily, Lenovo does provide a way to reset the battery gauge in the Lenovo Power Controls software: 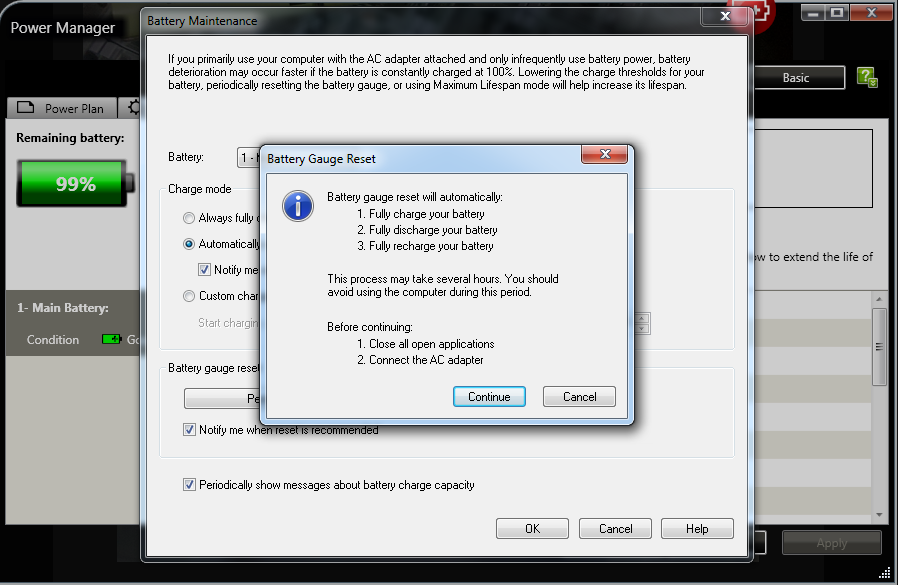 At the moment the laptop is still charging (says there were only two minutes of charging left for about half an hour now). Hopefully Hackaday projects will let me post an update, don't know about that yet.

So, what this shows is, that it is possible to rebuild your Lenovo battery pack!

DISCLAIMER: Lithium batteries can be dangerous for a long healty life if you don't treat them with respect, so be curefull folks and do it at your own risk.

Stumbled on this article when looking for possibly rebuild a 41++ for my T60 but found you're using the same 35+ as my x140e.  My only question is that any particular method when it comes to taking apart the pack so that it can be reassembled as I've not done it before?

Thank you for explaining why I can't seem to jumpstart my 78++ battery for a thinkpad P70 after replacing a bad cell (jumpstart = connect + from the last battery to the plus connector on the battery).  It seems from what you're saying that there is a blown fuse.

Question #1: can I replace or short the fuse? It's it a software fuse that I can't get to?

Question #2: how bad would it be if I connected + from the battery to the plus connector on the board, bypassing what's in the middle? I'm assuming this bypasses all protection and charging circuitry and would probably be a bad idea?

Hi friend, when you performed the "reset gauge", does the displayed battery capacity has increased?

Thanks for your answer! So it seems the battery is also limited to some total amount of cycles where the BMS refuses charging. Even if this is the case, it would still be worth buying dead battery packs for getting the charging / balancing electronics and then refurbish the battery using new cells. Maybe it is even better getting non original battery packs since such electronics might not have planned obsolescence circuitry in it...

Are you able to read out the total cycle count from the battery? Is it some even number? I will let you know when I am doing the mod. I will also play around with non original battery packs but first I have to get a spot welding machine I guess...

Hi Coon, thanks for your interest. The battery kept working for a lot of extra charging cycles, but there was an end to it. After double the amount of cycles (I don't know anymore how much) it stopped recharging sadly. But it worked for quite a long time, was worth the effort. Let me know if you do the replacement and how it went.

Hey, nice tutorial! Currently I am playing around with 18650 cells and I am planning to do this on my T420 after I gained more experience and feel safe to do so. Does your replacement battery still work btw? Did it fully charge? Using Panasonic NCR18650B cells sound very promising since on my 9 cell battery it would mean ending up with 9600mAh, which is even 600mAh more than the original battery. :)

Oh no. Well there is this fuse with 4 connections somewheron the PCB. You could try bridging this one (only the 2 high current pads). But don't forget the last sentence of my walkthrough ;) Good luck!

I didn't know they detect the cells being replaced :/ I just replaced the cells in my thinkpads battery. The battery does communicate like normal, but it doesn't put out any power..