An electric guitar with active electronics: separate filter for each pickup, many switching possibilities, 8 programmable presets.

I wanted to build something special (a hackers guitar :) and decided to build this electric guitar with active electronics. The idea was to have something that allows to variate the sound a bit more than it is possible with a standard guitar.

The requirements for my project were:

I got many inspirations from the books of Helmuth Lemme http://www.gitarrenelektronik.de. I combined the state variable filter circuits from him with some digitally controllable potentiometers, some analog switches and and an atmel microcontroller. To make the software development as easy as possible I used the arduino environment: editor, compiler and monitor program.

Because Hackaday.io is about hardware hacking I don't want to write much about the woodworking part of the project.. I documented the woodworking in a German guitar builder forum Thread: My First Semi-Acoutic.

All the functions mentioned above are controlled via the four knobs on the top of the guitar. 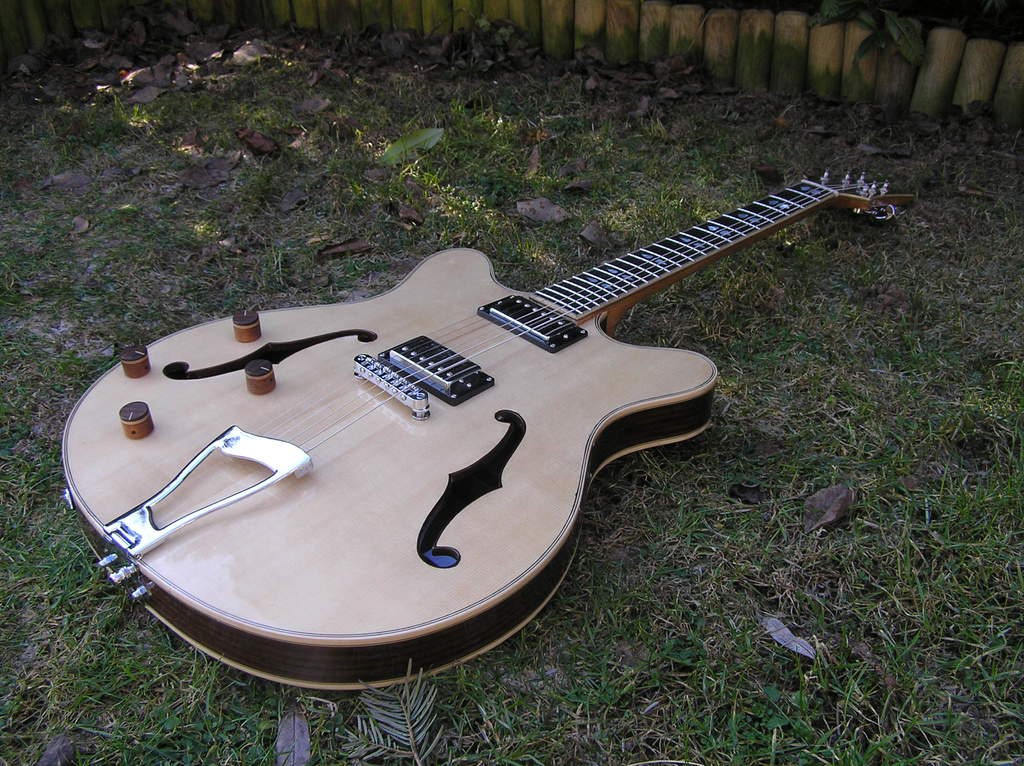 To show the actual setting there is an integrated LCD in the side of the guitar. (It is on THIS side because I'm a left handed player...)

I left enough space in the body to house the LCD, the battery, control knobs and the PCB with the electronics 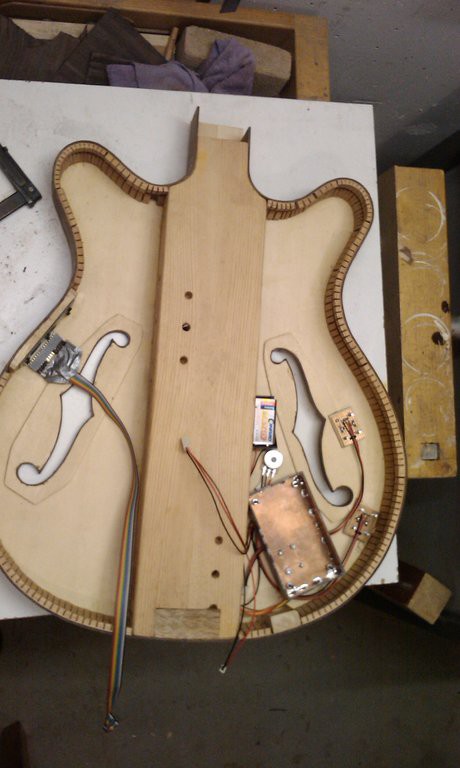 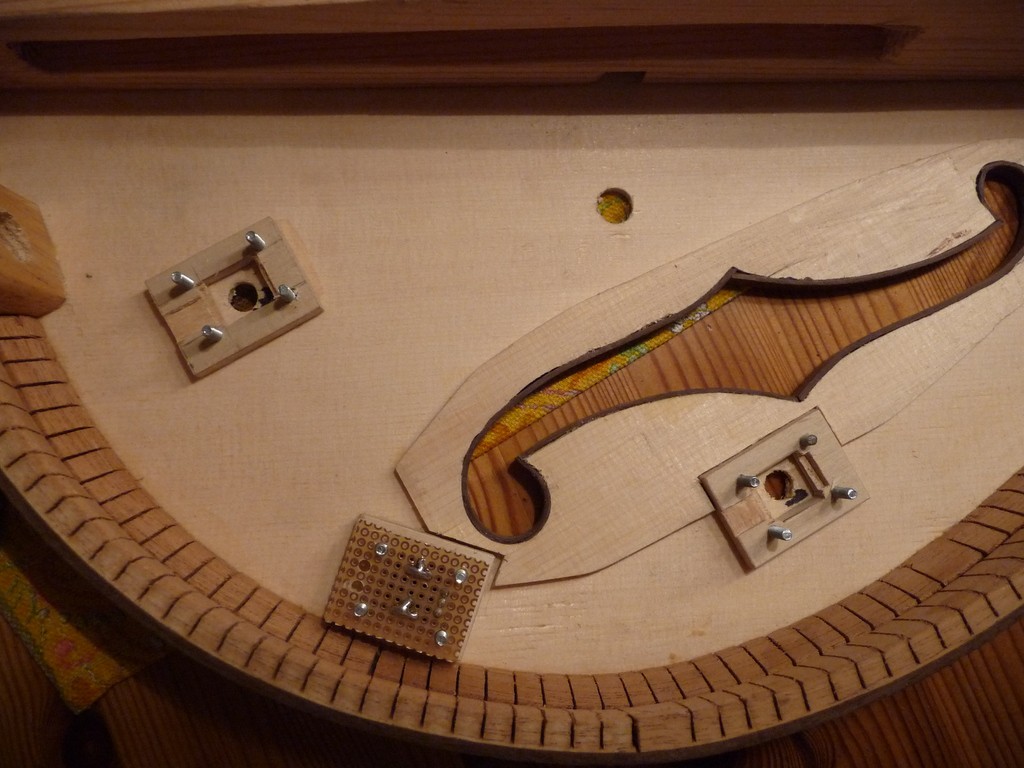 This is the PCB connected to the display on my workbench. 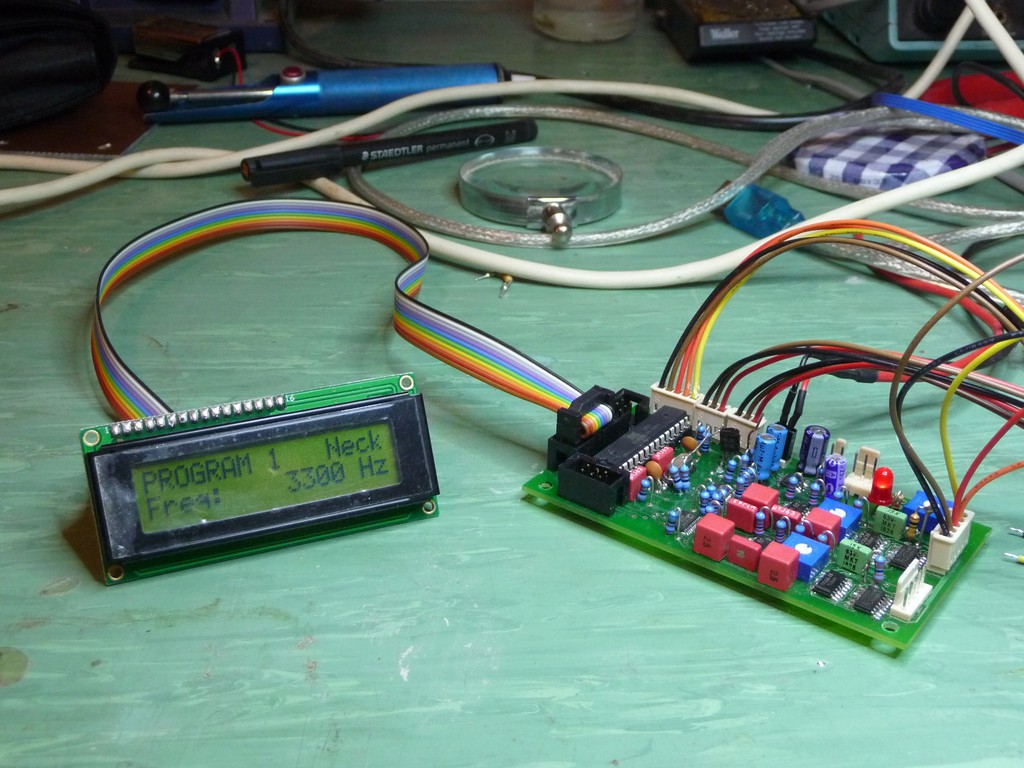 Built into the body of the guitar it looks like this. I made a shielded box from copper coated board to avoid disturbing noise. 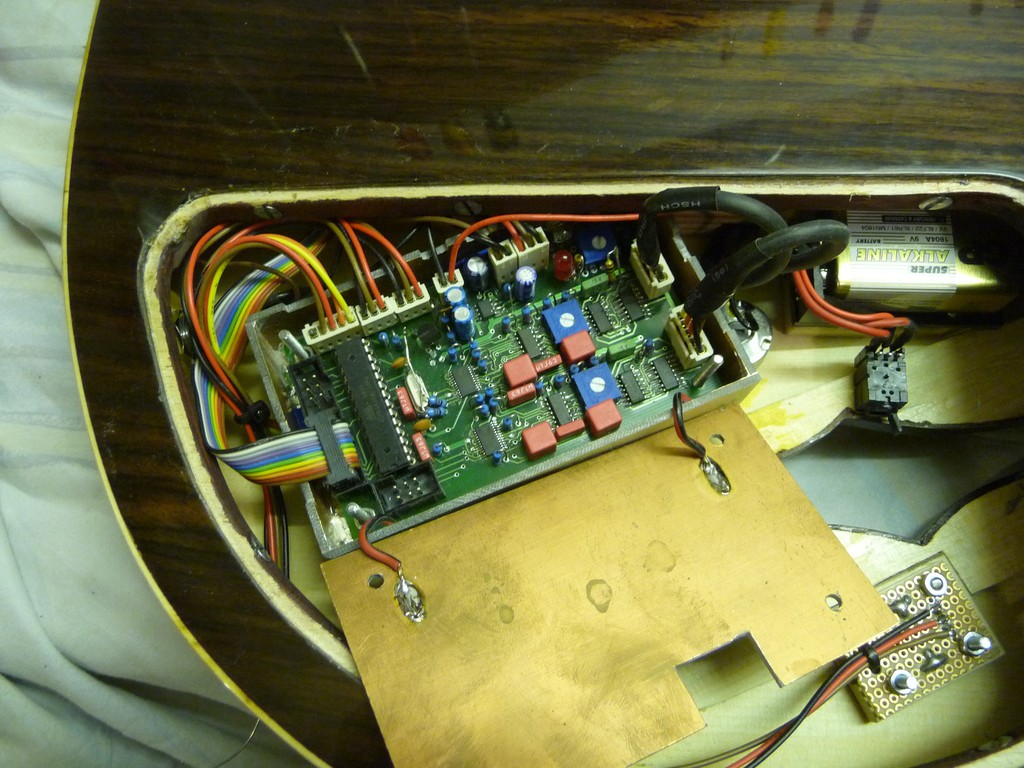 The output jack is a stereo jack. Connected with a standard cable to an ordinary amp the guitar is powered by the internal 9V battery. When I use my (hacked) amp ( with phantom power on the left channel of the stereo jack) I can save battery power...

With the switch mounted in the F-hole (see pic above) I can select between internal and external power. 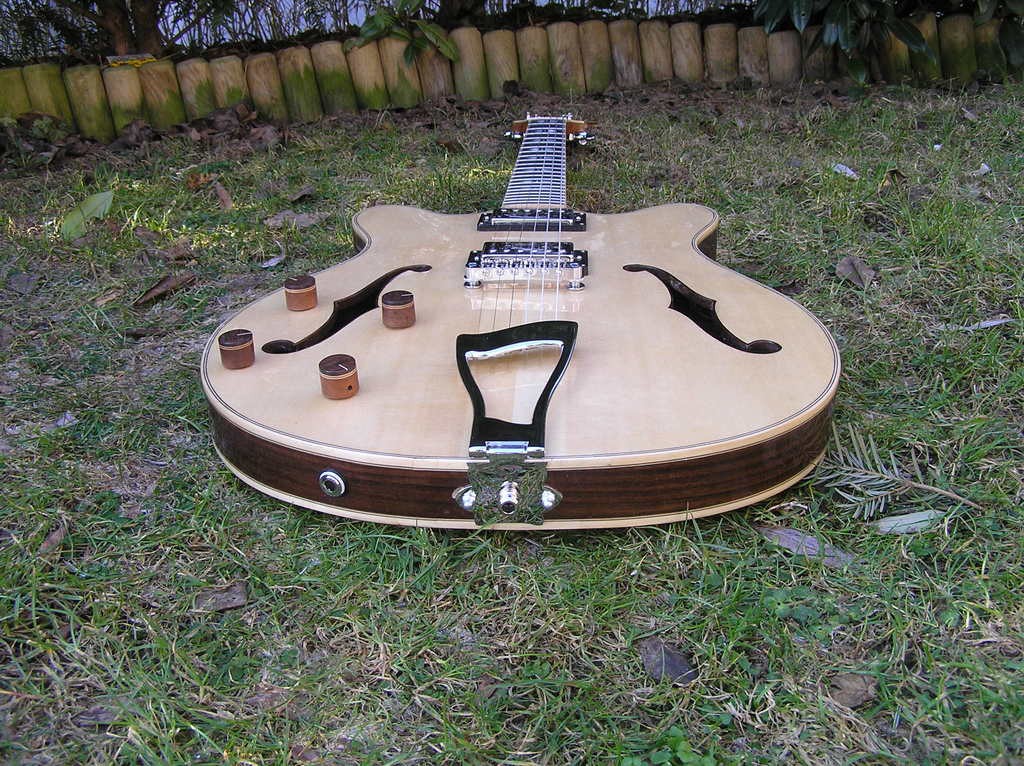 Since i like to make stuff, and i also like driving, i decided to make my very own navigation system from Lenovo Phab Plus tablet.
Project Owner Contributor

One Fridge off the Grid