With the wind coming from the north, I rotated the bottle anticlockwise from ( initally pointing..) north to south , and took screen shots of the resulting sound spectrum at 45 degree increments. (since the aperture is symmetrical, the results should be identical if rotating clockwise).

The image below shows horizontal sections of the waterfall spectrum from SDR-sharp in rows starting from North.

Here's a general screen shot of SDR- Sharp in operation.. 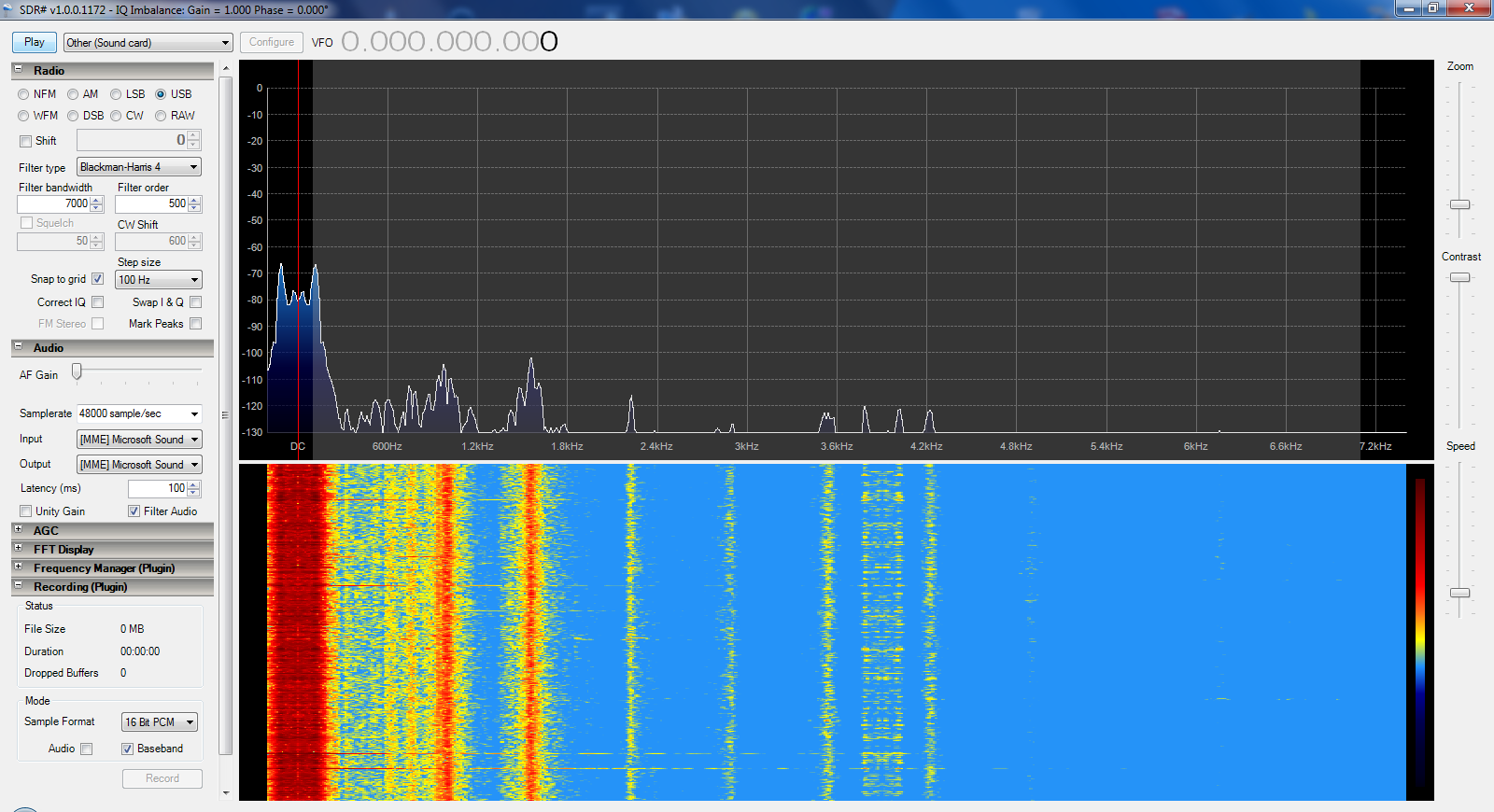 For comparison, heres what it looks like with fan off..

As you can see, its dimishing as it rotates away from wind.

By itself, this isnt much use as a wind direction-measurement device, because its impossible to know west from east, or fast wind from the SW compared to gentle wind from the NW, but the next log will explain how more cavities can resolve the ambiguities.

I made a video of the whole thing that shows whats going on.

Demo of the physics