Otto Bot LC now has its own home

You might have seen Otto LC in a project log a while ago. We now had two workshops for kids. Before and after the workshops I did quite some tweaks and add-ons. Now the PCB is held in place and the head is held shut. While at first the feet were just pressed onto the servos now they are attached using a servo horn - similar to the original model. 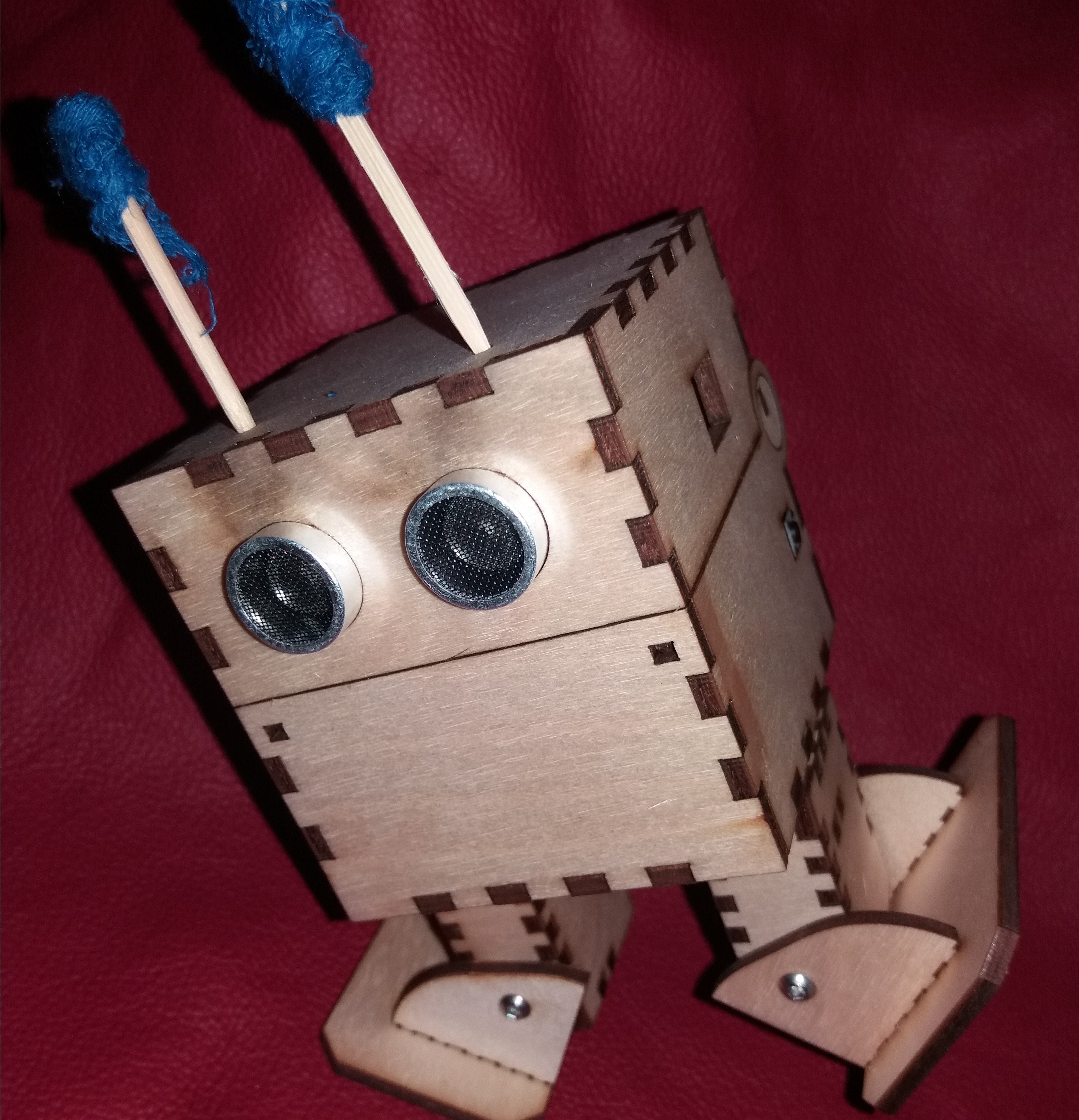 As the Otto Bot is more complicated than most boxes and needs its own instructions and components list it now lives in its own project. There also has been done a lot of work to create a better firmware and also a UI to create moves. I hope we can get that published and documented soon. We'll keep you updated over at the new project.

Images for the (Box) Generators