A community project to explore diodes as active devices. Collaborators welcome; leave your transistors at the door. 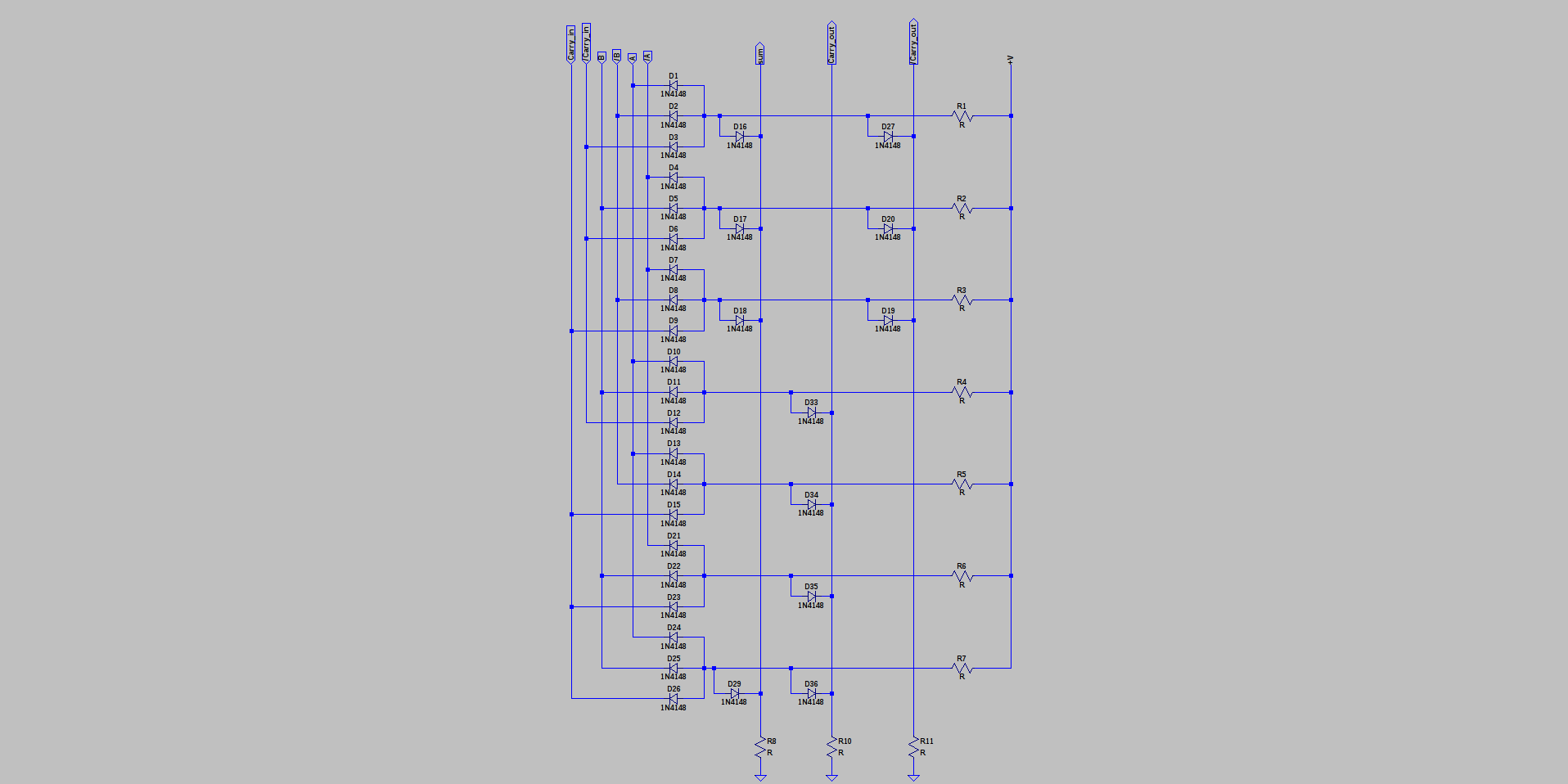 It requires inverted and true inputs for A, B, and CarryIn, and output buffers for Sum, CarryOut and /CarryOut, but that's only 6 inverters. A quick try with NOR gates used 12. With six inverters, it only requires a single DDL01 board per bit in a ripple-carry adder. That's not bad at all. Of course, there's no reason you need to limit the active devices to just diodes, either. Simple transistor inverters would work here, as would relays or other amplifier/inverters, if you're into that kind of thing.

I've convinced myself that with DDL, whose clock speeds are in the low kHz region, the speed of these cascaded diode gates are not an issue, and will greatly simplify and speed construction of a simple CPU. With faster technologies, you would have to re-evaluate this decision.

This full adder circuit can be connected to form a ripple-carry adder very easily, but there's no reason that a carry-lookahead circuit can't be constructed with the same AND/OR cascade. Maybe a 4-bit lookahead would strike a good balance between speed and number of components. I'll have to take a look at it.

Project back from the dead