After 35 years of service

A project log for A Discrete Transistor 7400 NAND GATE

If we did not have ICs then this is what a 7400 NAND gate would look like!

Well I was complaining about my Weller soldering iron so it spat the dummy.

Not really, but I went to plug it in and I got crackle and pop. Unplugging it and the fault was a broken power cable: 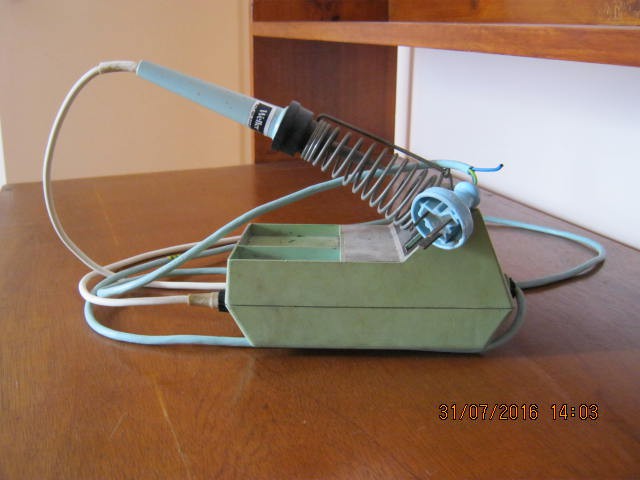 Now my Weller used to have a power switch (long gone), two metal trays (one for stuff and the other for a wet sponge) again, long gone.

The case is somewhat aged, but the black bakelite iron holder and silicon flexible cable are as good as new.

The soldering tip was replaced (once) after about a month due to using the wet sponge, now I just poke the tip through some paper to clean it and it has lasted 35 years (go figure?).

So I will have to replace the plug and bring it back to life.

The Weller will still need an offsider for the fine work.

In the mean time you will have to wait for the speed test and D-Latch/Flipflop build (assuming you are interested in this thing).