Connecting RAMPS to the Replicator

Updating my Makerbot Replicator 2 with up to date features

So now that I had the connectors mapped the first step was to connect the stepper motor drivers and set the correct current limit.

The current for the motors is (according to this and other sources):
X,Y, Extruder - 0.83A

Setting the current limit for A4988 drivers is explained there too.

After setting up the stepper motor drivers I proceeded to using a test program (can be found in the files section) with the RAMPS board with to see that I can actually control the steppers: 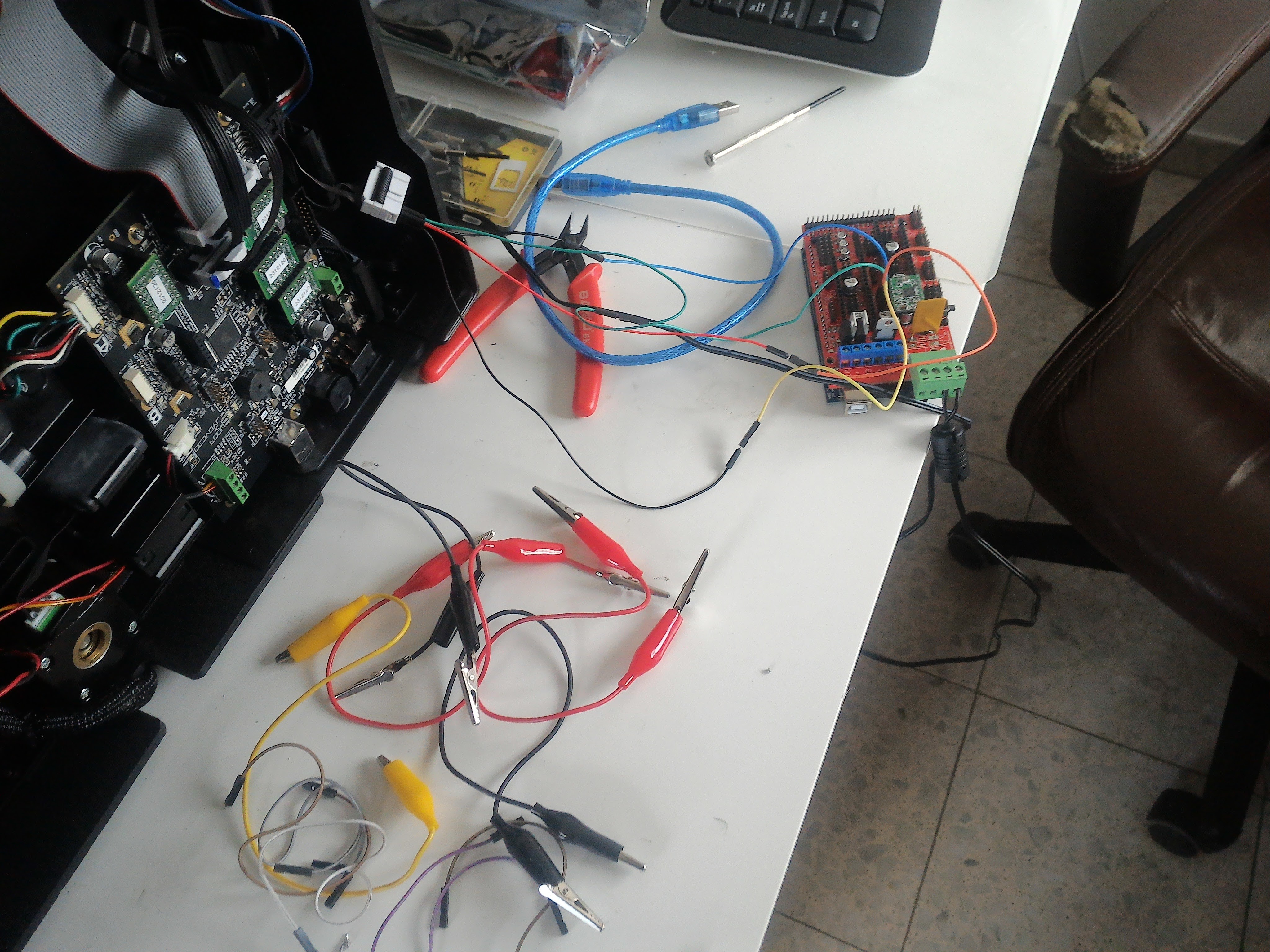 At first I used a 12V PSU (with only 1.5A!) for testing as the RAMPS board doesn't support 24V natively.

Next were the endstops using a cell battery and a multimeter in diode/conductive test mode: 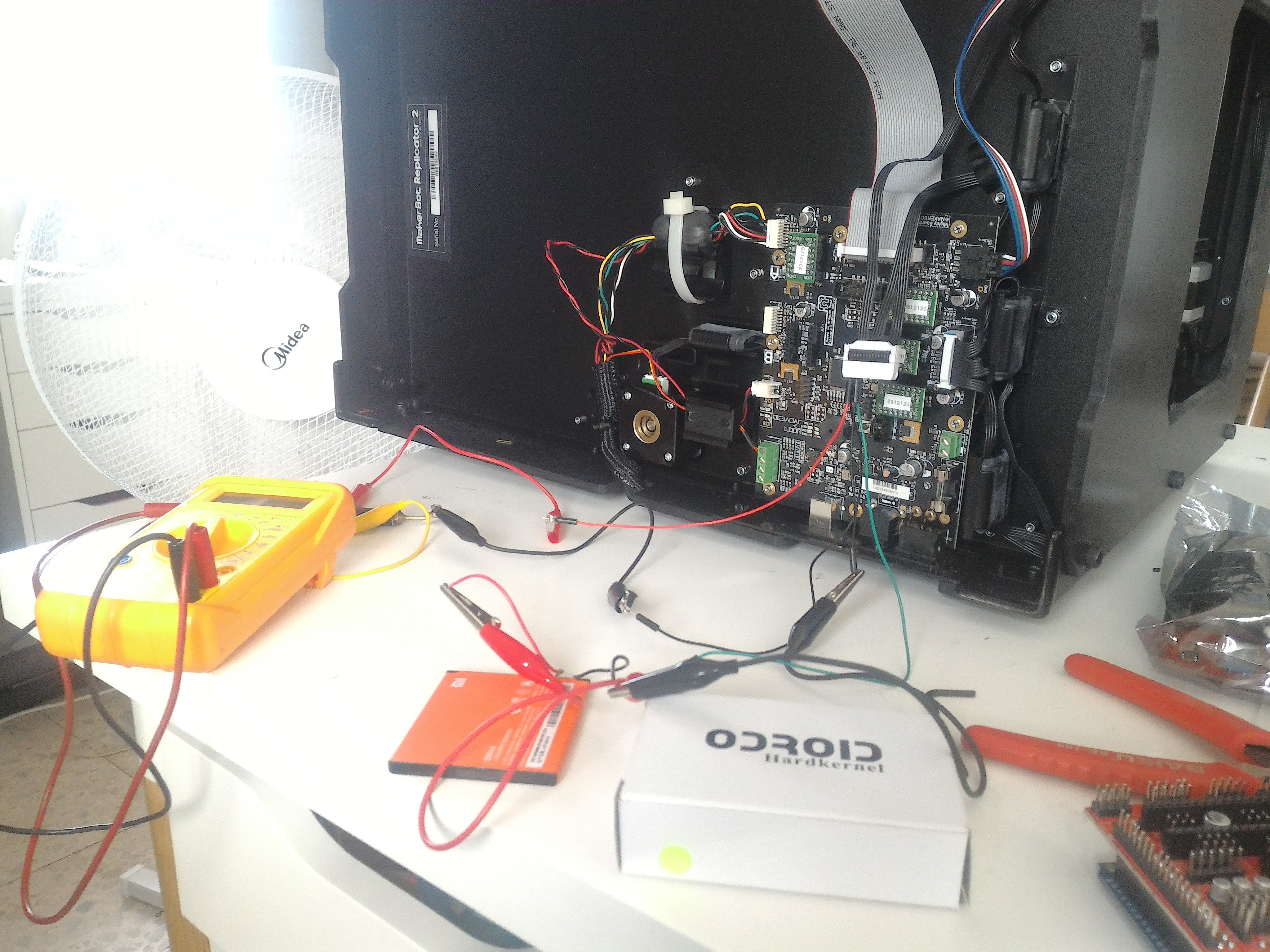 When the endstop is triggered a light will go off and the tester will beep.
I did this instead of connecting it to the RAMPS board for testing because:
1. If I mapped wrongly the pins I could harm the arduino board (there is no protection)
2. It was easier than changing the testing code to blink a led/send via serial

Now that I knew all the mappings were correct I proceed to working with 24V instead of 12V, That required to:

Now the board can work perfectly from 24V but the Arduino needs to be powered separately.

I had to cut the connector of the power supply so I could connect it directly to RAMPS, the inside of the wire is positive and the outside is negative.

Now that I had all the parts working ad-hoc I proceed with making an adapter board from Makerbot connectors to RAMPS connectors that looked like this: 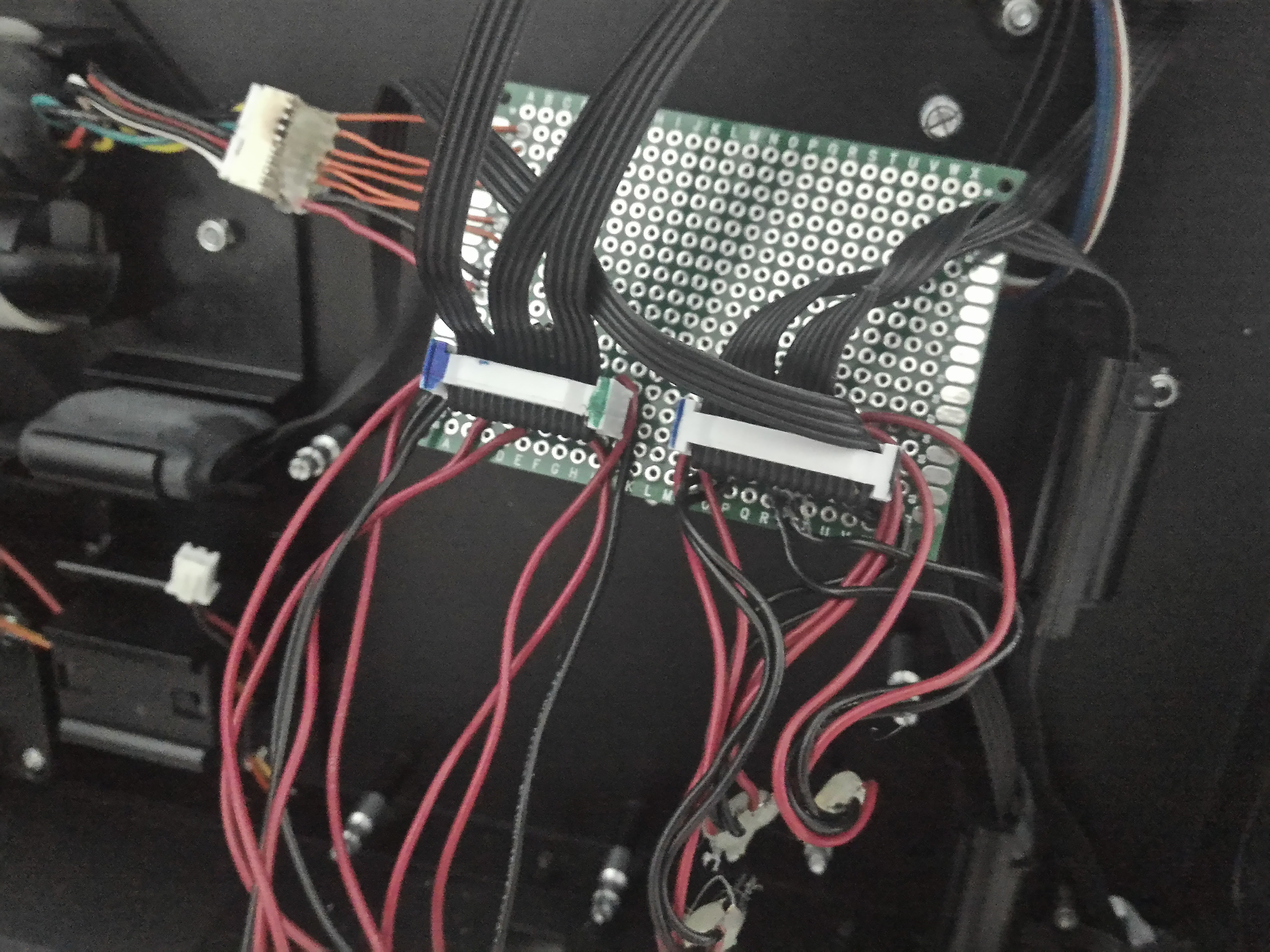 It basically adapts the steppers, endstop and extruder connectors of the replicator 2 to individual connectors for the RAMPS board.

The connector on the left is actually taken from the original board and is used originally for the second extruder: 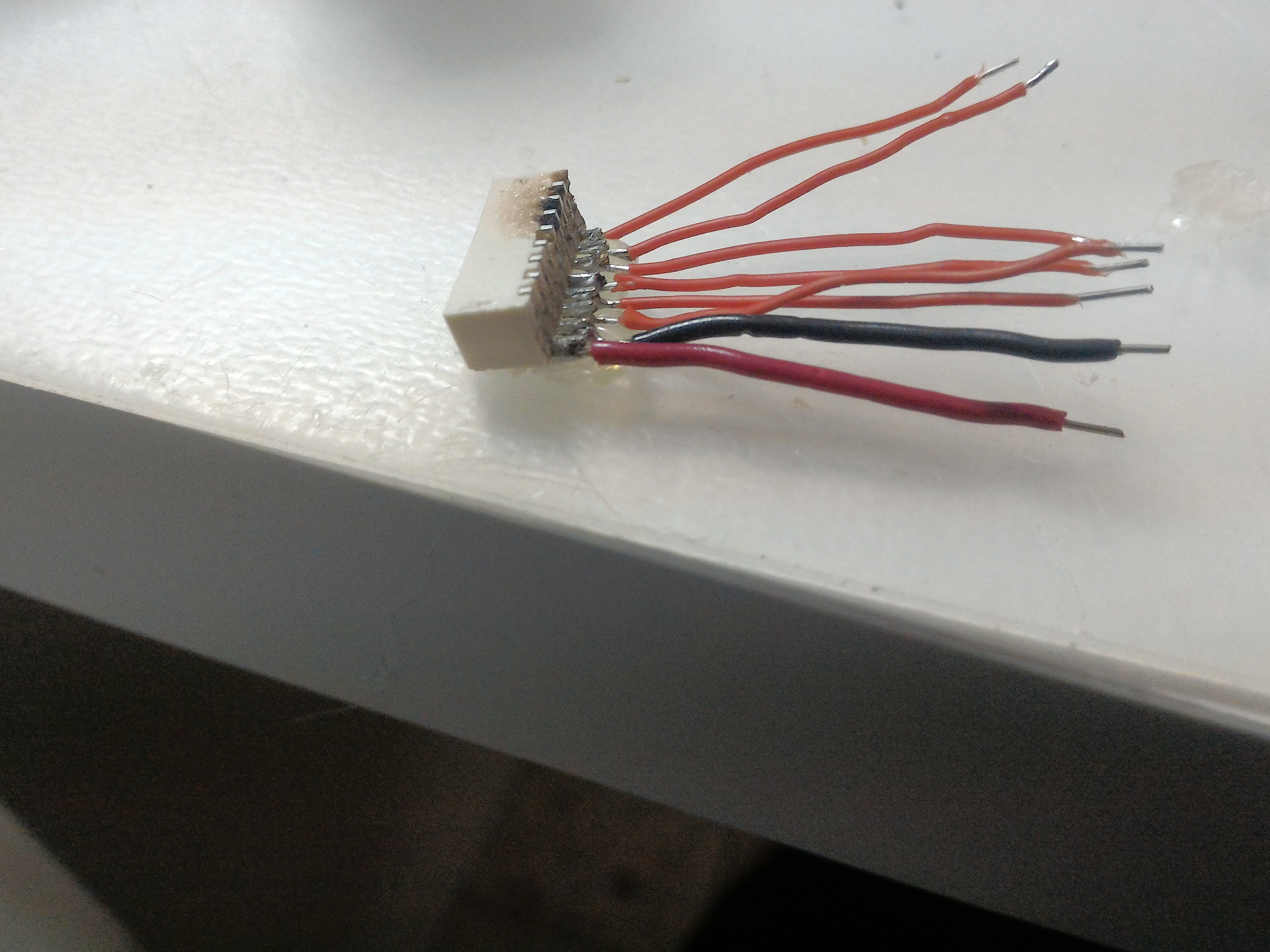 While the adapter board worked it was a PITA to solder and took a lot of space, so I changed my approach to using male-to-female cables that I just received after finishing the adapter board and some tape to hold them more securely and it is been working perfectly: 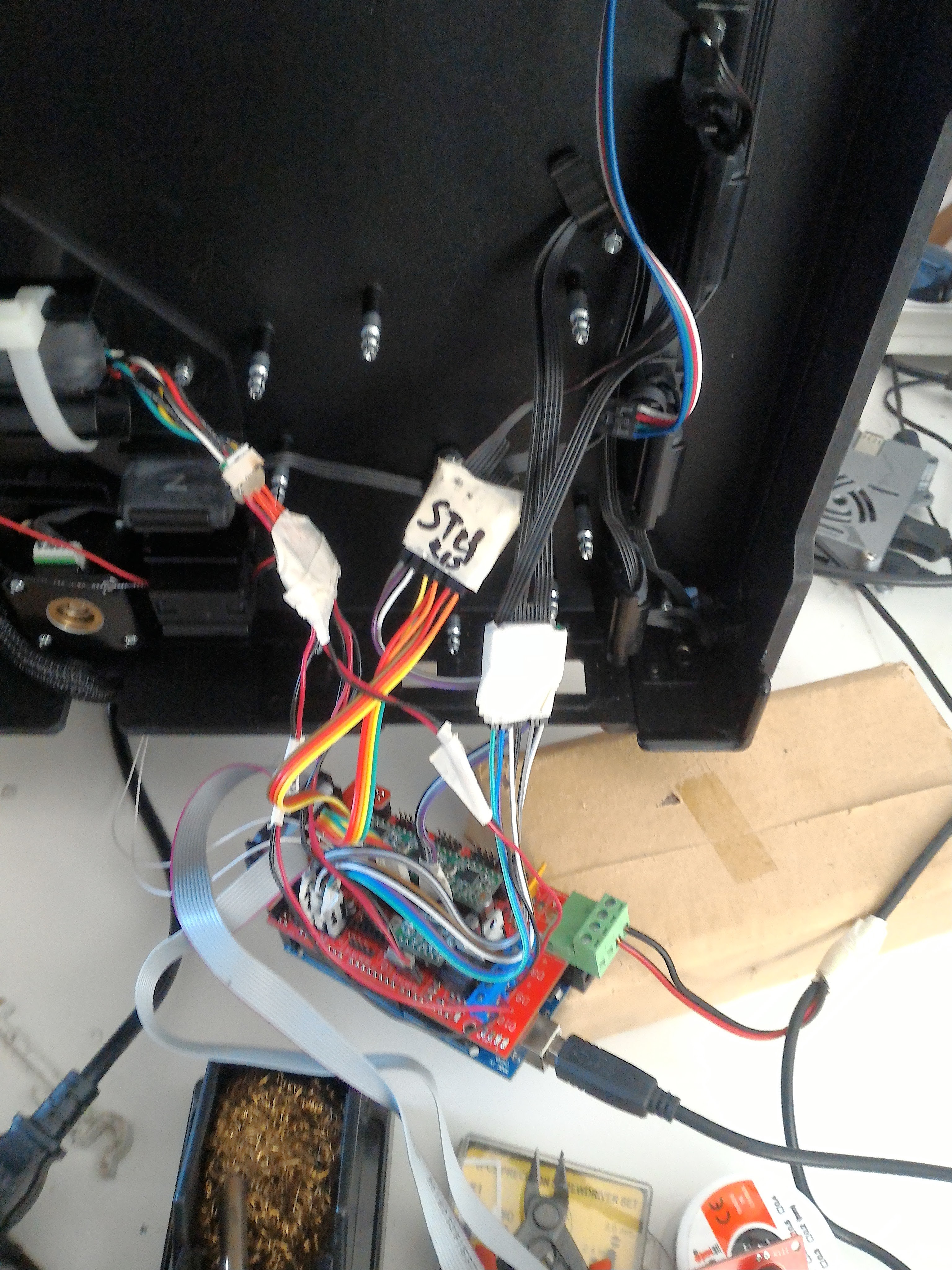 With all the parts wired the next step was configuring & installing Marlin :)

Mapping out the connections