The critical part of the "bitslice" architecture defined by #AMBAP: A Modest Bitslice Architecture Proposal is the register set. It uses quite a lot of parts ! An 8-registers implementation with 16 bits each requires 128 bits of storage ! So that's a critical part to optimise, for all kinds of good reasons: parts count, power draw, cost, space and of course : speed...

So what's the smallest bit-storage element ? The R/S flip-flop requires 2 storage elements and 2 "upset" or "override" transistors. A 128-bits set requires 512 transistors... yet it could be worse. And I don't even count the "interface"/buffer transistors (that's 640 now). 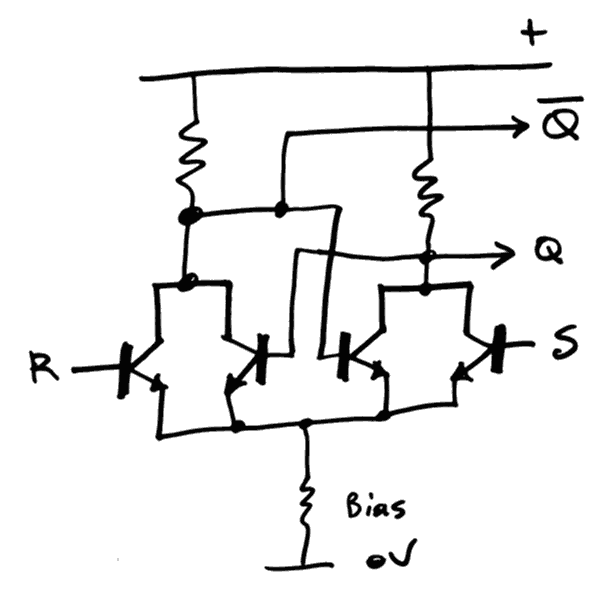 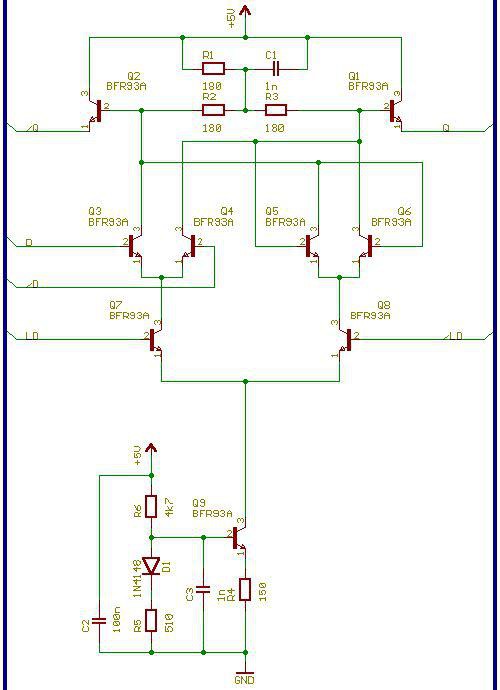 Because the latch is only one element : we have the write select and the two read select circuits !

However Dieter's circuit is fully differential and requires two differential inputs, or 4 wires, which also increases the number of driving transistors. The differential LD signal might be the hardest part because the D input is a simple value that can be "faned out". The clock signal however must be steered to the appropriate register (let's say one of the 8 registers). For the simpler R/S flipflop, I think I have found a simpler method: it's unipolar and uses less transistors (again, buffer transistors are omitted): 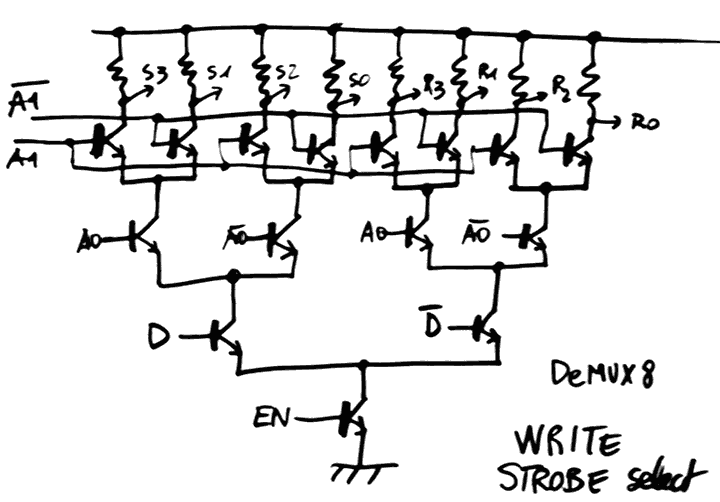 The D and /D inputs could be coming from a previous flip-flop, or even merged with the buffer outputs (I should check this and the voltage levels might be incompatible but hey... maybe complementary transistors could help here ?)

The cool thing is the EN input : the A0-A1 inputs can take some time to settle (and ripple down the fanout amplifier circuits) and a single EN strobe will then propagate to only one output. The EN signal can come from the same signal that drives /LD of Dieter's latch.

I'm OK to sacrifice a bit of speed in order to save transistors and I'm not sure this circuit runs as fast as a NOR3-only D-ECL circuit but I got fast transistors so what. Furthermore, this circuit seems to work as well for Silicon transistors :-) (it's only a matter of setting the correct bias currents and voltages)

Parts count for the writer tree : 2 or 3 transistors per latch, depending on the necessity of a buffer. Maybe mixed PNP and NPN could be used to save more parts. 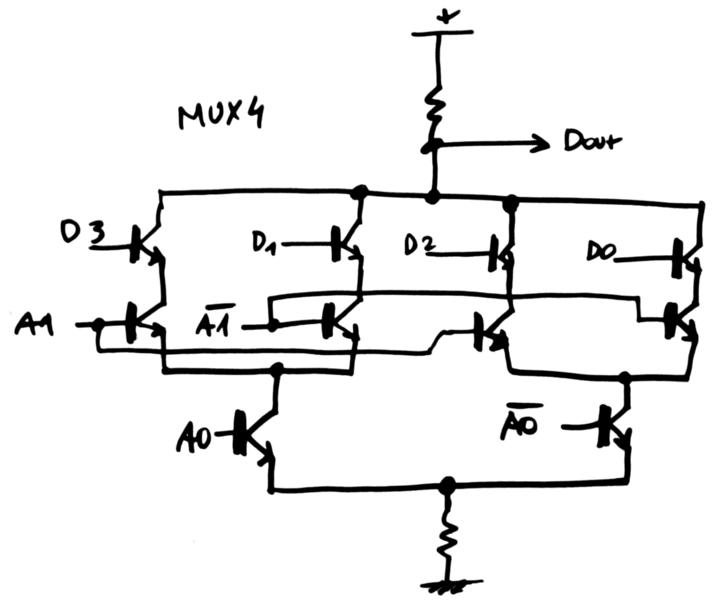 Now, you can't deny that this circuit is pretty compact: it uses less transistors than NORx circuits and I'm ready to accept that it's not as fast as plain D-ECL.

The "language" of ECL