A project to add lean angle overlay to your motorcycle videos

I like riding motorcycles and I wanted to add a data overlay to my helmet mounted GoPro videos to show the lean angle.

I've wanted to add data overlays to my motorcycle videos taken with GoPro for some time. This project is my efforts to make it happen. Mainly I wanted to have an overlay that shows the current lean angle of the motorcycle.

The firmware for the ESP8266 has been developed with the opensdk. There are a number of functions, more or less following this order. 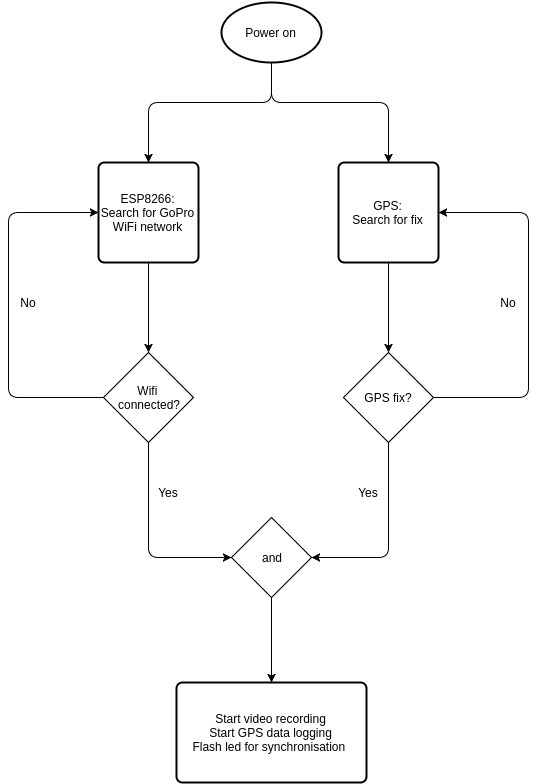 A command line tool to generate the frames for the final video. The tool parses the recorded GPS data log, calculates an estimate of lean angle, applies a low pass filter to the output and generates png images that can be imported as frames for the video. Github link provided.

If you use a savitzky-golay filter, the lean angle will be much more responsive. It is more computationally intensive, but probably worth it (especially if done on the PC after the fact)

Hi, thanks for the suggestion. I'll definitely have a look into it. I uploaded a plot of the raw and filtered (FIR LPF) lean angle which I think is giving a pretty reasonable result. With the benefit of post processing there is no phase delay with the lowpass filter which is nice :)